Cannabis stocks, as measured by the Global Cannabis Stock Index, added to big January gains, rallying 6.0% in February to 98.62: 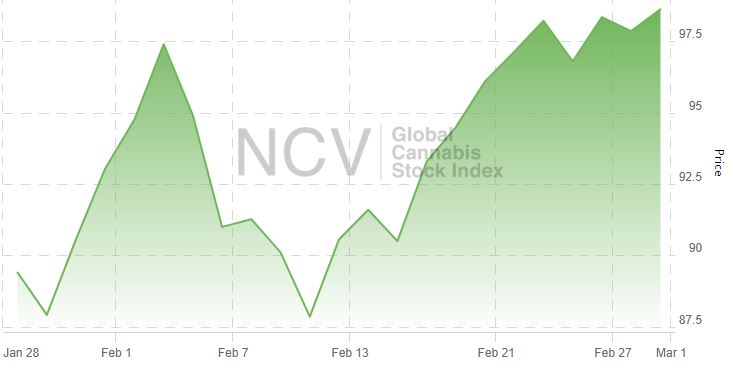 Leading the way, all with returns in excess of 20%, were:

Village Farms uplisted to the NASDAQ during the month. Innovative Industrial Properties raised capital successfully and was also added to the S&P 600 SmallCap Index.

Three names fell by more than 20% during February:

Wayland Group provided guidance on its Q4 and Q1 revenue during the month. Namaste Technologies fired its CEO, Sean Dollinger. Canopy Rivers, which had rallied 94% in January, gave up some of the gains after pricing an equity offering.