The Global Cannabis Stock Index fell for the ninth consecutive month, declining 9.6% to 37.13: 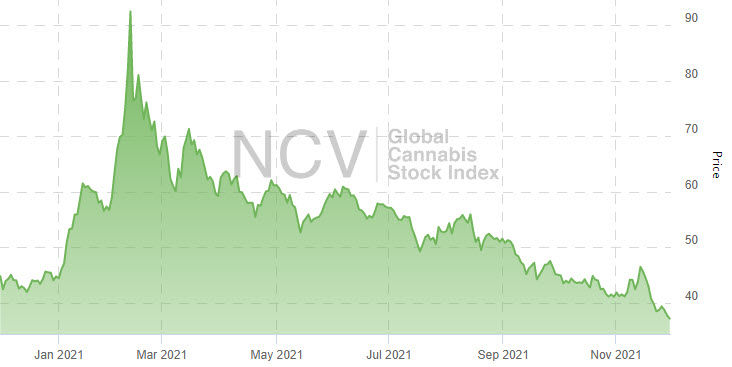 The strongest 4 names in November all gained at least 7%:

High Tide has gained 109% in 2021, while InterCure has lost 28% since year-end, when it was trading as a SPAC. Taat Global Alernatives has gained 17%, and Columbia Care has declined 47% year-to-date.

The 4 weakest names in November all declined by more than 29%:

We will summarize the index performance again in a month and provide a summary of the year-end rebalancing. You can learn more about the index members and the qualifications for inclusion by visiting the Global Cannabis Stock Index. A more complete analysis of the index is available at 420Investor.com. Be sure to bookmark the page to stay current on cannabis stock price movements within the day or from day-to-day.