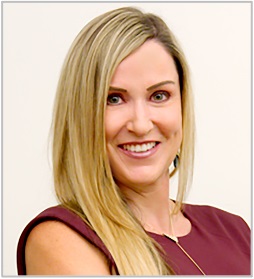 Gold Flora is a vertically integrated single-state operator. The company has cultivation, manufacturing, distribution and retail operations in California. Vertical integration, including its own brand, sets the company up for growth with higher margins, according to CEO Laurie Holcomb. Holcomb spoke with New Cannabis Ventures about Gold Flora’s focus on California and the West Coast, forming partnerships and preparing for mass consolidation in the cannabis industry. The audio of the entire conversation is available at the end of this written summary.

Holcomb worked with startups in the dot-com space of the 1990s, eventually selling companies to major players like Microsoft and Hewlett Packard. In the 2000s, she moved into California real estate development. It was during this phase of her career that she discovered a number of California cities were changing their general plans to allow for cannabis zoning. At this point, Holcomb decided she wanted to be an early mover in the cannabis industry.

Despite the challenges of being an early mover, Holcomb was able to purchase 28 acres to build a 620,000-square-foot cannabis campus in Desert Hot Springs. Next, she took a tour of the legal Colorado market with investors she had worked with for years in the retail space. She raised a $10 million friends and family round and launched the operating company Gold Flora four years ago.

In addition to Holcomb, the Gold Flora team includes COO Greg Gamet and CFO Chris Martin, both of whom have been with the company since its inception and were integral in the early success of KushCo Holdings.

The company currently distributes 15 different brands. It charges a 15 to 20 percent distribution fee depending on how much product it delivers. While margins for distribution are typically low, it made sense for the company to include distribution in its vertically integrated operations, according to Holcomb. The company likes to have that touchpoint and understand what the shelves look like in retail stores.

Gold Flora currently has one store: King’s Crew in Long Beach. Retail is the company’s current focus for expansion. With the team’s background in real estate, Gold Flora will be seeking prime locations with high levels of tourism in limited-license jurisdictions. This likely means locations closer to the ocean will be a priority.

Gold Flora will be taking a three-pronged approach to retail expansion. First, it will consider organic growth, applying for licenses and securing retail. Second, it will consider acquiring licenses. Third, the company is considering a retail acquisition roll-up strategy.

Opportunity in the California Market

The illicit market has been a major challenge to the legal market in California, but the state is making significant strides, according to Holcomb. She points out that more stores are opening and revenue from the legal market is increasing, a trend that will continue to erode the illicit market. California is anticipated to reach at least 800 stores this year, according to Holcomb.

While Gold Flora has the ability to scale up to 500,000 square feet of canopy, it will pace that expansion to the growth of the market. There need to be enough retail stores to justify the expansion.

Gold Flora announced a strategic partnership with Canadian company Stately Brands at the beginning of 2021. Stately Brands, which is run by the team that operated DOJA Cannabis in Canada that was sold to Canopy Growth,  was looking for a vertically integrated operator with a significant footprint, and Gold Flora was looking for cash to help accelerate its growth.

Together, Gold Flora and Stately Brands will develop some products. Gold Flora will also be able to leverage the Stately brand.

The partnership also gives Gold Flora the ability to go public on the CSE.  The Stately Brands corporation is fully vetted and approved to do a direct listing on the CSE, which means Gold Flora would not need to find an RTO or shell, according to Holcomb.

As the company pursues this goal, it could eventually become a regional MSO. Holcomb does not see any need to leave the West Coast. Right now, Gold Flora remains focused on gaining as much market share as possible in California. In the future, it could venture into states like Nevada, Arizona, Colorado, Washington and Oregon. The company could look at a go-public liquidity event as it expands on the West Coast, according to Holcomb.

Gold Flora’s portfolio includes a line of high-end vape pens. The White Gold vapes are CBD products. Gold Rush vapes have more than 90 percent THC, and Black Gold products have 80 to 90 percent THC. The company recently launched its Naked AF vape at a $25 retail price point, which has proven popular with the 21 to 34 consumer category, according to Holcomb.

In addition to its vape products, Gold Flora is focused on providing a high-quality, affordable selection of indoor flower products.

When the company’s manufacturing operations are up and running, it will likely launch a gummy product. Holcomb and her team regularly receive requests for edibles to address sleep.

R&D in the tincture product sector is also of interest. If the company does decide to enter the concentrates space, Holcomb expects it will white label with a company that does butane extraction. Gold Flora’s extraction facility uses CO2.

Building from the Bottom Up

The lion’s share of capital is going to public companies in the cannabis space, according to Holcomb. She and her team have built Gold Flora from the bottom up, facing the challenge of obtaining the necessary capital to grow. Following the $10 million friends and family round raised in Q4 of 2017, the company completed a $15 million debenture round in June 2019. In Q4 2020, the company completed a round oversubscribed at $20 million. The company’s investors are primarily high-net-worth individuals, as well as a couple of institutional groups.

The capital the company just raised will be going toward the expansion of its cultivation operations. Limited licenses and other barriers to entry make indoor cultivation an important space for the company to be, according to Holcomb.

When the company does raise more capital, it will likely be via a public event or a private M&A fund. This move will be to help fund the expansion of retail.

Positive cash flow, revenue and EBITDA are Gold Flora’s driving metrics. Gold Flora has been EBITDA-positive since June 2020, and it is expected to become cash-flow-positive this quarter. Without any M&A, the company is aiming to reach $100 million in revenue this year, according to Holcomb. Cultivation will be the major growth driver with the highest EBITDA margins, followed by manufacturing, retail and then distribution.

Consolidation is the biggest opportunity ahead of the company. Retail stores are likely going to be looking for an exit with a vertically integrated partner as consolidation continues, and the Gold Flora team has established relationships in the market. The company’s goal is to put together a network of these operators, creating a powerhouse in the California cannabis space.

To learn more, visit the Gold Flora website. Listen to the entire interview: