In determining its projections, Goldman Sachs incorporated a significant amount of off-label sales for Epidiolex, the company’s cannabis-based treatment for rarer forms of epilepsy.  The company intends to file a New Drug Application (NDA) with the FDA in the first half of 2017, and Goldman Sachs expects the drug, if approved, could reach peak sales of $1.6 billion in 2025, with off-label pediatric sales amounting to over 50%. The $349 potential acquisition price is based upon the company being worth a multiple of 11 times the expected 2020 revenue estimate of the firm, a multiple that it believes is warranted after reviewing mergers and acquisitions in the biotech space over the past decade. 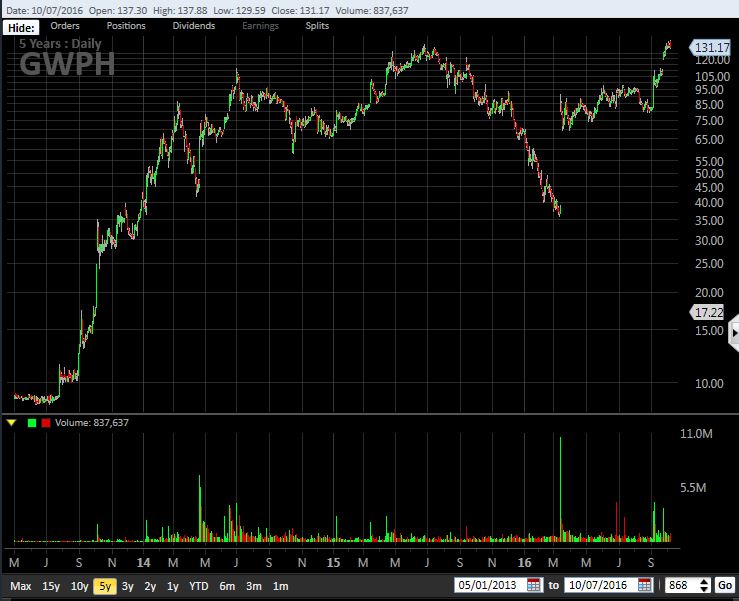