In an 8-K filing after the close, GrowGeneration (OTC: GRWG) shared a copy of slides that will be presented at the ROTH Conference in Dana Point, CA over the next few days. The company provided substantial new information about its operations, but one of the most interesting slides detailed its outlook for revenue and EBITDA over the next three years. The wholesale distributor of hydroponic grow supplies expects to produce sales of almost $85 million in 2020 and increased its 2018 guidance from $30 million to $37 million: 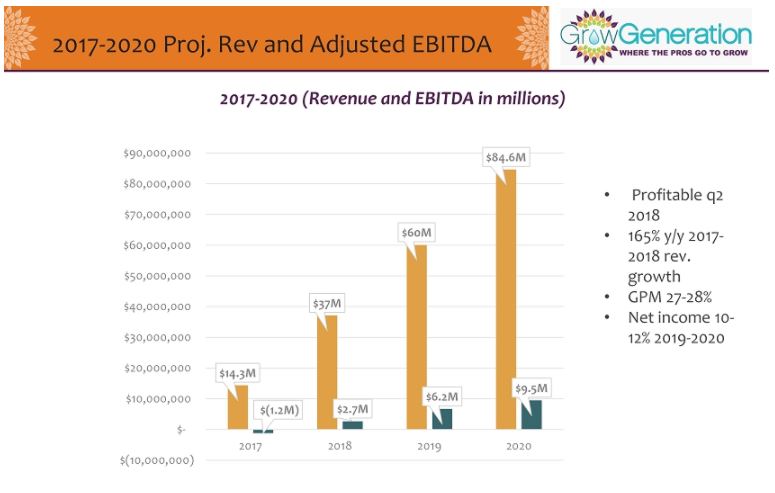 GrowGeneration has operations presently in Colorado, California, Nevada, Washington and Rhode Island, and it is looking to expand into Oregon, Arizona, Florida and several states in the Midwest and the East Coast, with a near-term focus on Oregon, Michigan, Massachusetts and further into California.