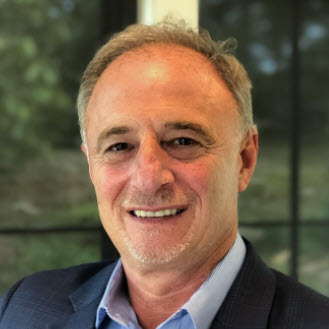 GrowGeneration (NASDAQ: GRWG) has 63 stores in 13 states and nearly 800 employees. The national hydroponics chain has hundreds of SKUs and a multi-channel sales approach, allowing customers to shop online and in-store. Co-Founder and CEO Darren Lampert last spoke with New Cannabis Ventures in January, and he reconnected to talk about the company’s current markets, recent acquisitions and 2021 projections. The audio of the entire conversation is available at the end of this written summary.

New to the C-Suite

The company has made a number of changes to its C-suite this year. Jeff Lasher joined as CFO, bringing his retail experience serving as CFO of companies like Crocs and West Marine. Paul Rutenis came on board as Chief Merchandising Officer, and Dennis Sheldon joined as the company’s Chief of Supply Chain and Systems. GrowGeneration is also planning to add a Senior VP of Finance and Senior VP of Marketing soon.

The GrowGeneration Footprint and Expansion

GrowGeneration is bullish on the markets across its footprint, including more mature states and markets just coming online. Most recently, the company entered New Mexico via the acquisition of All Seasons Gardening.

While some market participants have noted a slowdown in the California market, Lampert remains optimistic. He expects to see a year of normalization there followed by tremendous growth in 2022. GrowGeneration has added 120,000 square feet of distribution and retail space in southern California.

When it comes to future growth, the GrowGeneration team is looking back east. Markets like New Jersey, New York and Connecticut are promising as legislation moves forward. Right now, the company has strong stores in Rhode Island and Maine. The company is also interested in the Virginia and Pennsylvania markets.

GrowGeneration’s online business has continued to grow since the beginning of the year. The company added a website (agron.io) for its commercial customers, dividing its ecommerce business into two segments. The online operations for individual growers and commercial growers are expected to eclipse $40 million in business this year, according to Lampert.

Acquisitions have been a significant driver of growth for GrowGeneration this year. The company increased its store count from 38 to 63. Each transaction brings new team members and leaders. Thus far, the company has had no issues with integration, according to Lampert. The company entered the Massachusetts market this year and went deeper into the southern California market.

Recently, GrowGeneration announced the mutual decision to terminate the HGS Hydro acquisition in Michigan. The timing for the deal ultimately wasn’t right and looking at the company’s balance sheet, it was in the best interest of the company’s shareholders to exit the transaction, according to Lampert. GrowGeneration continues to have a strong position in the Michigan market with $50 million in business.

Next year, GrowGeneration will likely focus more on green-fielding stores than on acquisitions. The company will focus on building the 10,000 to 15,000-square-foot warehouse-style store that it has found to be effective across its footprint. It will be considering opportunities in existing markets and new markets. The company may also do a few tuck-in acquisitions. GrowGeneration is aiming to have more than 100 stores in 2023.

GrowGeneration will likely not need to raise more capital unless it is for something truly transformational, and the team doesn’t think there are currently any opportunities like that, according to Lampert. He believes the capital on the company’s balance sheet is sufficient to fund the company’s future growth.

To learn more, visit the GrowGeneration website. Listen to the entire interview: