Cannabis sales decreased 2.2% in September compared to August according to cannabis data analytics firm BDSA. Looking at a per-day basis, sales increased 1% month-over-month. In this review, we will look at the markets one-by-one, beginning with the eastern markets and then concluding with the western markets. In total, sales across the 11 markets totaled $1.64 billion during the month.

BDSA provides coverage for Florida, Illinois, Maryland, Massachusetts, Michigan and Pennsylvania. In September, year-over-year growth ranged from -13.1% in Maryland to 24.9% in Florida. Note that Florida, Maryland and Pennsylvania are medical-only markets. 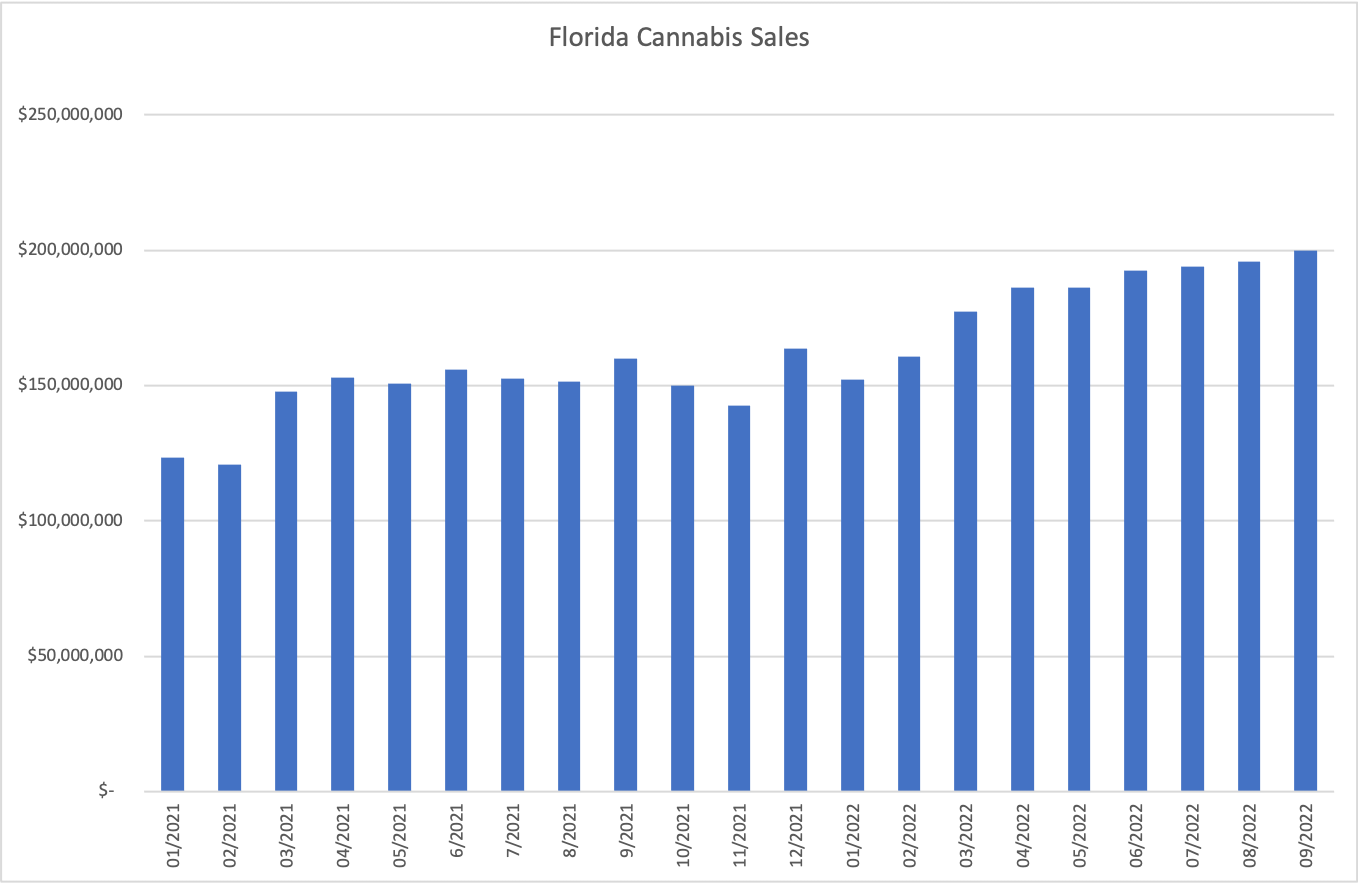 We previously published data released by the state showing that sales grew 0.2% from August and increased 3.1% from September 2021. BDSA estimated sales of $158.7 million, up 0.2% sequentially and 3.9% from a year ago. Compared to last year, flower sales were flat, pre-rolls jumped 29%, ingestibles fell 2% and concentrates increased 8%. 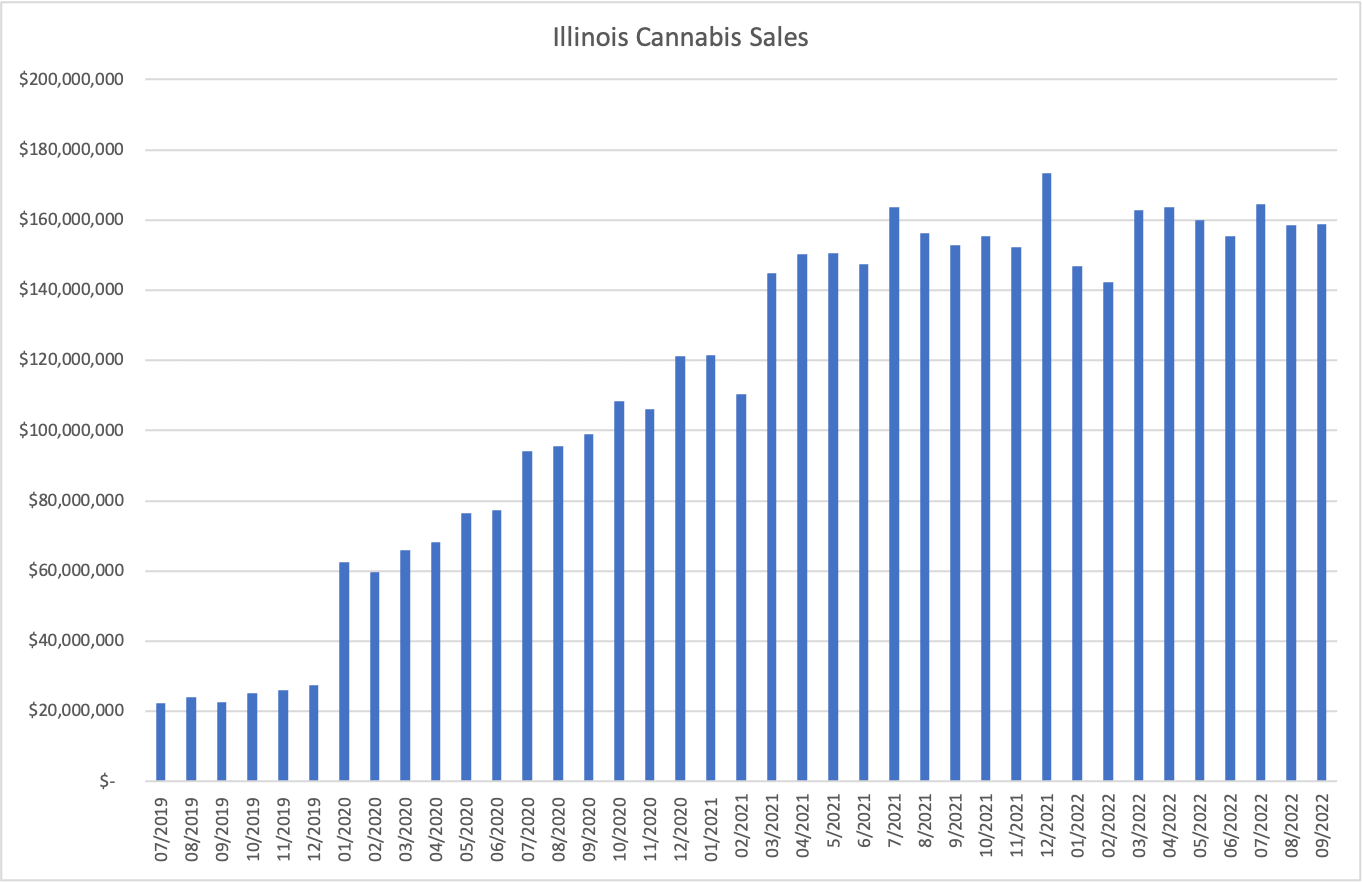 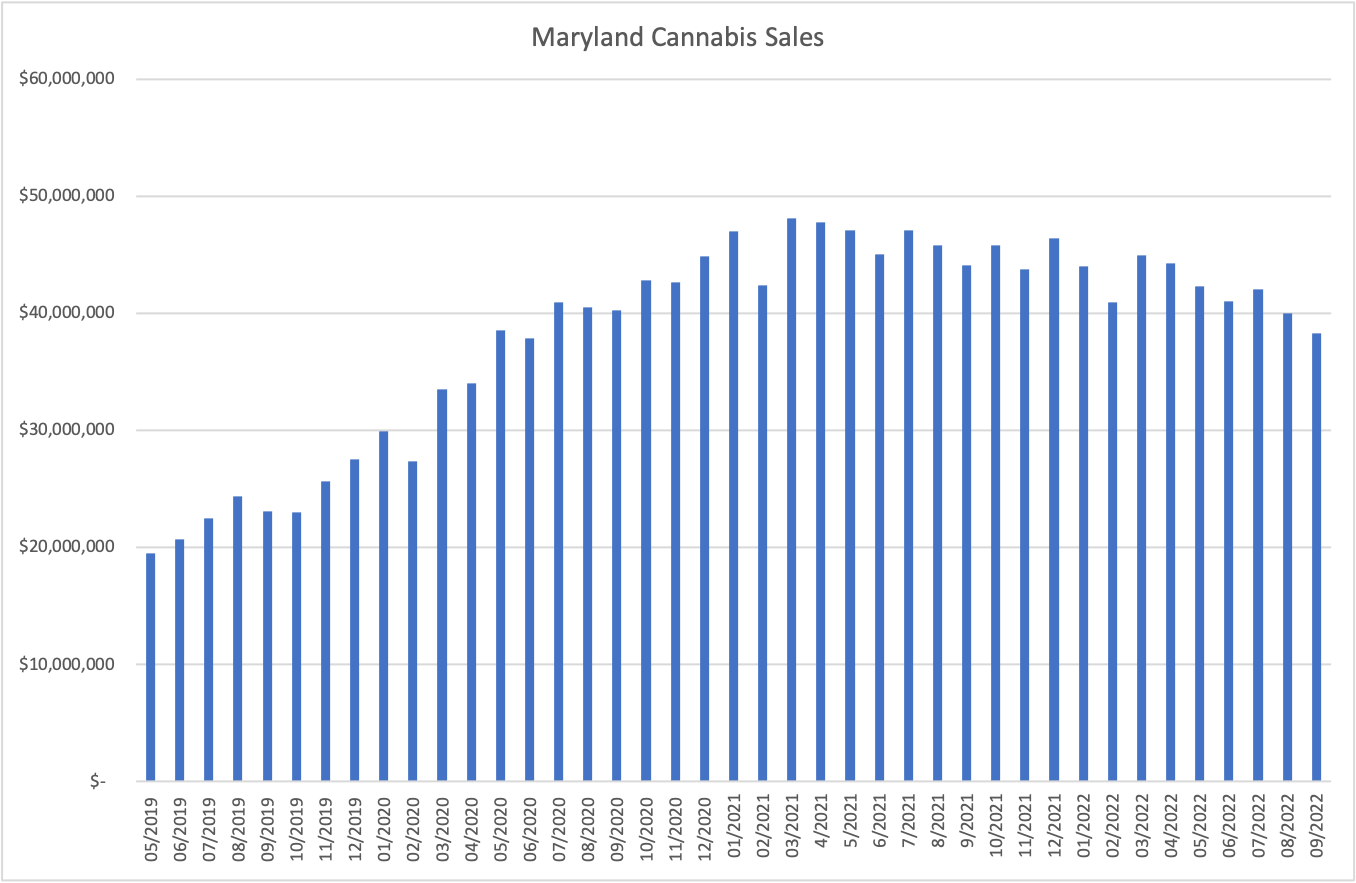 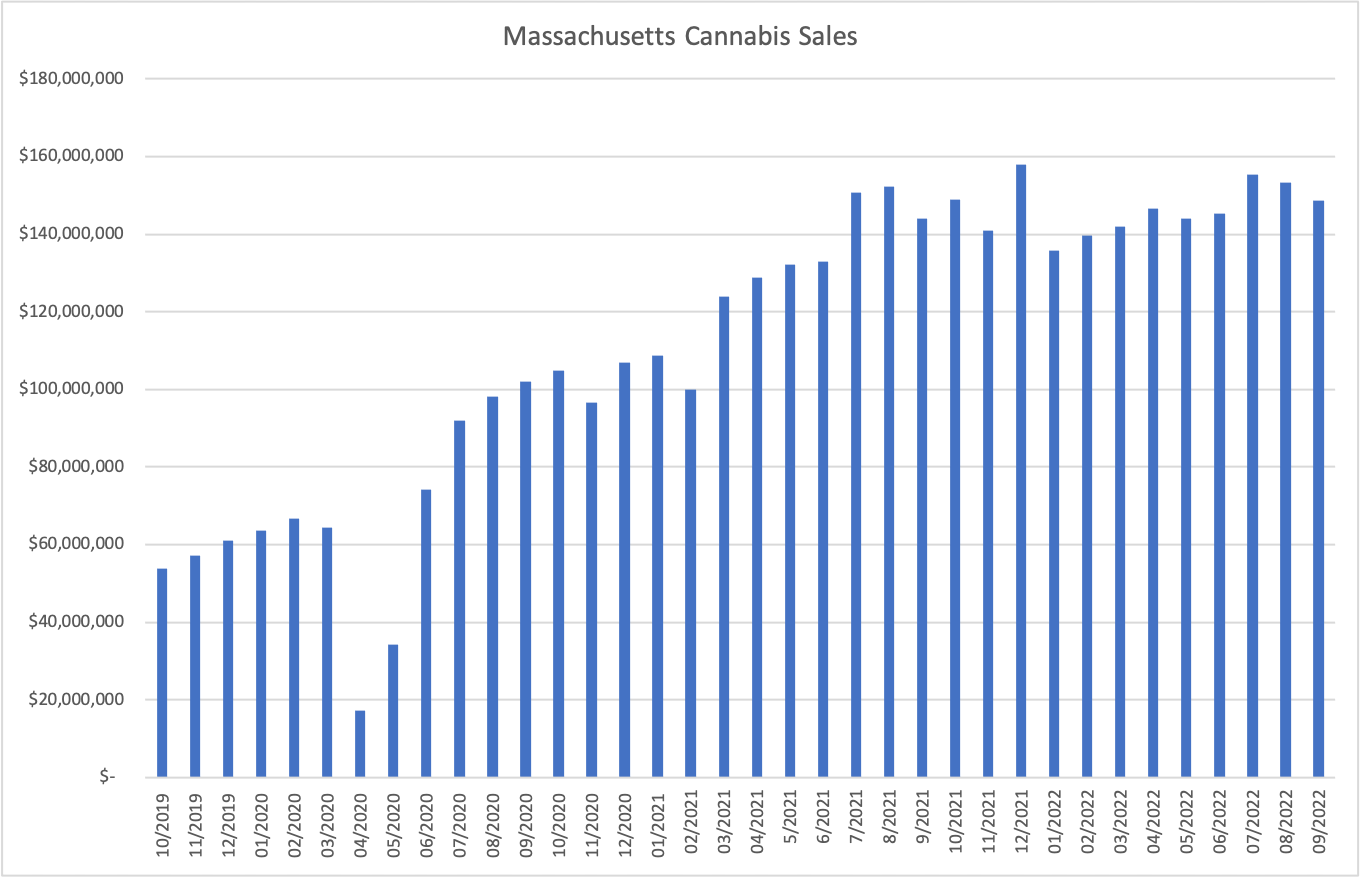 We had previously written about data released by the state indicating that Michigan cannabis sales grew 2% sequentially and 31.4% year-over-year. BDSA estimated sales of $212 million, up 2% sequentially and 29.3% from a year ago. Flower sales increased 37%, while concentrates grew 22%. Pre-rolls jumped 57% and ingestibles gained 5% compared to prior year. 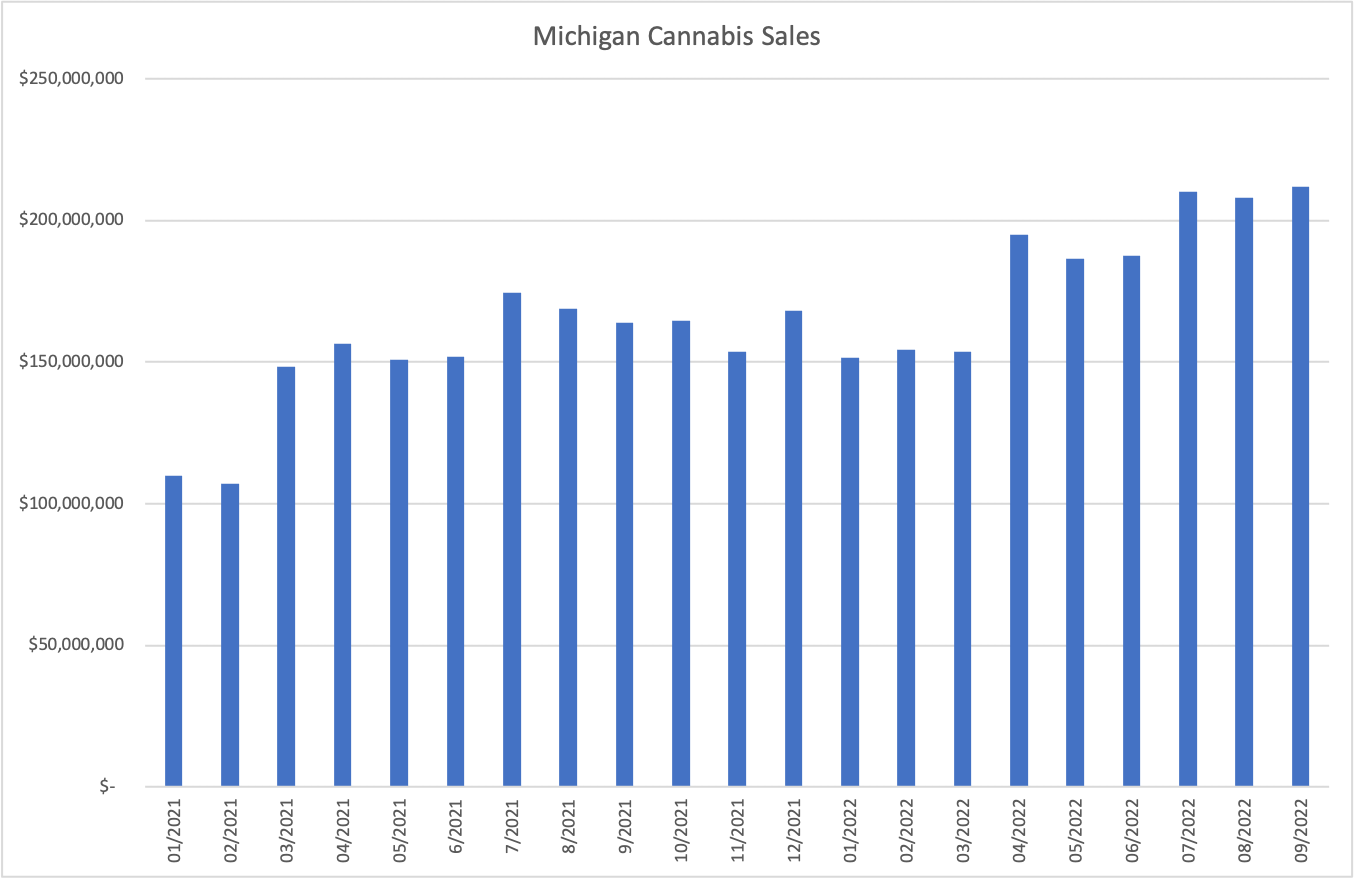 Sales declined 0.5% in September to $92.7 million, down 9.1% compared to a year ago. Flower sales decreased 5% year-over-year, concentrates fell 13%, while ingestibles were down 4%. 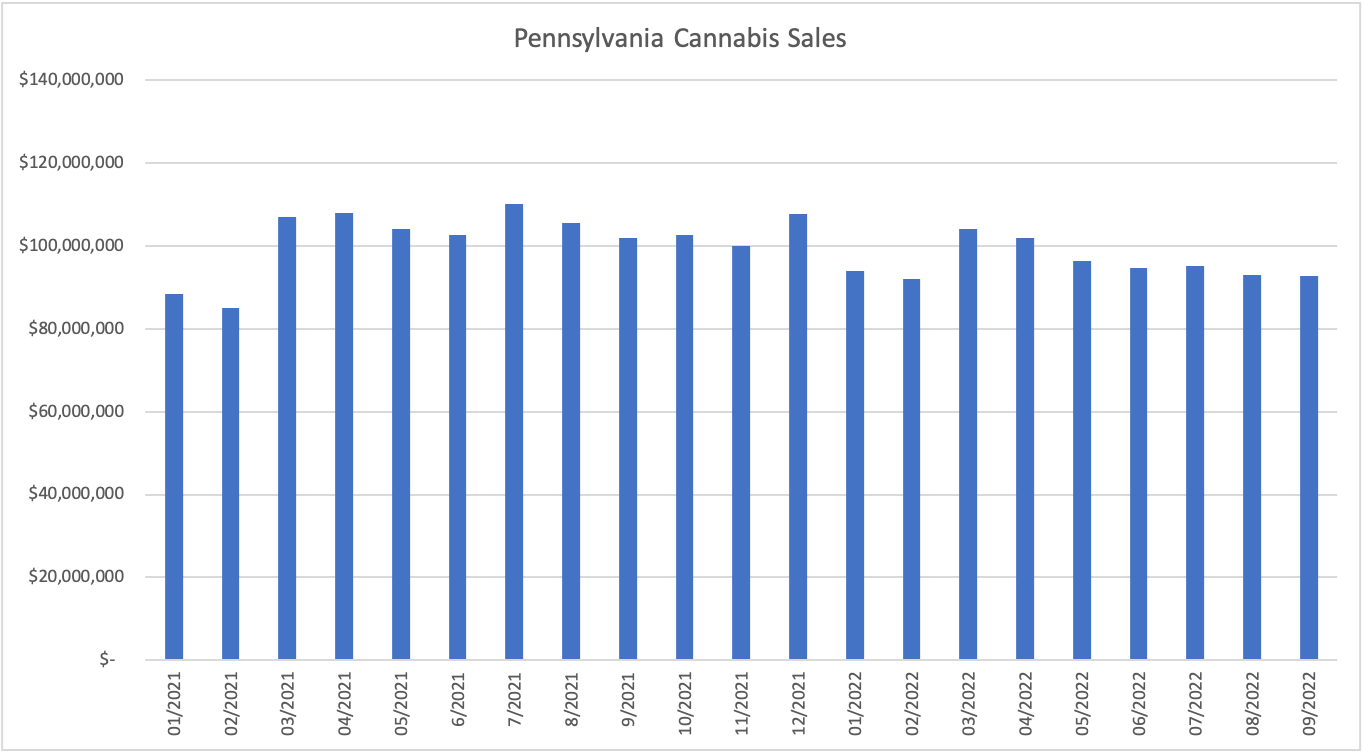 BDSA provides coverage for Arizona, California, Colorado, Nevada and Oregon. In September, year-over-year growth ranged from -24.7% in Nevada to -1.7% in California compared to a year ago. 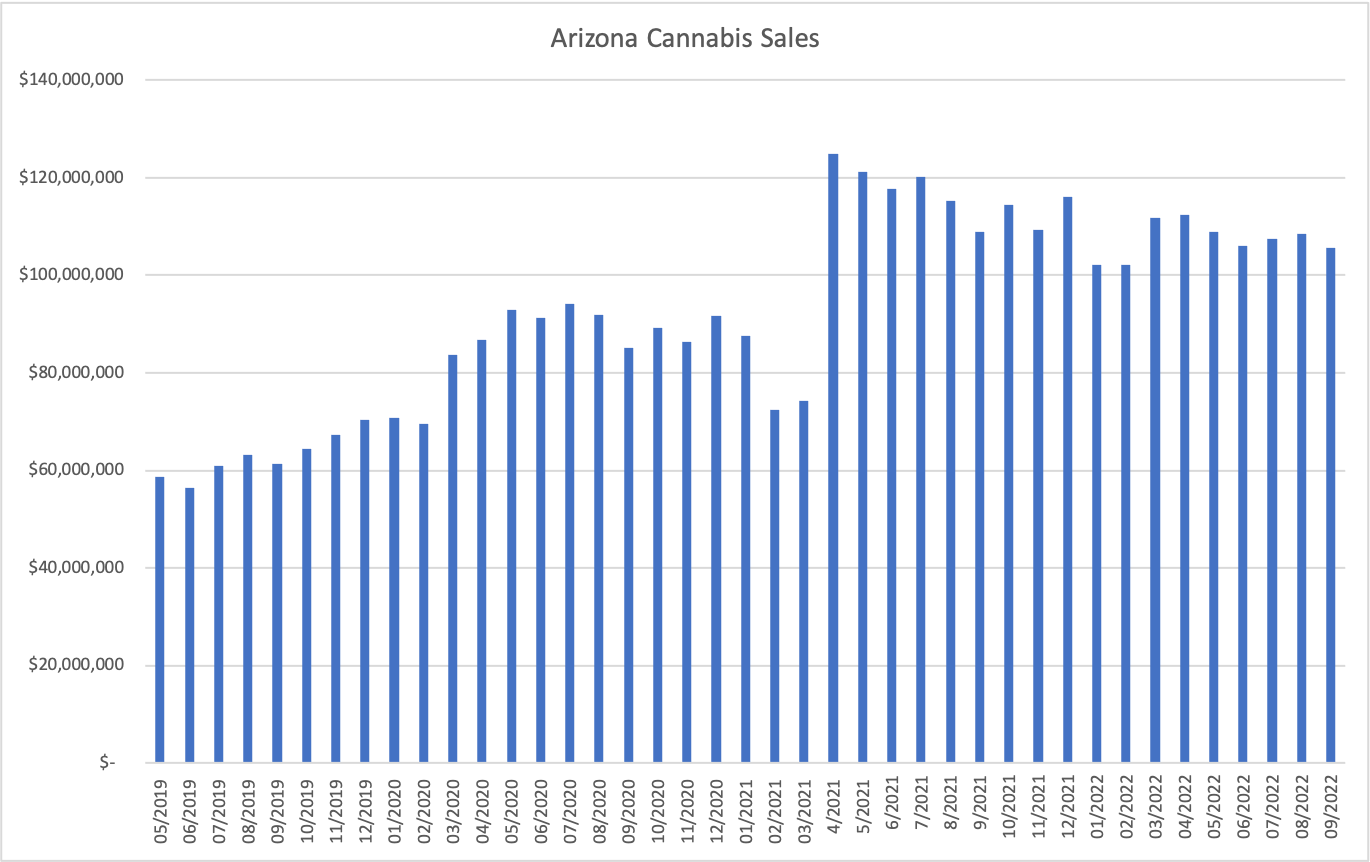 California sales fell 5.5% sequentially to $395.3 million and decreased 1.7% compared to a year ago. Flower sales were down 11%, while pre-rolls grew 12%. Ingestibles gained 7% and concentrates were flat year-over-year. 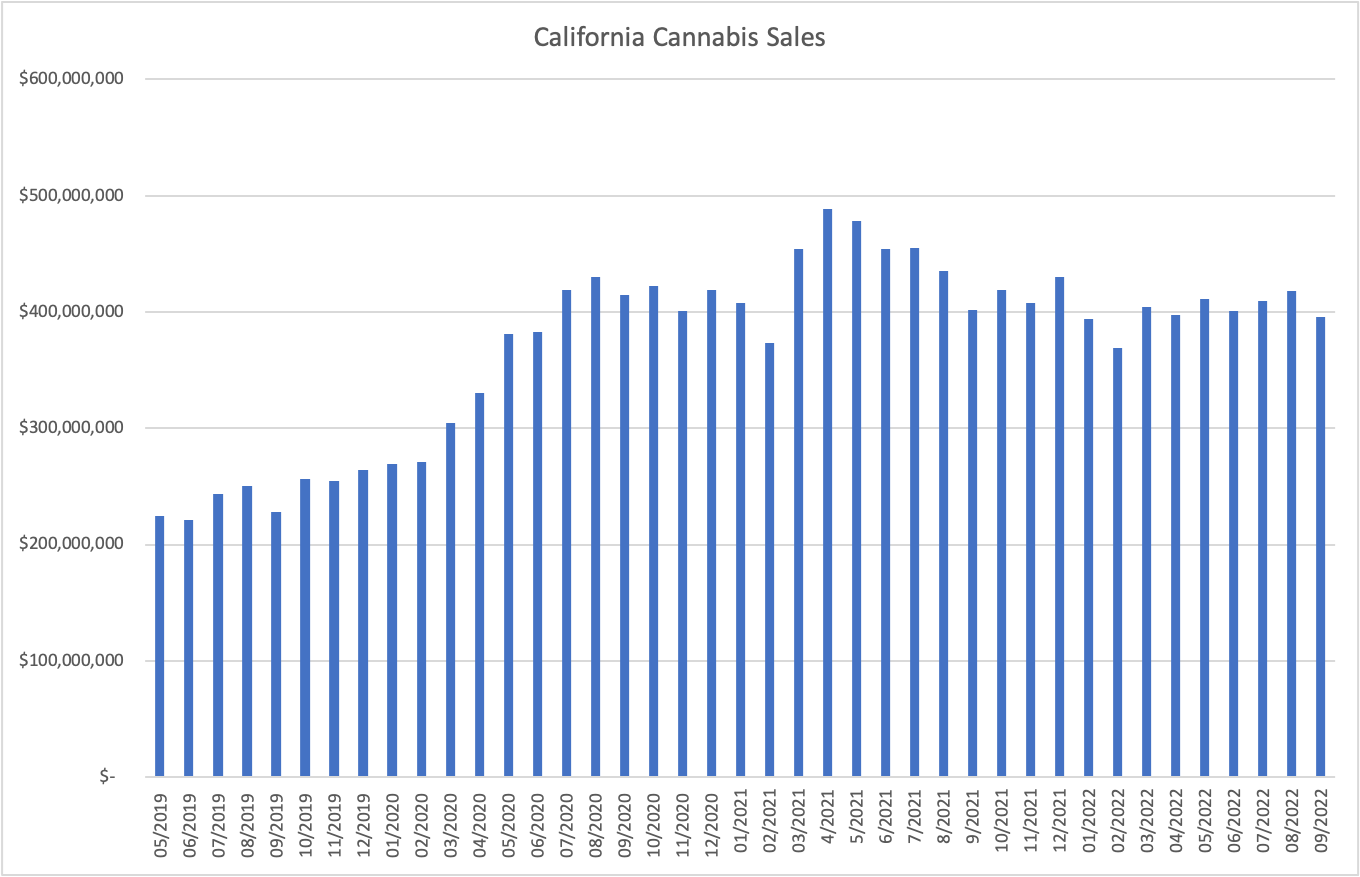 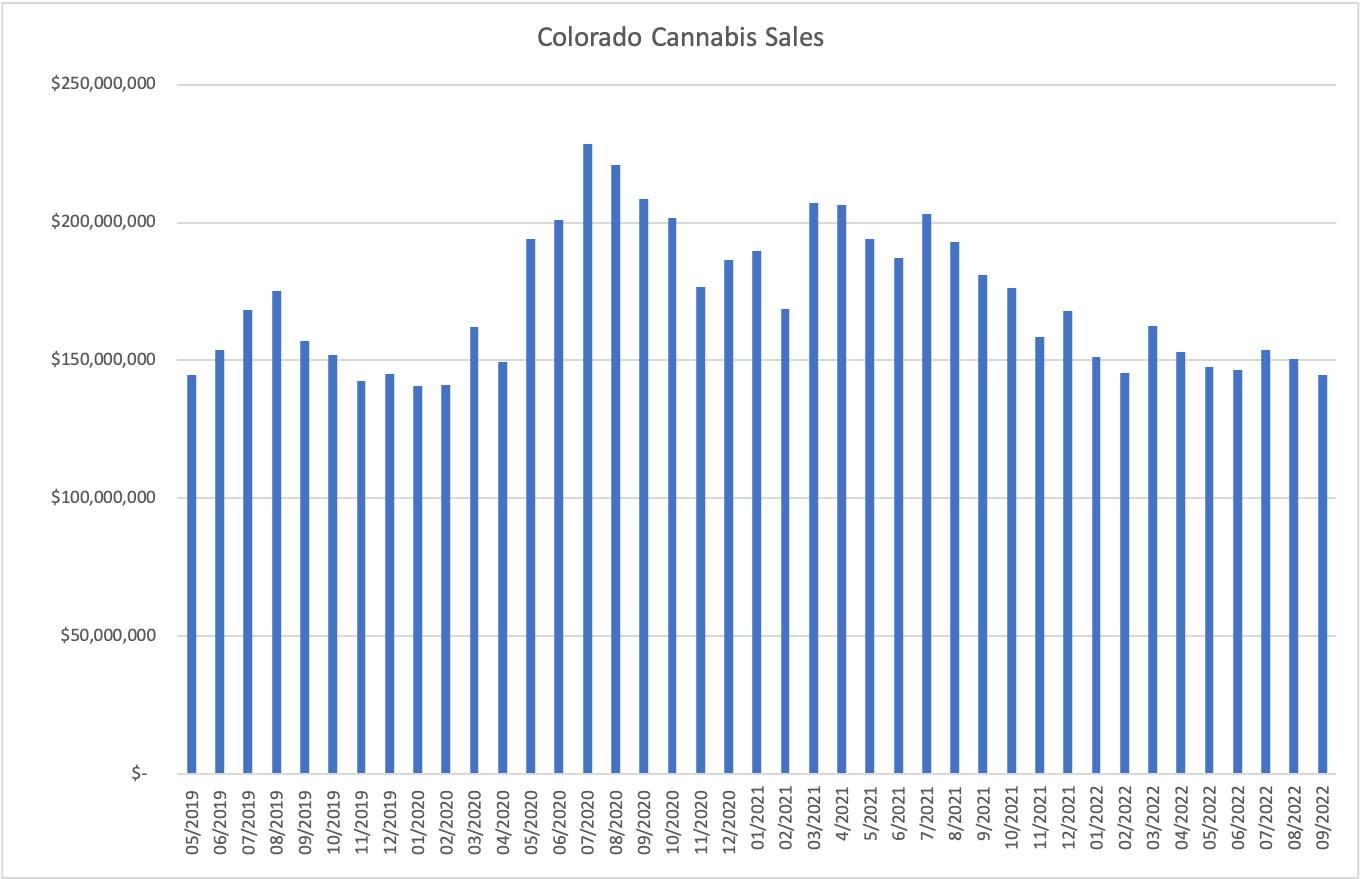 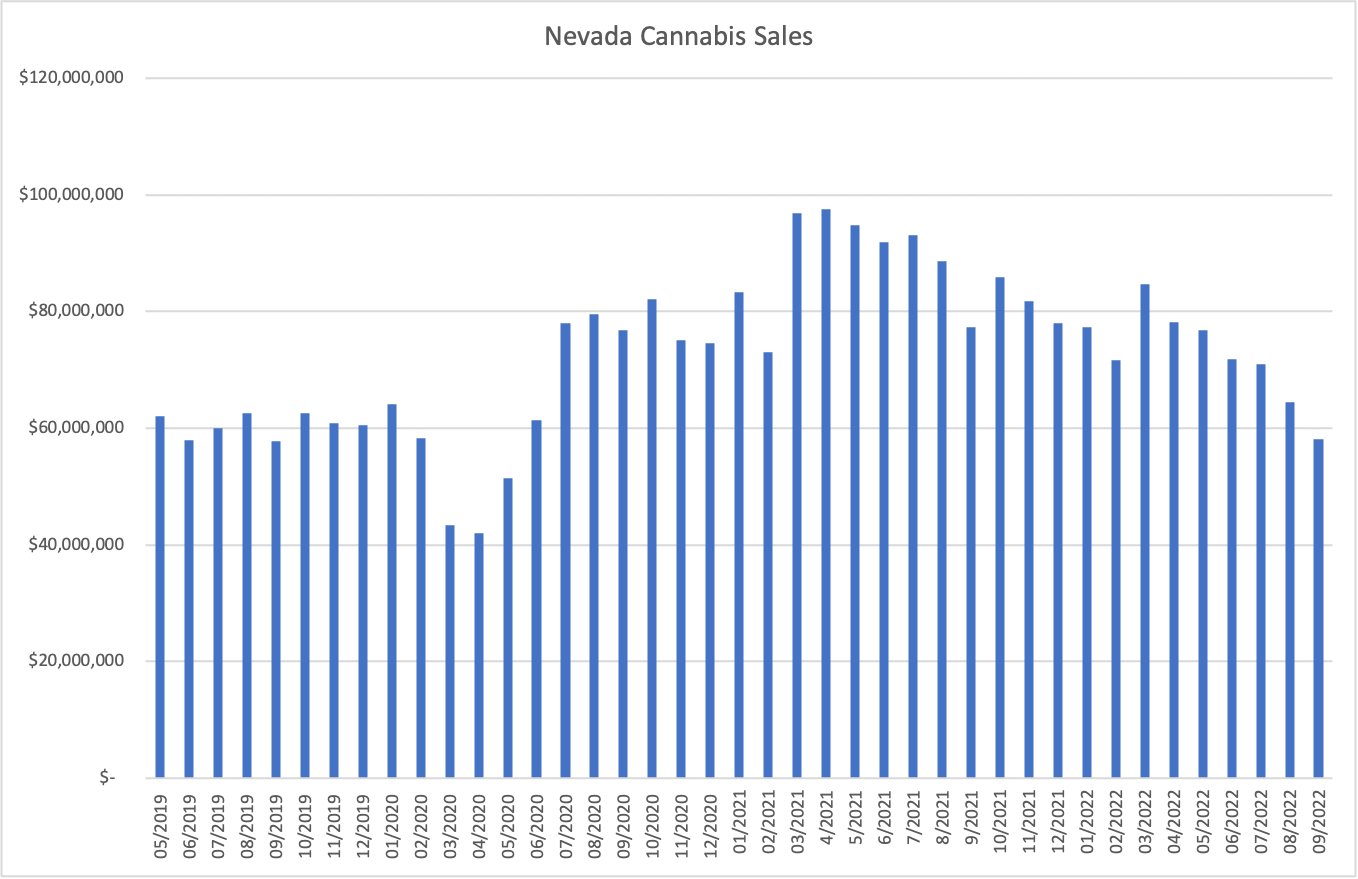 Sales in September fell 1.4% from August to $81 million, down 15% from a year ago. Flower sales decreased 21% year-over-year. Ingestibles were down 10%, while pre-rolls and concentrates declined 10%. 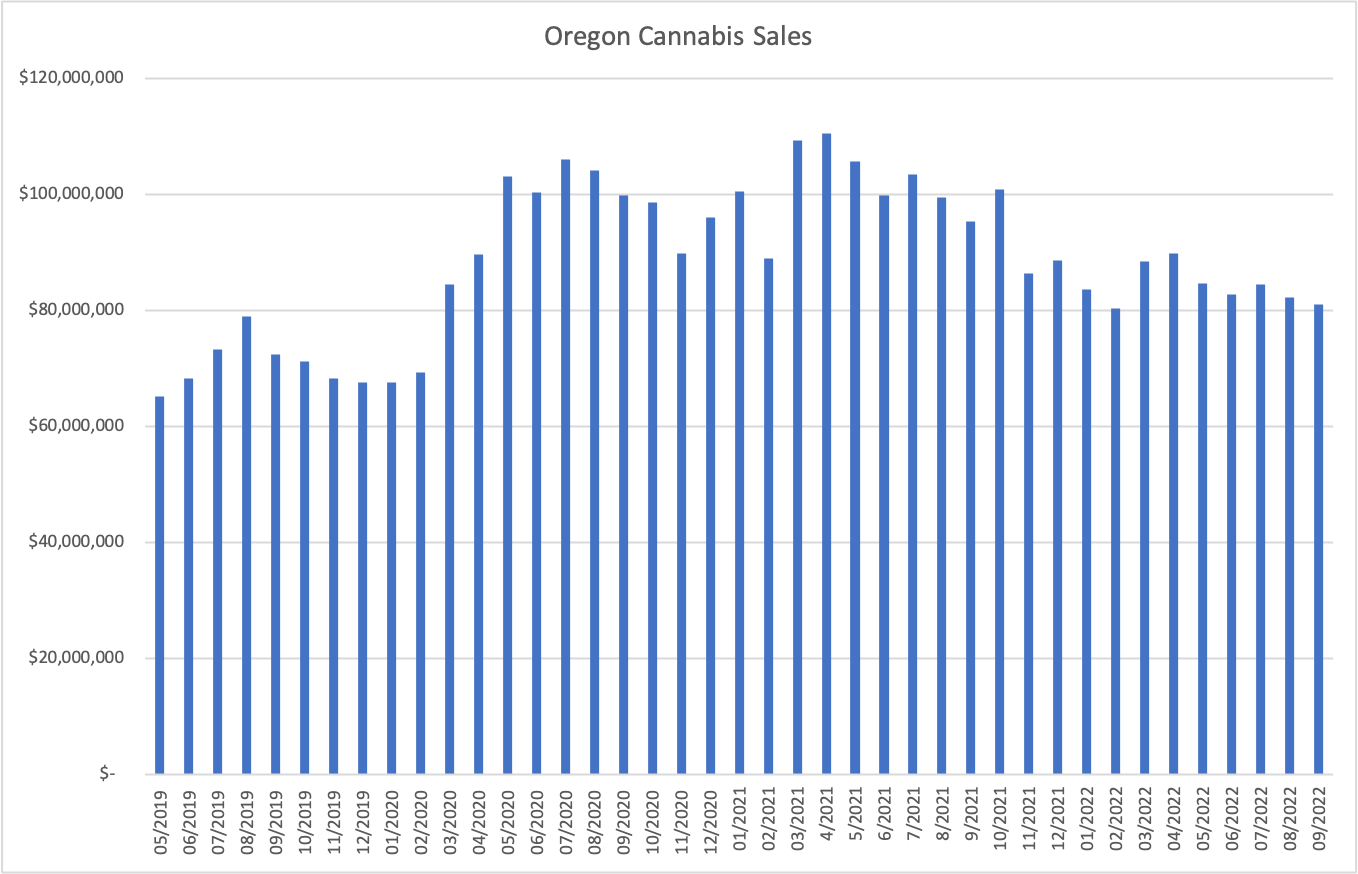