PHILADELPHIA, December 7, 2015 – Around the globe there is high interest in the use of cannabidiol (CBD), a type of cannabinoid, for the treatment of people with epilepsy, especially children who have treatment-resistant forms of the disorder such as Lennox-Gastaut Syndrome (LGS) and Dravet Syndrome (DS). Three studies presented at the American Epilepsy Society’s 69th Annual Meeting in Philadelphia highlight emerging efficacy and safety data of Epidiolex, a pharmaceutical liquid formulation of cannabidiol, which is currently undergoing U.S. Food and Drug Administration (FDA) authorized Phase 3 pivotal clinical trials in the United States and across the globe by GW Pharmaceuticals. A fourth study highlights possible interactions of CBD with existing anti-epileptic drugs (AEDs) in animal models of seizures.

The largest CBD study presented efficacy and safety data on GW Pharmaceutical’s investigational medicine, Epidiolex (cannabidiol) from open-label Expanded Access programs at 16 sites. The study (abstract 3.034) involves 261 people, predominantly children, who have severe epilepsy that had not responded adequately to other treatments. The average age of the participants was 11. Over the course of 12 weeks, the study participants were given Epidiolex in gradually increasing doses. In all cases, Epidiolex was added to current AED treatment regimes. On average, patients were taking approximately three other AEDs. Participants and their families/caregivers recorded the number of seizures prior to taking CBD and during the 12 weeks of treatment. Clinicians also tested hematologic, liver and kidney function as well as AED levels before treatment and then at four, eight and 12 weeks during the study.

After three months of treatment, the frequency of all seizures was reduced by a median of 45 percent in all participants. Almost half (47%) of the participants in the study experienced a 50 percent or greater reduction in seizures and nine percent of patients were seizure-free. Among specific patient populations, DS patients had a 62 percent reduction in seizures and 13 percent were seizure-free. Patients with LGS experienced a 71 percent reduction in atonic seizures.

We are pleased to report these promising data on significant numbers of children. 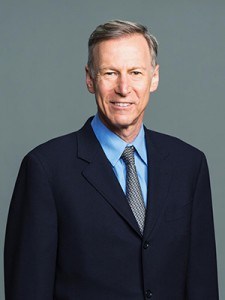 These data reinforce and support the safety and efficacy we have shared in previous studies. Most importantly it is providing hope to the children and their families who have been living with debilitating seizures.

However, Devinsky cautions that “these results are from an uncontrolled study. Further study is needed before results can be confirmed. Randomized controlled studies are now underway to help us better understand the effectiveness of the drug. We very much look forward to the results from these studies during 2016,” he said.

A related study (abstract 2.296) authored by Michael Oldham, M.D., MPH, formerly at the University of California San Francisco (UCSF) and currently at the University of Louisville, explored the long-term efficacy of Epidiolex. This study followed a subset of the first population (n=25) at UCSF Benioff Children’s Hospital San Francisco, with an average age of 9, for one year. The patients took CBD in addition to their regular AED regimen. After 12 months, treatment with CBD resulted in a 50 percent reduction in seizures for 10 participants (40%). One participant with DS remained seizure-free. Twelve of the participants discontinued CBD because the treatment did not work for them. One participant suffered a marked increase in seizure frequency due to CBD.

“The CBD as an add-on therapy reduced seizures by half for a third of the patients in the first 12 weeks of the study,” Oldham said. “This substantial improvement was maintained by 40 percent of participants for the entire 12-month period showing strong promise that CBD can be effective in controlling seizures.”

A third preclinical study (abstract 3.397) explored the anticonvulsant and tolerability profile of CBD in animal models. Using the Anticonvulsant Screening Program (ASP), the researchers used four well-established acute seizure models and found that CBD exerted significant anticonvulsant effects and was well-tolerated in rodents. This study, provided as a free service by the National Institute of Neurological Disorders and Stroke ASP, was conducted at the University of Utah.

A fourth study, led by Misty D. Smith, Ph.D. at the University of Utah (abstract 1.215), explores how CBD interacts with five different AEDs in animal models of seizure. The study helps determine the effects of CBD in combination with common AEDs, including carbamazepine, valproate, levetiracetam, clobazam and lacosamide. The interactions between these drugs could be additive, meaning the drugs work well together; synergistic, meaning the drugs enhance each other’s effects; or antagonistic, which occurs when the combination of drugs seems to reduce overall effectiveness.

“By identifying the synergistic, additive or antagonistic interactions between CBD and other ASDs, we are gaining a better understanding of the nature of these interactions. This will help optimize therapeutic safety and efficacy for CBD going forward,” said Smith.

About the American Epilepsy Society:

The American Epilepsy Society is a medical and scientific society whose members are engaged in research and clinical care for people with epilepsy. For more than 75 years, AES has provided a dynamic global forum where professionals from academia, private practice, not-for-profit, government and industry can learn, share and grow. Find out more at aesnet.org.