For those who have been following the Canadian licensed producer space for a while, the map that Health Canada has been providing for years has been a great way to visualize where all of the licensed cannabis entities operate. The agency has revamped its website today, and the map is no longer published. This was the last table provided: 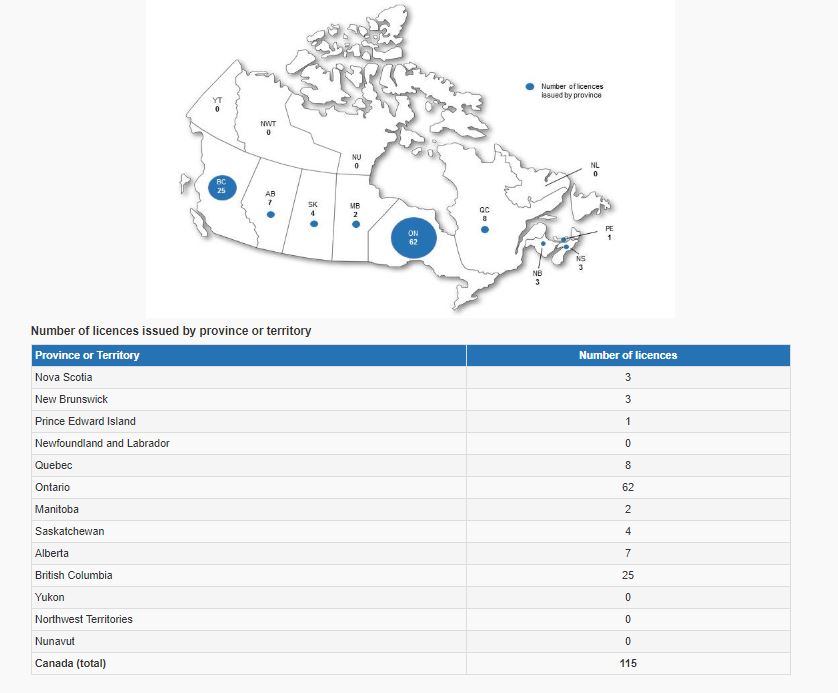 As of today, there are now 116 licenses, as Aurora Cannabis (TSX: ACB) (OTC: ACBFF) locked down its fourth (eight including CanniMed and MedReleaf) and its second in Quebec, as its relatively small H2 Biopharma facility acquired in late 2017 was approved for cultivation. This is all the agency shares now: 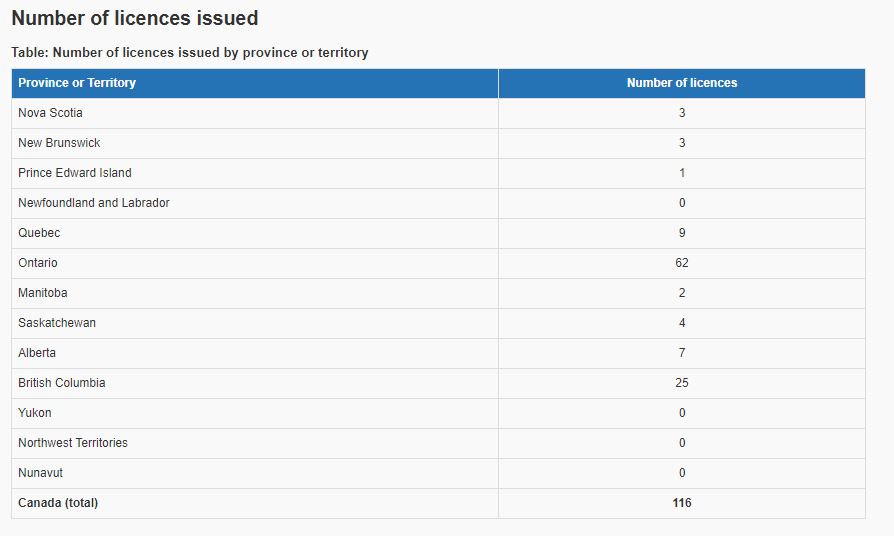 While we may miss the map, but there was a big positive change as well: The list of licensed producers can be sorted on several parameters. Historically, it was listed just alphabetically, but now visitors can sort by  not only name but also province, types of licenses (for dried cannabis and oils), date of initial licensing, and whether or not it offers starting materials for sale.