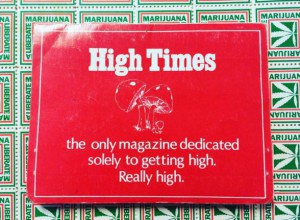 High Times, the granddaddy of cannabis culture news that has struggled over the past few years despite the enormous growth of the legal cannabis industry, has sold itself in a deal valued at $70mm, according to the San Francisco Chronicle. The buyers are a group of entertainers and industry players that include Damian Marley, Ean Seeb, MassRoots, and Nick Kovacevich of Kush Bottles.

The company, which will operate out of Los Angeles rather than New York as High Times Holding Company, will be led by CEO Adam Levin of investment firm Oreva Capital, who told the Chronicle that the magazine has 236K print subscribers and gets 20mm unique visitors per month.

Editor’s note: We originally stated that the selling price was $70mm, but that was the valuation of the company.