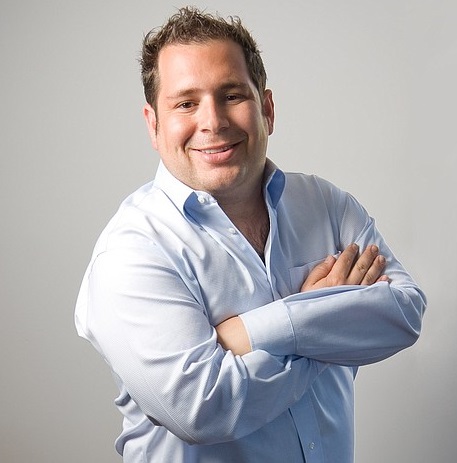 Less than two years ago, Adam Levin acquired a majority stake in and became CEO of High Times because he believes it is one of the most recognizable brands in the cannabis space. The company has a lot of name recognition tied to its media platform, but the company is also growing its events and licensing businesses. High Times recently acquired DOPE Media, held one of the most successful Cannabis Cups in years, and has plans to go public. Levin spoke with New Cannabis Ventures about the company’s diversified businesses, the evolution of its events, and how High Times is driving revenue growth.

DOPE Media joins Green Rush Daily, Culture, and the High Times brand beneath the company’s print and digital media umbrella. More than 10 million people follow the company’s media presence, and a sales team of 27 represents the company’s media properties across the country. Levin sees those different platforms as an opportunity to cross-promote content and even introduce consumers to the company’s live events.

Levin is betting on live events as something consumers will continue to demand, just as people across different demographics flock to food, wine, and beer festivals across the country. Historically, the High Times Cannabis Cup, one of the company’s major events, event was held in November just before Thanksgiving, but this year it was moved to mid-summer in Amsterdam. Tourism in the city and the new date drove one of the highest attendance rates in years.

In addition to its Cannabis Cups, the company is exploring other types of events, such as B2B summits, and looking at other international markets, like Spain and Colombia, for hosting events. For Levin, these live events are a connection point between consumers, brands, and dispensaries. Already, the company has worked with more than 3,000 cannabis businesses through its events and media properties.

Succeeding as a cannabis media company is all about reaching the consumer, according to Levin. When High Times started, the magazine was primarily known for its growing tips. While the company honors those roots, it has largely pivoted toward becoming a lifestyle brand. The magazine now covers things like music, food, and using cannabis to enhance experiences. An upcoming issue is set to feature athletes discussing how they have used cannabis.

A big part of the company’s strategy is understanding the regulatory challenges cannabis companies face. They cannot advertise on traditional platforms like Facebook. So, High Times is focused on becoming a platform for them, which is now attracting both companies within and outside of the cannabis space. As the industry grows, more companies are becoming interested in connecting with the cannabis consumer. For example, Toyota ran an ad campaign with High Times. Levin looks at other legacy print companies, like Field and Stream, for insight into monetizing the High Times brand. The company is pursuing new events, partnerships, and products to ensure the company remains relevant and growing in the current market.

Subsequent to the interview, Levin commented on the news of iHeartMedia’s investment in the company. “The iHeart investment is not only a signal to the larger media world of the opportunity that High Times offers, but it also helps us greatly increase the reach of our efforts promoting our events, brands, and our Reg. A + offering. The network is already running ads highlighting our current offering, and we look forward to finding more ways to work together as the relationship develops. While I’m sure there’s synergy within the event world, it would be excellent to eventually develop a media partnership where both organizations can lean on the other’s impressive sales teams.”

Regulation A+ Offering and Going Public

High Times decided to pursue a Reg A+ offering to give its audience a seat at the table. Levin sees no better investor than a loyal High Times consumer. Thus far, approximately 13,000 people have invested in the company, making this one of the largest Reg A+ offerings Levin has seen. By the time the offering closes, he expects 20,000-plus investors. After the close, the company will be on track to become a publicly listed company.

Levin sees High Times thriving in the current market with its diversified platforms. “It is about bringing brands to the audience in more ways than ever before.”

To learn more, visit the High Times website. Listen to the entire interview: