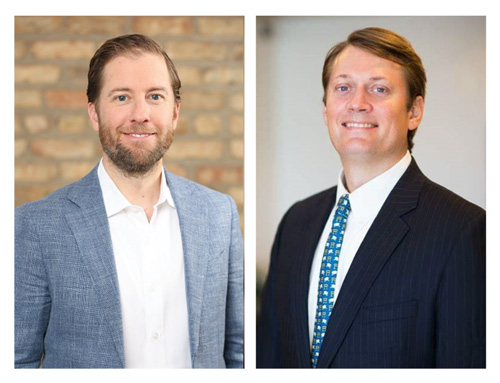 In early 2021, the Cresco team developed a three-year plan to create the most strength and value for the company. This acquisition is another step in that strategic plan, according to Bachtell. The Columbia Care team saw an opportunity to create an industry leader with a platform that benefits shareholders. The team evaluated multiple options, and the Cresco acquisition was the deal that was most ready to generate returns for shareholders and new opportunities for employees, according to Vita.

Cresco and Columbia Care have complementary footprints. The combination of the companies will allow greater depth and leadership positions in a number of states. In 2023, the company will have eight states contributing in excess of $100 million to combined P&L, according to Bachtell. The company will be able to leverage its scale for leading wholesales and revenue positions.

The acquisition will also afford the companies the opportunity to streamline operations and the costs associated with building such a high-growth platform in the cannabis business. Talent and leadership will also be important elements of the deal. The companies’ two teams have been closely working together on the due diligence process. Cresco and Columbia Care have both done a fair amount of M&A over the past 24 months; both teams are familiar with the integration process. Bachtell will continue in his role as CEO, and Vita will continue on as a board member. The rest of the management team will be developed over the next six to nine months, according to Bachtell.

The two teams will be looking for opportunities for operational synergies. Cresco and Columbia Care will be going through an exhaustive organizational design process, which involves rethinking best practices, KPIs and P&L responsibility. All of those processes will be built with input from both teams to create a new optimized, operating model.

The timeline of the deal is subject to filings and approval processes, but the teams are aiming to have it closed by the end of the year.

Cresco and Columbia Care will need to divest a number of assets in order to comply with state regulatory requirements. The thought process for this step has already begun, and sales will begin shortly, according to Vita. The teams are choosing redundant assets for sale. For example, the teams will likely be selling an asset in New York.

Analysts have pegged the gross proceeds at $300 to $500 million, according to Vita. The company will be able to redeploy that capital for CapEx projects and for investment in capabilities, like marketing and R&D, for continued growth. The sales will result in a reduction of approximately $100 million in revenue and $25 million in EBITDA, but that is outweighed by the proceeds.

Once the acquisition is completed, the company will have a combined footprint of 18 markets, 17 states and Washington, D.C. Those markets are a mix of influential legacy markets, like California and Colorado, and newer adult-use markets, like Illinois. The combined company has operations in three states in the northeast on the cusp of legalizing for adult use, including New Jersey, New York and Virginia. Bachtell is also excited about the potential in markets that could soon be unlocking adult-use programs, such as Pennsylvania, Florida and Maryland. The combined companies will have more than 150 dispensaries across that footprint and leading B2B and B2C operations.

As a part of the combination process, Cresco and Columbia Care will need to decide how to approach retail and brands. Cresco operates Sunnyside retail locations, while Columbia Care recently rebranded its retail stores as Cannabist. Right now, the team is considering whether the company will need both brands. The answer will lie in what provides the most value.

In addition to its US assets, Columbia Care also brings operations in the UK and EU to the deal. Cresco will be considering how those assets could fit into its overall strategy as the deal moves forward.

Following the close of the deal, organic growth and M&A will likely continue to be a part of the story. Cresco will continue to be opportunistic, according to Bachtell.

Once the Project Jet deal closes, the company will be able to focus more on optimization within its footprint, driven by the benefit of a new set of best practices. Markets within the company’s footprint launching adult-use will also drive growth. Bachtell sees a tremendous amount of opportunity to create value and growth with the combined platform and footprint.

As the deal moves forward and the companies are able to take on integration, the team will have KPIs to track the success of the merger through its early stages, in the medium term and in the long term.

Together, Cresco and Columbia Care will have a leading position in retail distribution and a unique set of KPIs to optimize cultivation and manufacturing operations, according to Vita. The company also has leading positions across different form factors, including flower, vape, concentrates and edibles. The combination will create an MSO with a strong competitive advantage. Excitement for the merger is palpable not only in the C-suite but throughout both organizations, according to Vita.