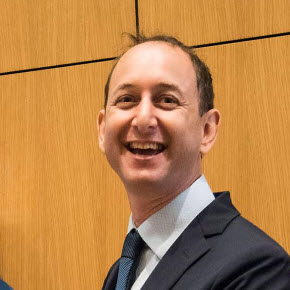 Elixinol Global (ASX: EXL) (OTC: ELLXF), a parent company that includes hemp food, CBD, and medical cannabis businesses, has a far-reaching and growing global presence. Founder and CEO Paul Benhaim, who started working hemp back in 1993, spoke with New Cannabis Ventures about the three different Elixinol Global companies, the company’s recent IPO, and how it is achieving such significant growth.

Benhaim was born in London and first started working in the hemp industry there. His interest in food and nutrition led him to begin the first commercial hemp food business in Europe, which sold millions of snack bars and gained him a reputation in the industry. Benhaim consulted for a number of other companies throughout Europe and North America before coming to Australia to start a hemp food company. It took years for Australian legislation to change, but Benhaim wasn’t idle during that time. He wrote nine books on industrial hemp and created business courses to help others launch successful companies in the space, and eventually he led the opening of a hemp foods manufacturing facility in Australia that became the largest of its kind in the southern hemisphere.

Given Benhaim’s background in the hemp industry and regular international travel, Elixinol Global seems a natural fit. Hemp Foods Australia, which manufactures and distributes industrial hemp‐derived food and skincare products, was formed in the 1990s. Then in 2014, Elixinol US, a CBD company that now accounts for the majority of the company’s sales, was formed. By 2017, that company had grown to $13 million in revenue, up 86 percent from FY 2016. Most of this company’s work is done in the United States, but it does have a hold in other markets. For example, the company has a 10 percent stake in Elixinol Japan, a company formed to work on the legislative environment there and conduct clinical studies.

Elixinol Premium Medical Cannabis is the third company under the umbrella, and it was this unit catering to the medical cannabis opportunity in Australia that drove the strategic decision to list on the Australian Securities Exchange (ASX). Benhaim estimated it would take approximately $20 million to get his medical cannabis business up and running, and the easiest route to that funding was through an IPO, which the company filed by working with Deloitte auditors and a brokerage team from Bell Potter. The company listed on the ASX in January after the IPO at A$1.00 per share has seen a gain of approximately 70% subsequently.

Following the IPO and its most recent quarter of operations, Elxinol has $18 million on its balance sheet today, with $13 million of that capital is set aside to fund the creation of the company’s medical cannabis cultivation and manufacturing facility. The company has cultivation and manufacturing licenses pending with Australia’s Office of Drug Control.

While the majority of the company’s IPO cash is going to fund its medical cannabis operations in Australia, it is also looking at other opportunities to support growth and expansion of its current business. The company recently launched a new line of high-end skincare products called SATIVA that Benhaim characterizes as “good enough to eat”, Hemp Foods Australia recently rolled out new snack bars, and Benhaim expects a number of new product announcements will be made in the coming months. 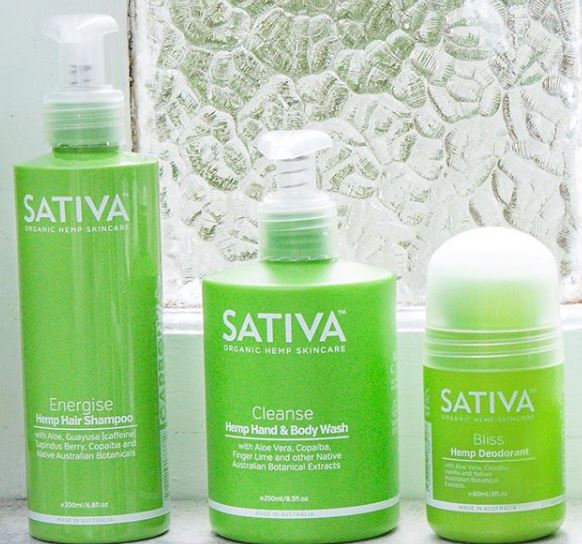 Elixinol US recently formed a partnership with Kersey Agricultural Company, a large farming group in Colorado. The joint venture, called North Colorado High Plans Producers, helps bolster the company’s supply chain by giving it access to more land and water rights. Additionally, Benhaim expects the company to move into a new facility that doubles the size of its exciting processing space by this fall.

Australia and the United States are clearly top market priorities for Elixinol Global, but Japan and South America are also a key focus, according to Benhaim. The company also intends to continue exploring a number of markets in Europe.

The success of company’s global approach, product lines, and lobbying efforts is reflected in its revenue growth.  Elixinol Global reported a 94 percent growth in revenue for the first quarter of this year to $A6.6 million. 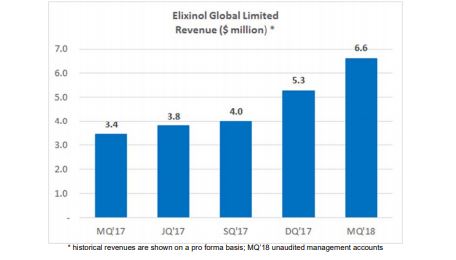 As Elixinol Global’s growth continues on an upward trajectory, Benhaim says his main focus is ensuring his company delivers on its promises. He is confident that his growing team, the company’s healthy culture, and the commitment to ensuring quality products will ensure that goal is met. He is also sure that increasing support for the industry and eventual gold standard clinical backing will push the industry forward. In the meantime his company will dedicate itself to building a strong, quality brand.

To learn more, visit the Elixinol Global website. Listen to the entire interview: