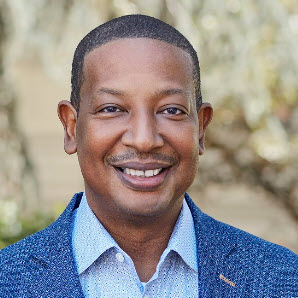 This summer, Troy Datcher joined The Parent Company (NEO: GRAM.U) (OTCQX: GRAMF) as CEO after decades of experience with Clorox and Procter & Gamble. Since his arrival, The Parent Company has continued to navigate the challenging California market and to prepare for what comes next in the industry. Datcher connected with New Cannabis Ventures to discuss his experience and The Parent Company’s evolving strategy. The audio of the entire conversation is available at the end of this written summary.

Datcher comes to The Parent Company from Clorox, where he ran the company’s global sales team. He spent more than two decades of his career there, and he brings national sales experience from Procter & Gamble. Datcher also built experience as Director of NASCAR Sponsorship and Marketing at JTG/Daugherty Racing. This role gave him experience working in a smaller company.

The opportunity to build brands, work with iconic players like JAY-Z and Roc Nation and support social equity attracted Datcher to The Parent Company. His experience building brands with major CPG companies and financial discipline has prepared him for his new role.

Since joining The Parent Company, Datcher has been hard at work getting up to speed. In addition to attending conferences, he is spending time in the company’s cultivation and manufacturing facilities and in its dispensaries to talk to the team and get an in-person look at operations.

In addition to Datcher, The Parent Company has made a number of recent additions to its team, including Kerry Arnold, Tanisha Robinson and Tiffany McBride. Chief People Officer Arnold brings experience from Canndescent and traditional consumer packaged goods. Robinson is a serial entrepreneur. She will be focusing on the company’s brand lineup, with a focus on MONOGRAM, and its expansion into New York. McBride joined The Parent Company as Managing Director of Social Equity Ventures.

The Parent Company in California

The company is managing the Coastal assets today, but it has some rebranding work still ahead of it. The Parent Company is learning from the Coastal team and benefitting from the advantageous locations of its dispensaries. For example, the Santa Barbara dispensary shared a parking lot with a Costco, according to Datcher.

A number of factors, price compression and lack of capital among them, are making the California cannabis market a challenging environment. Datcher pointed to the company’s strong balance sheet as a key factor that will help it to weather the storm and give it the flexibility to invest in the right opportunities.

Potential legislative progress would ease the challenges in the California market, according to Datcher. But, The Parent Company is focused on building a model that can pivot and remain resilient in a challenging environment.

The company has identified M&A opportunities in California that would bring it closer to its 90 percent coverage goal, but it will not need to be as aggressive as it has been in recent months, according to Datcher.

Beyond California, The Parent Company is taking an asset-light approach to expansion. It is looking for partners with established operations in other markets of interest. The company will bring its brand portfolio, marketing expertise and the influence of Roc Nation to these partnerships in exchange for royalties. Datcher said that preliminary discussions with other operators in several states have drawn substantial interest.

Datcher is working to protect The Parent Company’s strong balance sheet. He wants the company to be positioned to make smart acquisitions, form partnerships and run its business without having to cut corners. He is focused on getting the company into a more profitable position. The Parent Company does not need to raise more capital at the moment.

The company has relationships with investors dating back to the formation of Caliva, one of the companies rolled up in the SPAC that formed The Parent Company. While the company has a lot of retail investors, Datcher is also positioning the company to attract institutional investors.

The Parent Company is moving away from the commoditized side of the business. Instead of bulk wholesale, it will be focused on its direct-to-consumer business. A larger percentage of revenue will be coming from direct-to-consumer (D2C) operations, according to Datcher. This strategy means the company will be focused on building relationships with its consumers throughout its entire ecosystem, from the cultivation of plants all the way through to the delivery of products. As that D2C revenue grows, the company anticipates an improvement in gross margin over time. Datcher and his team are also closely watching the number of consumers that enter The Parent Company ecosystem and stick. This new model will be more profitable, according to Datcher.

The Parent Company is planning a five-year strategy, employing outside help from the Boston Consulting Group. Datcher recognizes that whatever the team anticipates will happen in the next five years could be wrong, but the important point is building a model that can pivot and adapt to whatever market conditions arise