Giant asset management firm HSBC Global Asset Management didn’t own cannabis stocks in one of its funds in 2017. The asset manager revealed in its Annual Management Report of Fund Performance for the year ended December 31, 2017 that not owning cannabis stocks was a drag on performance for its Canadian Small Cap Equity Pooled Fund, which ended the year with C$81 million under management:

The company didn’t quantify the impact, and the net results were still positive, with the fund returning 6.82% compared to the 6.38% return in the benchmark index, the BMO Small Cap Weighted Index. 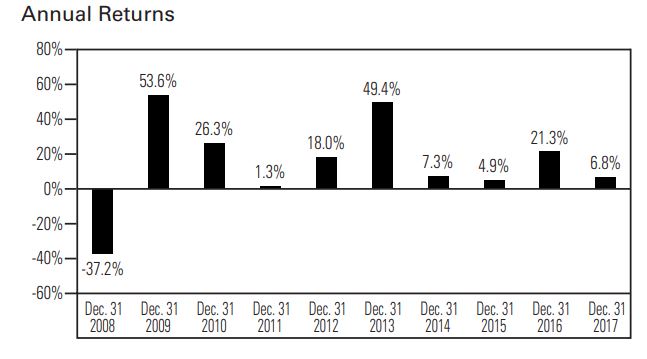 The BMO index includes common shares of all Canadian companies trading on the Toronto and Montreal  that have a market capitalization less than 0.1% of the total capitalization of the S&P/TSX Composite Index. In 2017, the only names that could have been eligible for inclusion in the index due to trading on the TSX would have been Aphria (TSX: APH) (OTC: APHQF), Aurora Cannabis (TSX: ACB) (OTC: ACBFF), CanniMed Therapeutics (TSX: CMED) (OTC: CMMDF), Canopy Growth (TSX: WEED) and MedReleaf (TSX: LEAF) (OTC: MEDFF), though CannTrust (TSX: TRST) (OTC: CNTTF) recently uplisted from the CSE to the TSX.

Just recently, Aurora Cannabis was added to the S&P /TSX Composite Index, joining Aphria and Canopy Growth, though the combined exposure to these names is not significant relative to the overall size of the index. As the cannabis sector becomes a larger part of the Canadian equity markets, fund managers will increasingly need to make a conscious decision to invest or, if not, to run the risk of performance deviations.