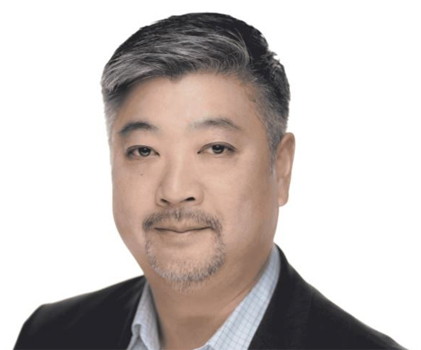 Humble & Fume (CSE: HMBL) (OTCQX: HUMBF) distributes cannabis and cannabis accessories in Canada and cannabis accessories in the U.S., but that is about to change. A new partnership and investment will help the company to launch cannabis distribution in California. CEO Joel Toguri connected with New Cannabis Ventures to talk about the company’s relationship with alcohol distributor Johnson Brothers, Humble & Fume’s market position, and growth plans. The audio of the entire conversation is available at the end of this written summary.

Toguri comes from a background in alcohol distribution. He spent years of his career working with Southern Glazer’s and developing their business in Canada. He was exposed to the cannabis industry and wanted to learn more. He made the move to Aphria and then Supreme Cannabis before coming to Humble and & Fume.

Operations in Canada and the U.S.

In Canada, Humble & Fume distributes cannabis accessories and brokers cannabis to retailers across the country. In the U.S., the company has a nationwide reach through its accessories distribution business. Its customer base ranges from large dispensary chains to small mom-and-pop shops in both markets.

Through its work in the Canadian market, the company has learned about the importance of the dispensary channel. It is working to establish itself in the dispensary channel in the U.S. as well. The company has had significant organic growth there, hitting over 50 percent CAGR over the last couple of years, according to Toguri. In October, Humble & Fume announced a new operating structure, a new approach taken to match the company’s current growth phase that included the closure of its warehouse in Florida.

In November, the company announced a new relationship with alcohol distributor Johnson Brothers. Johnson Brothers invested money with Green Acre Capital Distribution Corp., which then made an $8 million private placement in Humble & Fume. The deal also comes with an LOI for an additional $2 million for the creation of a joint venture for cannabis distribution in California.

Humble & Fume previously announced the acquisition of Cabo Connection, a licensed cannabis distributor in California. The company is currently building out its warehouse in the state.

The company had $6.5 million in cash at the end of Q1. With that cash balance, the private placement from Green Acre Capital and the joint venture LOI, Humble & Fume is well-capitalized for now. Any future investments needed to fund the company’s cannabis distribution efforts in the U.S. will go under a joint venture, preventing dilution of the share table, according to Toguri

Green Acre Capital serves as a strategic investor, giving Humble & Fume access to not only capital but also their knowledge and knowledge from the Johnson Brothers, which has built a successful distribution business over the course of 70 years.

Insiders make up a significant portion of the company’s investor pool. Humble & Fume is more than 40 percent insider-owned, according to Toguri.

Humble & Fume reported $74.1 million in 2021 revenue. Going forward, the company is targeting healthy growth with plans for cash flow positive performance, according to Toguri. As Humble & Fume grows, revenue, working capital and operating expenses are some of the most important metrics.

Going into 2022, Humble & Fume will be challenged to keep up with the demand for growth and the rapidly evolving cannabis industry. But, Toguri sees the company as well-positioned to offer cannabis producers and brands a capital-light way to broaden their reach.