GATINEAU, QC–(Marketwired – April 04, 2017) – The Hydropothecary Corporation (TSXV: THCX) (OTC: HYYDF) (“THCX” or the “Company”) today reported its second quarter results, for the three and six months ended January 31, 2017. The Company’s financial statements and related management discussion and analysis for the period are available under the Company’s profile on SEDAR at www.sedar.com. All amounts are expressed in Canadian dollars.

“The strong second quarter results are a reflection of our team’s ability to successfully execute our industry-leading innovation strategy,” said Sebastien St-Louis, CEO. “As we embark on constructing a new, fully funded 250,000 sq/ft facility, opening in late 2018, the strength of and demand for our brand is stronger than ever as we await the anticipated announcement of the legalisation of recreational marijuana in Canada.”

Operating highlights for the quarter ended January 31, 2017 include:

With the completion of Building 5, the Company started production in the new facility to meet anticipated demand related to its newly launched H2 product line and consequently saw an increase in production expenses. The Company also realized a decrease in the cash cost per gram of inventory from $1.61 at October 31, 2016 to $1.47 at January 31, 2017.

“In a very short time, Hydropothecary has demonstrated best in class cost per gram and the highest revenue per gram in the industry demonstrating our customers’ recognition of the methods and techniques we use to achieve Hydropothecary’s premium quality. We’ve also demonstrated that we can build world class facilities for $100/sq.ft.,” said Mr. St-Louis.

“While everyone is discussing recreational legalization, the medical market keeps expanding and needs to be serviced today. That’s why Hydropothecary has committed significant resources to developing another 250,000 sq.ft. of manufacturing and cultivation. This new building will be ready in late 2018 and is fully funded.”

“In addition, Hydropothecary believes that there are significant opportunities internationally. Although the world market is very appealing, we believe a focus on Canada in the short term will allow us to ultimately build the right platform to expand internationally.”

Hydropothecary’s intentions are to be one of the largest producers in the world. Our current facility can support revenue of over $23M, and our proposed new 250,000 sq.ft. facility would support revenue of over $180M at current market prices. We believe in a controlled buildout and demonstrating revenue growth to justify additional expansions while maintaining and improving our quality standards. 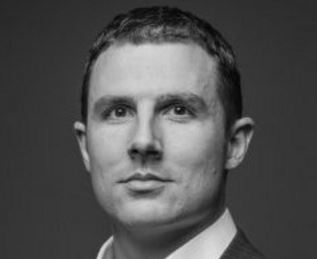 We believe that continued focus on quality and efficiency of capital deployment will lead to long term sustainable competitive advantage. While we allow ourselves to dream big, the basics are paramount. The path to building a successful company relies on execution. To underline this focus, Hydropothecary is committing to being profitable by January 2018.

¹Note: Adjusted EBITDA is a non-GAAP financial measure that does not have any standardized meaning prescribed by IFRS and may not be comparable to similar measures presented by other companies. The Adjusted EBITDA is reconciled and explained in the Company’s management discussion and analysis, a copy of which has been filed under the Company’s profile on SEDAR at www.sedar.com.