NEW YORK and TORONTO, Feb. 27, 2020 /PRNewswire/ – iAnthus Capital Holdings, Inc. (“iAnthus” or the “Company”) (CSE: IAN,OTCQX: ITHUF), which owns, operates, and partners with best-in-class regulated cannabis operations across the United States, announced today that it has filed a Statement of Claim (the “Claim”) in the Ontario Superior Court of Justice against Oasis Investments II Master Fund Ltd. (“Oasis”). iAnthus filed the Claim in the interests of defending the Company against interference with the Company’s financing and business by an unsecured lender who is seeking to better its position at the expense of the Company’s shareholders and other stakeholders.

Oasis was issued an unsecured convertible debenture (the “Unsecured Debenture”) in the principal amount of US$25 million in connection with the Company’s offering of unsecured convertible note units announced March 18, 2019 and May 2, 2019 (the “Offering”). Since closing of the Offering, Oasis has consistently agitated iAnthus with unfounded allegations and self-interested proposals, all with the goal of renegotiating the terms of the Unsecured Debenture. Recently, Oasis has alleged that iAnthus breached certain debt covenants and that an event of default has occurred. iAnthus vehemently disagrees that there is currently, or has ever been, an event of default and is confident that iAnthus has complied with all covenants under the Unsecured Debenture. While iAnthus believes that Oasis’ allegations are entirely unfounded, Oasis’ behavior has interfered with iAnthus’ ongoing financing activities and the Company’s business.

Remedies sought by iAnthus include a declaration that iAnthus is not in breach of its obligations under the Unsecured Debenture (and related purchase agreement), damages, and a court ordered injunction restraining Oasis from making further false or misleading statements about iAnthus and otherwise interfering with iAnthus’ contractual relationships.

iAnthus emphasizes that the decision to commence legal action against Oasis was not taken lightly and follows significant deliberation regarding Oasis’ underlying intentions and continued actions and its negative impact on the Company and other stakeholders. While unfortunate, this course of action is required to protect the rights of the Company, its shareholders and other stakeholders. Oasis’ repeated and continued actions, even after iAnthus provided Oasis with details about the Company’s compliance with the debt covenants, have left the Company with no option but to defend itself, the interest of its shareholders and other stakeholders by pursuing all legal remedies available, including through the initiation of legal proceedings.

After good faith efforts led by iAnthus’ management, it is highly regrettable that we have been forced to take this action against Oasis. Unfortunately, Oasis, which has a long history of taking activist measures to better its position through the courts and other means, has decided it would try the same tactics with iAnthus. 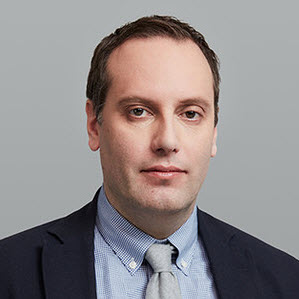 We are disappointed with Oasis’ attempt to extract value at the expense of our shareholders and other stakeholders, and we will pursue any and all remedies available to us as a result of Oasis’ self-interested behavior. We are in active discussions with a variety of financing sources, including significant existing lenders and investors who continue to believe strongly in the prospects of both iAnthus and the broader industry.

Hadley Ford, CEO of iAnthus, further commented: “Despite the volatility of the equity markets and Oasis’ unfounded allegations, we continue to execute on our business plan, and look forward to expected near term catalysts, including but not limited to: the opening of our first adult use Massachusetts dispensary, additional dispensary openings in Florida, New Jersey and New York, and positive regulatory developments in New York, New Jersey and Arizona which are expected to expand iAnthus’ addressable market. ”

Our asset base has never been better positioned and our operational momentum remains strong despite these distractions. 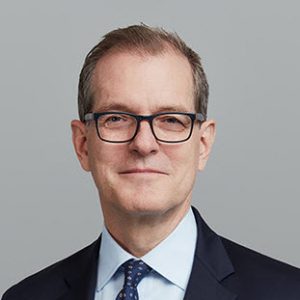 The Biggest Cannabis Companies Are About to Report Financials