After a sharp drop in January, when adult-use sales fell 15% sequentially as they rose 32% from the prior year, Illinois adult-use cannabis sales stabilized in February. Sales of $114 million fell 3% from January, but there were three fewer days during the month. Compared to a year ago, growth accelerated to 41%: 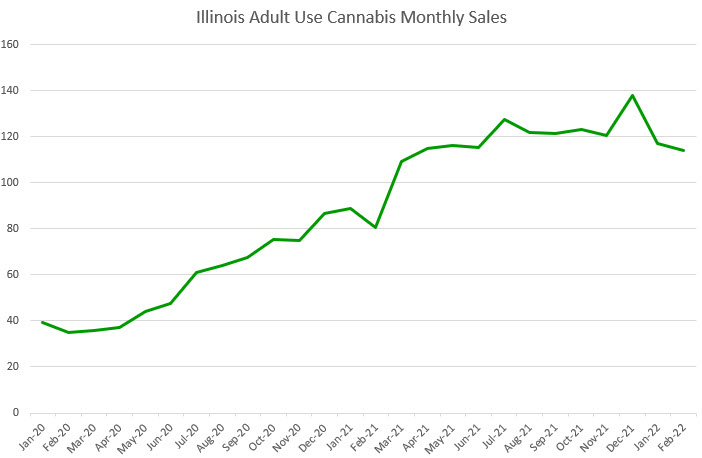 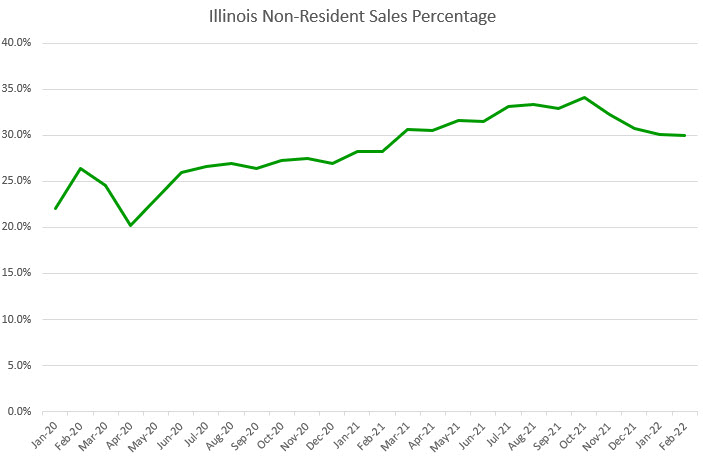 The state separately releases sales from its medical program. In February, medical sales totaled $28.2 million, down 5% from the prior year and down 5% sequentially: 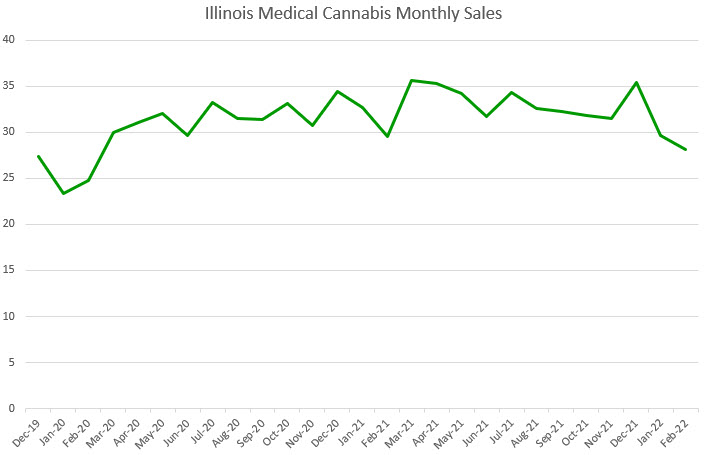 Taking into account both medical and adult-use sales, total cannabis sales in February grew 29% to $142.2 million, down 3% sequentially: 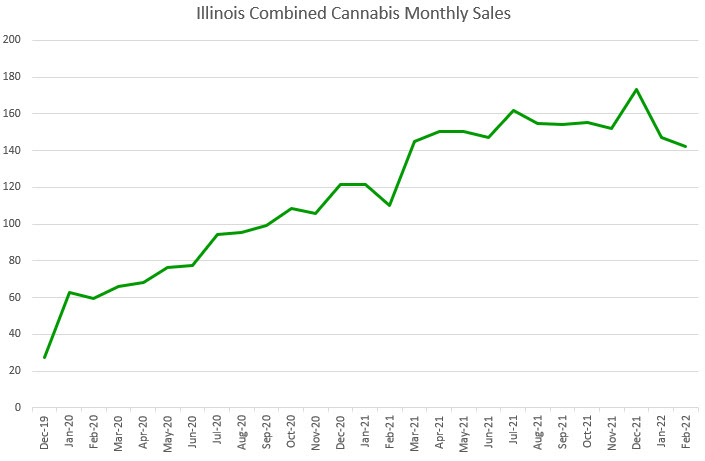