TORONTO, ON, VANCOUVER, BC, and GLIL YAM, ISRAEL / ACCESSWIRE / April 1, 2021 / IM Cannabis Corp. (the “Company” or “IMC”) (NASDAQ:IMCC) (CSE:IMCC), a multi-country operator (“MCO”) in the medical and adult-use recreational cannabis sector with operations in Israel, Germany and Canada is pleased to announce that it has entered into a definitive agreement (the “Arrangement Agreement”) to acquire MYM Nutraceuticals Inc. (“MYM”) and its licensed producer subsidiary Highland Grow Inc. (“Highland Grow”), pursuant to a plan of arrangement to be completed under the Business Corporations Act (British Columbia) (the “Transaction”). The Transaction reinforces the Company’s strategy as a leading global premium cannabis producer and purveyor. Following completion of the Transaction, expected to occur before the end of the second half of 2021, IMC will continue to operate under the IM Cannabis Corp. name with its common shares trading on the NASDAQ Capital Market and Canadian Securities Exchange under the ticker symbol “IMCC”.

Acquiring MYM and its subsidiary Highland Grow Inc. expands IMC’s focus on premium and super premium branded cannabis products in Canada, and upon closing consumers will have a broader choice of offerings and brands in these categories. With coast-to-coast distribution, including a strong leadership position in eastern Canada, Highland Grow enhances IMC’s distribution capabilities, fast tracks the entrance of JWC (expected soon to be relaunched as “Wagners”) into new markets, and is expected to drive significant incremental revenue and EBITDA growth. With the demand for premium-indoor grown cannabis increasing internationally, IMC’s medical patients in Israel will now have even more options from which to choose. Highland Grow has experienced meaningful revenue growth over the last six months, is currently profitable on an EBITDA basis, and is expected to be a meaningful contributor to IMC’s revenue and profitability trajectory in 2021 and beyond.

Acquiring MYM is consistent with IMC’s focus on premium and super premium segments of the cannabis market for consumers and patients in all markets. The Transaction also demonstrates our disciplined approach to acquiring accretive companies that create financial and operational synergies and result in additional opportunities to export premium cannabis products to Israel and Germany. 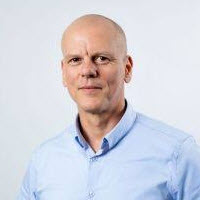 With coast-to-coast distribution, including a strong leadership position in Eastern Canada, Highland Grow will further enhance our distribution capabilities and fast-track our entrance into new markets.

Michael Wiener, CEO of MYM, who upon closing will join IMC’s North American business said “IMC has built a solid foundation in Israel, Germany and Canada and offers unique opportunities to further grow its position as a leader in the cultivation and distribution of premium and super premium craft cannabis. Our team couldn’t be more optimistic about joining the IMC team.”

Under the terms of the Transaction, the shareholders of MYM will receive 0.022 common shares of IMC for each common share of MYM (the “Consideration”). Based on the 20-day volume-weighted average price (“VWAP”) of IMC common shares prior to this announcement, the implied MYM share price of $0.219 pursuant to the exchange ratio implies a 17.9% premium over the same period. Upon the completion of the Transaction, MYM shareholders will own approximately 14.5% of IMC.

The Transaction is expected to provide financial, operation and strategic benefits to IMC upon closing. Highlights include:

Financially accretive: The Transaction is expected to be immediately accretive to IMC’s financial results in 2021 and beyond. Inclusive of potential synergies, it is estimated that the acquisition of Highland Grow implies a purchase multiple of approximately 3.4x EV/revenue and 10.6x EV/EBITDA for 2021 and 2.3x EV/revenue and 6.7x EV/EBITDA for 2022.

Significant margin enhancing opportunities: Through active category management, increased distribution, and a broader offering of SKUs, it is expected that the Transaction will drive incremental synergies of least $5 million per annum upon closing.

Proven and complementary brand and products: Highland Grow is a highly regarded brand in the Canadian adult-use market as demonstrated by its proven commercial success, growing revenue base, as well as customer and budtender feedback. Highland Grow’s super premium offerings complement Wagners premium positioning, providing consumers with exceptional value for money across a continuum of quality and price points.

The Transaction, which is to be carried out by way of a court-approved plan of arrangement under the Business Corporations Act (British Columbia), will require the approval of (i) two-thirds of the votes cast by shareholders of MYM and holders of exchangeable shares exchangeable into MYM common shares, voting together as a single class; and (ii) 50%+1 of the MYM shareholders (including the exchangeable shareholders, excluding shares held directly or indirectly by Michael Wiener in accordance with Multilateral Instrument 61-101 – Protection of Minority Security Holders in Special Transactions, at a special meeting expected to take place in Q2 2021 (the “MYM Meeting”). MYM’s directors and officers, as well as Biome Grow Inc., which together currently hold approximately 41.7% of the common shares of MYM (giving effect to exchange of the exchangeable shares), have each entered into voting support agreements to vote their shares in favour of the Transaction and lock-up agreements restricting the resale of IMC common shares to be owned by such individuals upon closing of the Transaction to a staggered 1/6 release per month of such shares for a period of 6 months. Completion of the Transaction is subject to court and regulatory approvals, which are currently expected to be received during the second half of 2021. The Transaction is expected to close during the second half of 2021 (the closing date being the “Effective Date”).

The Arrangement Agreement contains certain customary provisions, including covenants in respect of non-solicitation of alternative acquisition proposals for MYM, a right to match any superior proposals for MYM and a termination fee of $1.2 million payable to IMC in certain circumstances.

Desjardins Capital Markets provided a fairness opinion to the board of directors of IMC on March 31, 2021 (the “Desjardins Opinion”) stating that, as of the date of the Desjardins Opinion and subject to the assumptions, limitations and qualifications contained in the Desjardins Opinion, the Consideration to be paid by IMC pursuant to the Transaction is fair, from a financial point of view, to IMC.

Recommendation of MYM Board

IMC is an MCO in the medical and adult-use recreational cannabis sector headquartered in Israel and with operations In Israel, Germany and Canada. Over the past decade, the Company believes that the IMC brand has become synonymous with quality and consistency in the Israeli medical cannabis market. The Company has also expanded its business to offer intellectual property-related services to the medical cannabis industry.

In Europe, IMC operates through Adjupharm GmbH, a German-based subsidiary and EU GMP-certified medical cannabis distributor. IMC’s European presence is augmented by strategic alliances with various pan-European EU-GMP cultivators and distributors to capitalize on the increased demand for medical cannabis products in Europe and bring the IMC brand and its product portfolio to European patients.

MYM is a Canadian cultivator, processor, and distributor of premium cannabis via its two wholly owned subsidiaries – SublimeCulture Inc., in Laval, QC and Highland Grow Inc., in Antigonish, NS.

This press release includes reference to “EBITDA”, which is a non-International Financial Reporting Standards (“IFRS”) financial measures. Non-IFRS measures are not recognized measures under IFRS, do not have a standardized meaning prescribed by IFRS, and are therefore unlikely to be comparable to similar measures presented by other companies. IMC defines adjusted EBITDA as EBITDA adjusted by removing other non-recurring or noncash items, including the unrealized change in fair value of biological assets, realized fair value adjustments on inventory sold in the period, share-based compensation expenses, depreciation of right-of-use assets, revaluation adjustments of financial assets and liabilities measured on a fair value basis and non-recurring transaction costs included in operating expenses. The Company defines EBITDA as earnings before interest, tax, depreciation and amortization. EBITDA has no direct, comparable IFRS financial measure. IMC has used or included this non-IFRS measure solely to provide investors with added insight into MYM’s financial performance. Readers are cautioned that such non-IFRS measure may not be appropriate for any other purpose. Non-IFRS measures should not be considered in isolation or as a substitute for measures of performance prepared in accordance with IFRS.