As we described in a previous article, the Global Cannabis Stock Index melted down in December after a two-month rally.  The index fell 29.0% and ended 2022 down a record decline of 70.4% for the year.

The American Cannabis Operator Index fell a stunning 40.8% in December to 14.25:

Down 22.9% in Q4, the index after the collapse in December, it was down 65.8% year-to-date, slightly ahead of the Global Cannabis Stock Index: 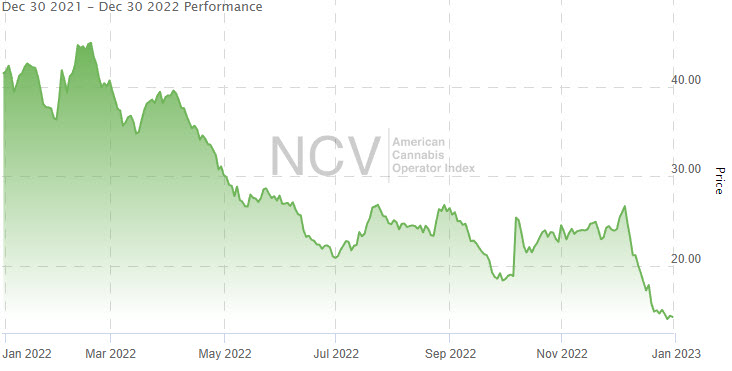 The index, which launched in October 2018, finally took out the low from March 2020: 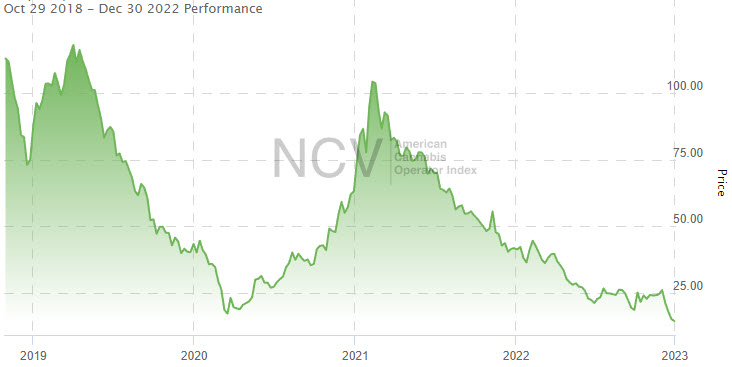 The Ancillary Cannabis Index was the worst part of the market during 2022, but it fared better than other sub-sectors in December, dropping 25.1% to 15.02: 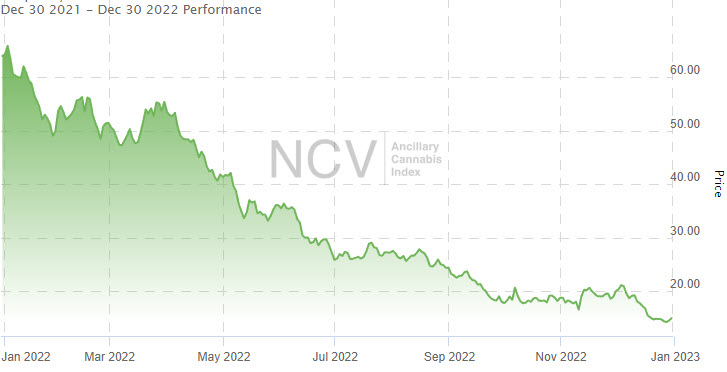 During December, the best performing stocks, all down by 7.6% or less, were Turning Point Brands (NYSE: TPB), Chicago Atlantic Real Estate Finance (NASDAQ: REFI) and Leafly (NASDAQ: LFLY). The largest decliners, all falling by more than 42%, were Agrify (NASDAQ: AGFY), SHF Holdings (NASDAQ: SHFS) and GrowGeneration (NASDAQ: GRWG). In January, Agrify, Leafly and SHF Holdings will leave the index, which will have now 8 members.

The Canadian Cannabis LP Index  gave up a lot less ground than the American Cannabis Operator Index, falling 19.2% to 72.59: 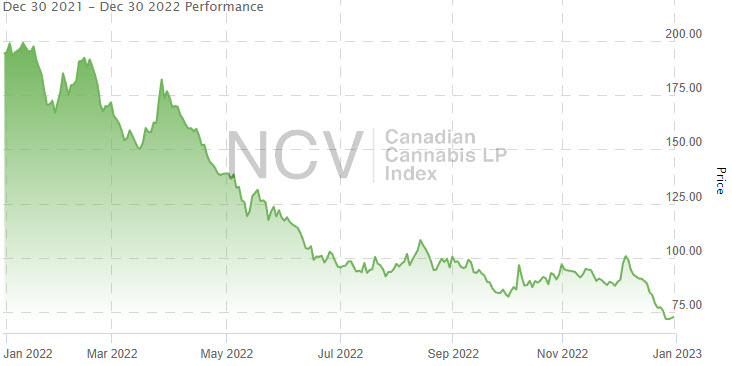 It broke to a new all-time low during the month, and it is down a lot from the peak: