In a notice of civil claim filed in October, Jacob Securities names THC BioMed and its subsidiaries, alleging the companies entered a settlement agreement in September 2015 to resolve a legal action started four months earlier in Ontario. That agreement provided for the delivery of 4,660,000 common shares in THC to Jacob, the lawsuit alleges, but nine months after THC delivered the purported share certificates last year, Jacob realized they were not originals but colour photocopies, which “cannot be traded and have no value.”

The company, according to the Vancouver Sun, believes that it was misled by Jacob Securities, which was in deep trouble with regulators at the time of the settlement agreement.

According to THC Biomed’s annual financials filed on 11/28, the shares awarded were valued at $0.12 per share ($559,200) at the time of the settlement in November 2015. The company received its cultivation license from Health Canada on 2/28/16, and its shared subsequently soared as high as $1.50 last month. Jacob, according to the filing, has disposed of 1.165mm shares but believes it is entitled to an additional 1.6mm shares. The remaining unsold shares would be valued at $3.25mm based on the closing price of $0.93 on Friday. 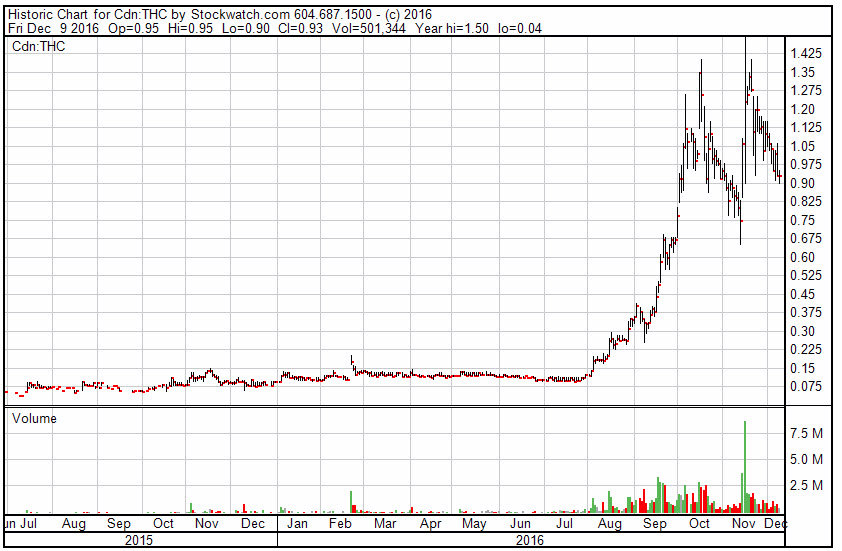