Visit the Jushi Holdings Investor Dashboard and stay up to date with data-driven, fact based due diligence for active traders and investors.

1 Adjusted EBITDA, which is a non-IFRS measure, excludes certain items which are detailed and reconciled to the most comparable IFRS-reported measure in the attached “Reconciliation of Non-IFRS Measures” at the end of this press release.

This additional delay in the filing of the Documents will also result in a delay in the Company filing its MD&A and consolidated financial statements for the first quarter ended March 31, 2021, which the Company expects will be filed at the same time as filing the Documents. The Company’s previous public filings may be found on SEDAR at www.SEDAR.com. 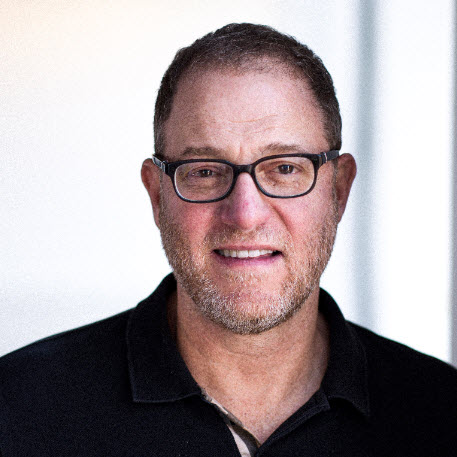 In the first quarter, we delivered a substantial increase in both revenue and gross profit, and reported positive Adjusted EBITDA for the third quarter in a row. We also solidified our balance sheet through two successful equity transactions, which resulted in gross proceeds of approximately $86 million.

Mr. Cacioppo continued, “Looking ahead to the remainder of 2021, our shared focus remains on three main areas of growth, first, the continued build-out of our BEYOND / HELLO™ retail footprint, which includes the expected opening of up to 10 new stores by year end; second, the optimization and expansion of our grower-processor assets in Pennsylvania and Virginia, which we expect will position the Company to scale up its operations in anticipation of future market demand; and third, the continued pursuit of M&A opportunities that we believe will allow us to add attractive assets to our portfolio in both new and existing markets.”

Revenue in the first quarter of 2021 (“Q1 2021”) increased 29.0% to $41.7 million, compared to $32.3 million in Q4 2020. The 29.0% increase in revenue was driven primarily by solid revenue growth at the Company’s BEYOND/HELLOTM stores in Pennsylvania and Illinois, early revenue contributions from its Virginia retail operations and increased operating activity at its PAMS and Nevada facilities.

Gross profit in Q1 2021 was $20.1 million, or 48.2% of revenue, compared to $17.6 million, or 54.5% of revenue in Q4 2020. The increase in gross profit was primarily driven by strong revenue growth at the Company’s BEYOND/HELLOTM stores in Pennsylvania and Illinois, early revenue contributions from its Virginia retail operations and increased operating activity at its PAMS and Nevada facilities.

Adjusted EBITDA1 in Q1 2021 was $3.0 million, compared to Adjusted EBITDA $2.0 million in Q4 2020. The increase in Adjusted EBITDA on a sequential quarterly basis was driven by higher revenues and gross profit, partially offset by an increase in staffing related expenses in advance of the following: new store openings; the commencement of operations of the Ohio facility; and the expansion of the Pennsylvania and Virginia grower-processor assets.

We are a vertically integrated cannabis company led by an industry-leading management team. In the United States, Jushi is focused on building a multi-state portfolio of branded cannabis-derived assets through opportunistic acquisitions, distressed workouts, and competitive applications. Jushi strives to maximize shareholder value while delivering high-quality products across all levels of the cannabis ecosystem. For more information, please visit jushico.com, twitter.com/wearejushi and beyond-hello.com. 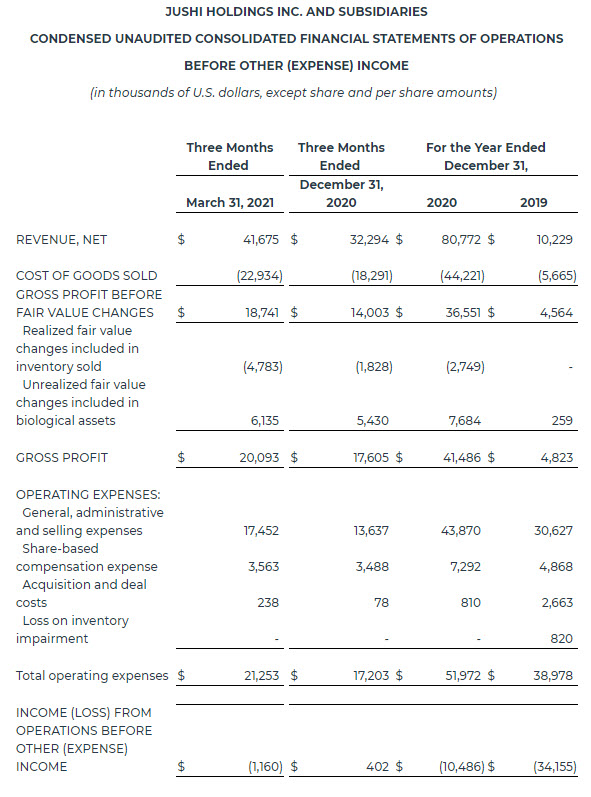 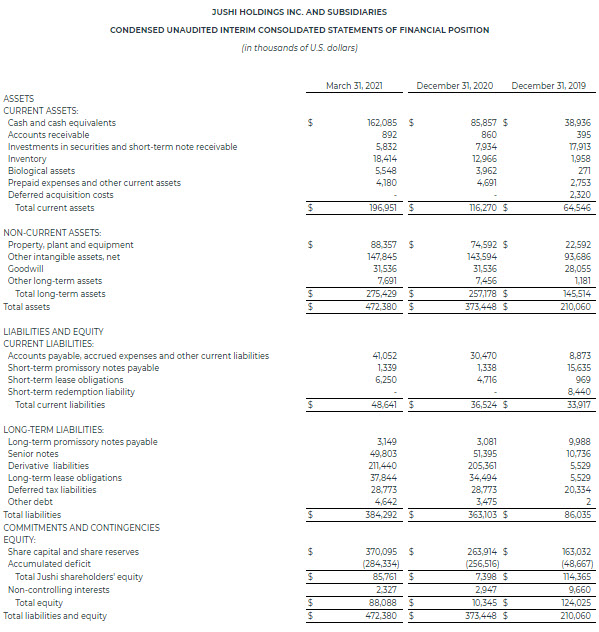 Adjusted EBITDA is not a recognized performance measure under IFRS, does not have a standardized meaning and therefore may not be comparable to similar measures presented by other issuers. Adjusted EBITDA is included as a supplemental disclosure because we believe that such measurement provides a better assessment of the Company’s operations on a continuing basis by eliminating certain material non-cash items and certain other adjustments we believe are not reflective of the Company’s ongoing operations and performance. Adjusted EBITDA has limitations as an analytical tool as it excludes from net income or loss as reported interest, tax, depreciation and amortization, certain non-cash expenses, listing expense, certain other income, fair value changes on sale of inventory and on biological assets. Because of these limitations, Adjusted EBITDA should not be considered as the sole measure of the Company’s performance and should not be considered in isolation from, or as a substitute for, analysis of the Company’s results as reported under IFRS. The most directly comparable measure to Adjusted EBITDA calculated in accordance with IFRS is operating income (loss). 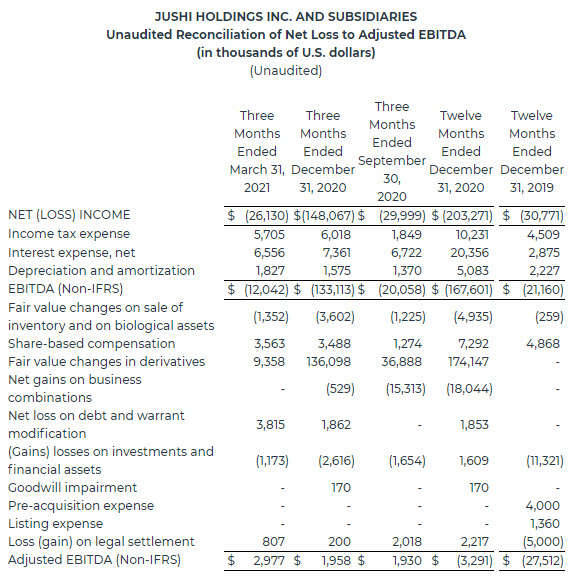