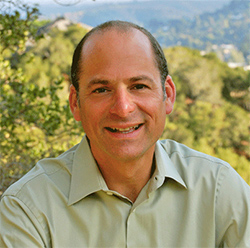 FLRish, doing business as Harborside, has deep roots in the California cannabis market. Founded in 2006, the company has more than 270,000 registered patients and customers and has done more than $300 million in sales. CEO Andy Berman spoke with New Cannabis Ventures about funding, taking the company public, and navigating the state’s ever-changing regulations.

Berman first got interested in the cannabis space in 2015. Shortly afterward, he met Harborside cofounder Steve DeAngelo and invested in the company. Earlier this year, he stepped in as CEO. One of Berman’s first acts as CEO was to create a capital markets strategy for the company.

Berman led the company through a couple of rounds of convertible debentures and a Series A, closed in April, to get qualified financing. Historically, the company has been funded by many people on the friends and family level, but the Series A was led by Cresco Capital Partners with participation by Murray Field & Company and Quinsam Capital. Now, the company is also in the midst of a Series B, expected to close at approximately $25 million on November 9.

When looking at a capital markets strategy, Berman considered sales, mergers, and going public. The company settled on an RTO because Berman believes it allows more control and offers more value to existing shareholders. Lineage is the company’s public market vehicle, but Berman sees it as more than the typical shell company. It brings cannabis assets, including dispensaries and farm production, to the table.

Berman expects the company to file with the CSE before the end of November, and he is cautiously optimistic that Harborside will begin trading by the end of the year.

The vertically integrated Harborside has 29 licenses in the state, which allow it to cultivate, manufacture, and sell its product. The company’s farm in Salinas, California has 40,000 square feet for nursery and cultivation, 80,000 square feet for vegetation and canopy, and 35,000 square feet for production and processing. The company is also in the process of building a new greenhouse at this location. The cannabis grown at that location is used to create the company’s branded products and sold through a wholesale business. The company currently has $40 million of existing retail shelf space, according to Berman.

Harborside has two open retail locations in California, one in Oakland and one in San Jose. Two additional dispensaries are under construction and slated to open in the first quarter of next year, including one in San Leandro and one in Desert Hot Springs.

Following the deal with Lineage, the company will have three more dispensaries, including another in San Jose and two in Oregon, as well as a farm in Yolo County.

California’s changing regulatory environment has proven tricky for the state’s cannabis companies, including Harborside. Stringent regulations have cut the number of open retail locations, and still, only a fraction of the state’s cities allow adult-use. This environment has constrained the cannabis supply chain, and increasing taxes are affecting consumer buying power, according to Berman. The company focuses on investing in its government relations work and has the working capital necessary to remain nimble and capable of handling regulatory changes.

Though remaining compliant is a challenge, Berman says that commitment is in the company’s DNA. When Harborside first opened its doors, it was difficult to find a lab to test the product and ensure the company would have clean cannabis on the shelves. So, co-founder DeAngelo founded a lab. Berman intends to maintain that mindset and distinguish Harborside as a trusted, quality brand.

Watch how Harborside Works in this Video

The Lineage deal gives the company a retail footprint in Oregon, and Berman does have his eye on multi-state expansion. But, Harborside’s focus will be on California, particularly the Bay Area, for the next 12 to 18 months.

To learn more, visit the Harborside website. Listen to the entire interview: