Local media is invited to tour the lab and meet national cannabis testing experts who are in New Mexico overseeing the implementation of the new lab, including CEO David Lampach and Chief Scientific Consultant Dr. Donald Land.

Since New Mexico’s passage of medical cannabis regulations in 2007, the state’s medical cannabis market has become highly accessible to patients.  The regulatory requirements being implemented by New Mexico are of the highest caliber and now assure that patients can access safe, tested, and efficacious medicinal cannabis products. This is a real breakthrough for New Mexico that other states will draw inspiration from as they consider regulation in the future 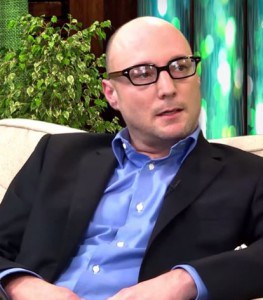 Steep Hill is working with regulators to move from provisional approval to a fully operational license over the next several weeks for the various analyses required by the State. Steep Hill is using state-of-the-art testing equipment at its Albuquerque lab to screen medical cannabis for various active components as well as potentially harmful micro-biological contaminants. Steep Hill’s equipment is validated by international accrediting organizations and by Steep Hill’s internal experts. Over the next several months, the lab will add residual solvent and mycotoxin screening as required under NMAC 7.34, with other toxin screens coming, as well.

Steep Hill’s new Albuquerque lab will also feature its QuantaCann2™ technology, which will also become available for lease to locations throughout New Mexico. Additionally, the office will soon offer consulting and DNA based diagnostic service to licensed producers and patients.

Founded in California in 2008, Steep Hill is a science and technology firm that has become the industry leader in cannabis testing and analytics.  With labs in five states—soon to be 6 with Oregon launching in 2015, along with, potentially, Jamaica—Steep Hill is the largest cannabis lab network in the world. The company pioneered the first medical cannabis potency and microbiological contaminants testing methodology for use in California – the first state to legalize medical cannabis. Steep Hill has since developed a variety of revolutionary cannabis testing products, including QuantaCann™, QuantaCann2™ and GenKit™. Steep Hill provides expert consulting services to many states, countries and municipalities, and the company is developing proprietary genetic testing, mapping and trademark protection services for the industry as well.