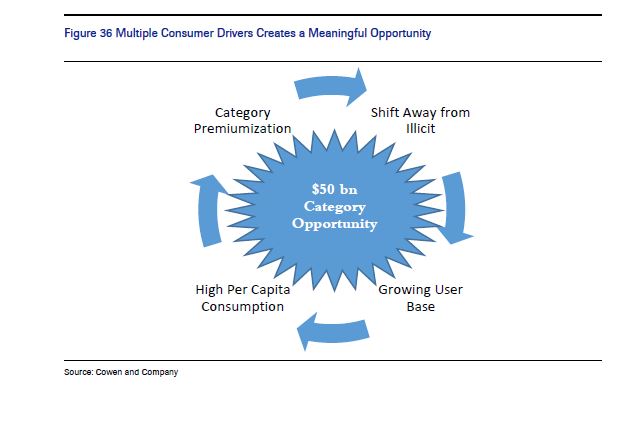 Cowen and Company released an extensive report on the cannabis industry today, suggesting the recreational market could grow to $50 billion by 2026.  While this isn’t the first time that an investment bank has issued research on the industry (Bank of America Merrill Lynch last December and Ackrell Capital in February), the effort was very broad, with ten different analysts weighing in.

Vivien Azer, the lead analyst on the report “The Cannabis Compendium: Cross-Sector Views on a Budding Industry,” joined the company from Citigroup in 2014 as its analyst for Beverages and Tobacco and has now assumed coverage for Cannabis as well. Separate from the sector report, she initiated coverage on Kush Bottles (OTC: KSHB) with an “Outperform” rating and a price target of $3. This is the first time that a leading investment bank has provided coverage on a cannabis stock that trades on the OTC. KSHB is a packaging company based in California with operations in Colorado and the Pacific Northwest as well that generated an estimated approximately $8mm in the year ending 8/31/2016. 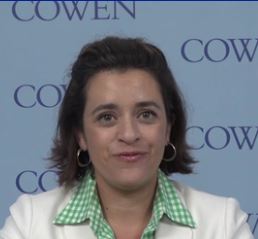 Other analysts contributing to the report:

Azer is bullish on not only KSHB, but also on tobacco companies, especially those with e-cig technology, like Reynolds American (NYSE: RAI).  She expects Big Tobacco could double revenue growth in the next two decades as these companies take 20% share of the overall market.  She called out Turning Point Brands (NYSE: TPB), which derives more than half of its sales from Zig Zag rolling papers and vaporizers, as well. At the same time, she believes that the growth of legal cannabis represents a threat to the alcohol industry.

Charles, Chen and Kopelman predict as many as 17,000 cannabis retailers upon legalization.  They are bullish on emerging technologies including delivery services, online content, online shopping and online medical evaluations and also see fast-food retailers benefitting from recreational legalization. When it comes to the food chains, they believe that Jack in the Box (NASDAQ: JACK) is best positioned because of its exposure to the states that currently permit adult use. They mentioned several well known private technology companies, including Leafly, Weedmaps, Eaze and Meadow. Finally, they see an opportunity for beauty supply chains to expand their offerings in hemp-based products.

The Health Care analysts believe that opioid replacement could help the cannabis biotech companies, but they see epilepsy as a bigger driver. Cowen previously covered GW Pharma (NASDAQ: GWPH) (AIM: GWP) and maintains an “Outperform” rating and a price target of $135. The report also pointed to the research efforts of Zynerba Pharmaceuticals (NASDAQ: ZYNE) and privately-held Tilray, a licensed producer in Canada. Like B of A Merrill Lynch, they are bullish on the cannabis lab testing business and called out several equipment manufacturers.

We aren’t permitted to post the 110-page research report, but Vivien Azer shared a top-level summary: 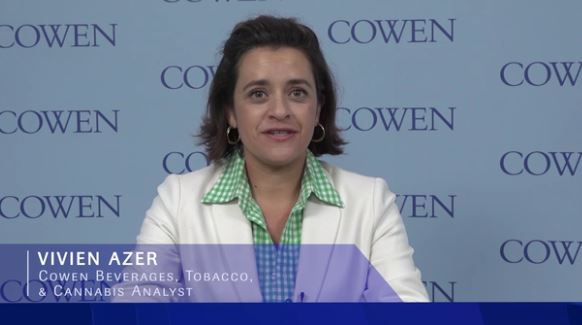