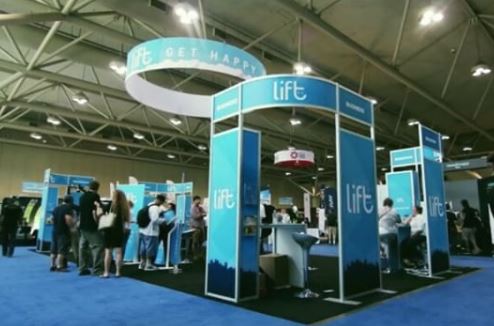 One of the most exciting themes in legalization is the progress being made in Canada, which is 28 months into its federal medical cannabis program, MMPR, and on the cusp of full legalization for adult consumption. Lift, a Vancouver-based technology and media company, has been providing much-needed information to Canadians and anyone else interested in following the developments for the past two years.  To get an insider’s perspective on the fast-changing landscape in Canada, I interviewed David Brown, Lift’s Director of Communications (full interview below).

Brown, who is a dual citizen, joined founder Tyler Sookochoff in early 2014, just as the MMPR program officially commenced. Lift aims to be an information resource addressing the inability of patients to shop around and to see cannabis products due to the distribution being limited to mail-order. The company is best known perhaps for the strain reviews that its readers provide, and it also publishes news, provides forums and has also offered in-person education forums and, more recently, an expo, the first of which was in Toronto in May, with more than 10K attendees.  The next Lift Expo will take place in Vancouver in September. Lift is also a partner in Lift Resource Centres, which are physical stores that enable patient education and medical cannabis access through doctor consultations.

The MMPR program has finally gained substantial traction, which Brown attributes to higher doctor involvement, a change that may be a function of recent changes in the program to allow cannabis oils. For the program to continue to succeed, he believes patients must be allowed to grow on their own, more forms of cannabis must be permitted and distribution must be expanded beyond mail-order. Brown explained how Lift deals with some of the challenges of the fractures within Canada between the MMPR LPs and other players, including the dispensaries and black/grey market participants.

Rules for MMPR will be changing in August, while the path to legalization has several interim steps before the introduction of legislation in the Spring, including the Task Force input from stakeholders through August and then a report to be issued in November. Brown expects that early 2018  is when legal sales will commence, but with the initial distribution limited to mail-order with changes over time.

You can learn more about all of Lift’s offerings on its website or its news blog, and you can get the details for the upcoming conference in Vancouver taking place September 17-18th.