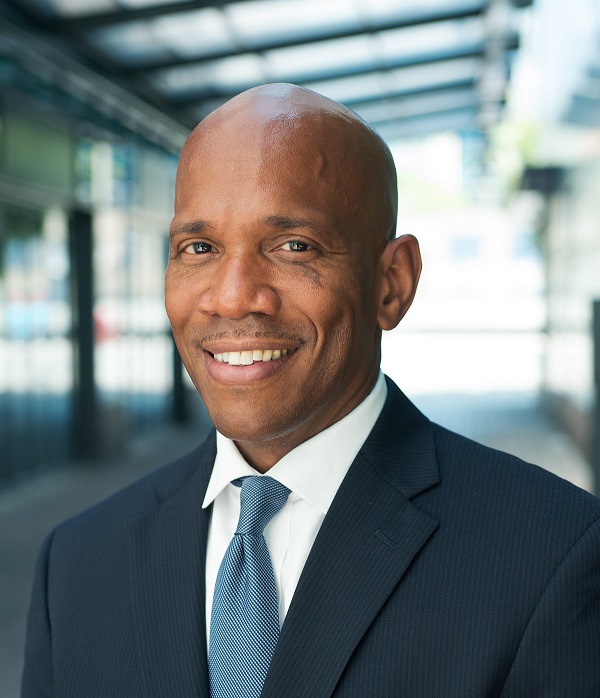 Marijuana Policy Project (MPP) acts as a bridge between the activist and social justice community and the business community in cannabis, both of which want to see the creation of cannabis legislation for well-regulated markets. MPP Executive Director Steve Hawkins spoke with New Cannabis Ventures about upcoming ballot initiatives the organization is helping to champion and how he sees the ground shifting toward nationwide support for legalization.

Hawkins joined MPP as its Executive Director in 2018. He has spent three decades of his career working in criminal justice reform and human rights, serving in leadership roles with organizations like Amnesty International USA. He saw working with MPP as the intersection of racial justice, criminal justice reform and human rights. He wants to see the end of the hundreds of thousands of cannabis-related arrests and ensure patients and adult consumers have access to cannabis.

Hawkins is joined on the MPP team by leaders like Karen O’Keefe, the Director of State Policies. She has more than 15 years of experience in cannabis policy and has helped MPP to achieve a number of legislative victories, according to Hawkins. Deputy Director Matthew Schweich has worked with MPP on a number of successful ballot initiatives, including those in Utah and Michigan. Director of Government Relations Chris Lindsey and Director of Federal Policies Don Murphy are also important members of the MPP team.

MPP does work at both the state and federal levels. The organization strives to position itself as a technical expert, offering resources like model bills and studies demonstrating the economic benefits of cannabis. It also plays an advocacy role, helping to solidify grassroots movements and support for legislation. MPP also works to communicate with and educate lawmakers, both those who champion cannabis legalization and those who have not yet been won over.

The organization has a number of success stories over the course of its history. In 2018, Michigan became the first state in the Midwest to legalize adult-use cannabis. In the same year, MPP successfully brought a ballot initiative for medical cannabis in Utah. In 2019, MPP played a role in the victory in Illinois, the first state to legalize adult-use cannabis and retail sales legislatively.

While there is no one state that has found the perfect model for cannabis legislation, Hawkins sees a lot of strong measures in Illinois. As more markets come online, legislators can look to states like Illinois and Colorado to see what works well and what doesn’t, lessening their own learning curve.

Hawkins sees state activity like this foreshadowing what will happen at the federal level. MPP is looking forward to achieving critical mass in Congress as more and more states are won over to medical and adult-use.

With 2021 right around the corner, there are at least a half dozen states that could legalize adult-use cannabis. Hawkins is excited about that possibility in New York and Connecticut, where MPP has been active. He is also hopeful for legislative change in Maryland and New Mexico in 2021.

Hawkins is seeing the ground shift more and more toward nationwide acceptance of cannabis. To put it into perspective, one-third of all Americans will live in a jurisdiction where adult-use cannabis is legal, if all four ballot initiatives pass this fall, according to Hawkins.

MPP is a nonprofit organization primarily funded by individuals. It receives both large and small contributions from individual people. Support also comes from the business community and grants. Hawkins has worked with a number of nonprofits, and he considers MPP to have a balanced and diversified pool of support.

The cannabis industry has multiple different stakeholders, and MPP forms different partnerships with those stakeholders to advance its mission. It has a policy council with members from MSOs, ancillary companies and financial services companies. MPP wants a cross-section of thought leadership to help think through states’ regulatory environments.

MPP also works with industry leaders to identify states that are potentially next for legalization efforts. It is taking that partnership approach in states like Connecticut, Maryland and New York.

Social justice and social equity are critical components of legislation in any cannabis market. MPP focuses on three core areas for any legislation that is going to be put forward: expungement, community and job creation.

MPP wants legislation to address expungement, clearing criminal records for those with cannabis-related offenses. How that looks in legislation can differ from state to state. MPP explores options like automatic expungement or governor pardon powers.

The nonprofit also pushes for legislation to address the ways in which communities have been affected by the War on Drugs. MPP wants people in these communities to be able to participate in the legal cannabis market through licensing initiatives and support for operationalizing their businesses.

The cannabis industry is going to create enormous job opportunities, and MPP is advocating for job creation in those communities most affected by the War on Drugs.

When creating legislation, cities and states need to consider how they can create effective social justice and social equity programs. A big part of this is allowing cannabis businesses to operate. Many cities and towns limit the businesses that can enter their jurisdictions, according to Hawkins. When different jurisdictions recognize cannabis as a legitimate business, there is more opportunity for communities to benefit from the industry.

Powering through the Pandemic

Shutdown orders enacted in response to the COVID-19 pandemic slowed MPP’s ballot initiative efforts. The organization was seeing excellent polling in Missouri and Oklahoma but was unable to complete signature drives in those states due to the pandemic. In Montana, MPP had to postpone its signature drive, but it was able to successfully revive the effort with social distancing measures, according to Hawkins.

While the pandemic has slowed down legislative consideration from cannabis in some respects, it does present an opportunity going forward. Many states are struggling with their budgets because of COVID-19, and cannabis offers the possibility of tens of millions of dollars in revenue, thousands of jobs and stimulation of local economies. In 2021, more states may be looking to cannabis as an economic win.

With the presidential election nearing, there is already promising change for the cannabis industry at the federal level. The MORE Act is set to be voted on in Congress. If the administration changes, decriminalization could come to pass under Joe Biden and Kamala Harris. If Donald Trump has a second term, the MORE Act may not pass, but other measures like the SAFE Banking Act have the potential to move forward, according to Hawkins.

Over the next 24 months, another 10 states could legalize cannabis for adult-use, according to Hawkins. As the number of states that support legal cannabis approaches half of the country or more, he sees the impediments to progress in Congress dissolving.

But, there remain challenges. Cannabis advocacy efforts have received more funding over the past few years, but they still need access to more resources to meet the political opportunities ahead. Hawkins hopes for cannabis supporters, both in the advocacy and business communities, to have access to the resources they need and to work together efficiently toward the collective goal of legalization.

And, there still remains the challenge of building bipartisan support for cannabis legalization. Over the course of his career in criminal justice reform, Hawkins has seen bipartisan cooperation make legislation like the First Step Act become possible. He wants to see that same support from both sides of the aisle come to cannabis reform and legislation.

5 States Expected to Legalize Cannabis by 2020