Groundbreaking Observational Study to be Launched this Summer

Minneapolis, MN. – Vireo Health, a physician-led medical cannabis company, announced today the release of a protocol designed to reduce the number of deaths each year from the use of highly addictive opioid pain medications such as oxycodone, morphine, hydromorphone and the illicit, related street drug heroin.

This first-of-its-kind draft protocol is being called FREDOM (Flexible Reduction and Expedited Discontinuation of Opioid Medications) and has been developed to offer a potential path for physicians to help patients struggling with chronic or intractable pain replace opioids with medical cannabis. The protocol has been published in draft form as a ‘working paper’ in order to elicit feedback from the largest possible number of physicians and researchers.

In 2014, nearly two million Americans abused or were dependent on prescription pain killers, and more than 14,000 people died as a result of their use, according to the federal Centers for Disease Control and Prevention (CDC). The number of deaths has quadrupled since 1999. Each day, almost 1,000 Americans are treated in emergency rooms for using these drugs improperly.

As an emergency medicine physician, I saw firsthand that opioids are overused, frequently abused and too often result in fatal overdoses 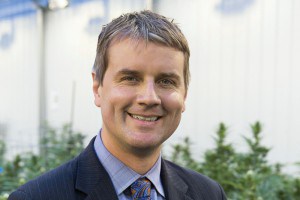 The noble war against opioids can only be won through collaboration which is why we have invited researchers and physicians from around the world to offer their expert feedback on the FREDOM protocol. We view this protocol and the data that will follow as a first step in combating this public health crisis.

Similar to software developers releasing their original source code into the public realm for free in the hopes that others will test and improve upon the code as they see fit, Vireo is taking an ‘open source’ approach to its draft protocol. Over time, Vireo hopes that feedback will contribute to an improved understanding about the extent to which medical cannabis can serve as a viable alternative to opioids.

Vireo is starting observational data collection around the FREDOM protocol this summer. This observational study seeks to enroll a minimum of 100 patients. As of April 2016, Vireo Health’s two subsidiaries – Vireo Health of New York and Minnesota Medical Solutions – had access to a population of more than 3,000 patients certified by physicians to use medical cannabis under their respective State laws.

Beginning on August 1, 2016, patients in Minnesota with intractable pain — pain that can’t be relieved or cured with other methods — can be authorized to purchase cannabis-based medicine. Many of these patients use opioids on a regular basis and will therefore qualify to participate in the planned observational study. Since New York law does not currently include intractable pain as a qualifying medical condition to become eligible for the State’s medical marijuana program, a much smaller number of patients would likely qualify for the study.

“We will be working closely with researchers, patients’ primary care physicians and physicians who specialize in pain management to learn more about a medically sound approach for potentially reducing the use of opioids,” said Laura Bultman, M.D., Vireo’s Chief Medical Officer. “While existing research is encouraging, the draft protocol represents an important step towards bringing more rigor and consistency to the medical cannabis field and finding safer possible options for patients.”

There are compelling reasons that opioids such as hydrocodone, oxycodone, oxymorphone, and methadone could be at least partially replaced by cannabis-based medicines. A February 2016 article in the Clinical Journal of Pain (The Effect of Medicinal Cannabis on Pain and Quality of Life Outcomes in Chronic Pain,) showed a 44% reduction in opioid pain medication usage in chronic pain patients utilizing medical cannabis. Another study (Medical Cannabis Laws and Opioid Analgesic Overdose Mortality in the United States, 1999-2010) found that states with medical cannabis laws had a 24.8% lower mean annual opioid overdose mortality rate compared with states without medical cannabis laws. Additional studies since then have shown a reduction in opiate use in chronic pain patients using cannabis for pain treatment.

“Reducing opioid misuse and abuse is one of my top priorities as a physician, said Stephen Dahmer, M.D., Chief Medical Officer of Vireo Health of New York. “Patients deserve sound options when faced with pain and suffering. This application of medical cannabis has that potential and could have major public health implications both in the United States and beyond.”

“Early evidence suggests a role for medical cannabis to minimize opioid use, and possibly provide an alternative to opioids, in the treatment of pain,” said Charles Reznikoff, M.D., a Minneapolis-based internal medicine physician who specializes in addiction, and is not affiliated with Vireo Health. “If proven true, this would improve lives and possibly prevent accidental opioid overdose. This is an important area of research.”

“Medical cannabis has fewer side effects than opioids and has already proven effective for many of my patients. In fact, some have already been able to reduce their opioid dosage,” said Grace I. Forde, M.D., a New York-based neurologist who specializes in pain medicine and is not affiliated with Vireo Health. “We have a huge public health problem in this country with opioids and this protocol is a step in the right direction.”

The FREDOM protocol is available for download at http://vireohealth.com/research. Physicians and researchers are invited to provide feedback and learn more about the planned observational data collection through the Company’s website or by emailing research@vireohealth.com.

Vireo Health has published the FREDOM protocol in draft form and modifications are highly likely over time. Utilization of this protocol or variants thereof in patient treatment plans are at the sole discretion of patients’ primary treating physician. The draft FREDOM protocol along with the information contained in this press release have not been evaluated by the Food and Drug Administration or any other regulatory body. Vireo Health is making absolutely no statements as to the efficacy of cannabis based medicines in the treatment of pain or other medical conditions.

Vireo’s planned observational study utilizing the FREDOM protocol will enroll a minimum of 100 patients. To become eligible to participate, patients must meet all of the following criteria:

In a February 8, 2016 letter, US Senator Elizabeth Warren asked CDC Director Dr. Tom Friedan to explore “the impact of the legalization of medical and recreational marijuana on opioid overdose deaths.”

A July 2015 paper published by the National Bureau of Economic Research (Do Medical Marijuana Laws Reduce Addictions and Deaths Related to Pain Killers?) found that “providing broader access to medical marijuana may have the potential benefit of reducing abuse of highly addictive painkillers.”

There is ample reason to believe that opioids could be replaced, in part, by cannabis. A February 2016 paper published in the Clinical Journal of Pain: The Effect of Medicinal Cannabis on Pain and Quality of Life Outcomes in Chronic Pain, showed a 44% reduction in opioid use in chronic pain patients taking medical cannabis.