DENVER, December 05, 2019–(BUSINESS WIRE)–MedPharm, the leader in cannabis research and formulation development, which has agreed to be acquired by Medicine Man Technologies (OTCQX: MDCL), will launch a landmark, double-blind, placebo controlled clinical trial in the first half of 2020 to explore how cannabis works for patients with Dementia and Alzheimer’s.

MedPharm will be exploring the action of a research-based, scientifically formulated compound containing cannabinoids and nootropic nutrients in patients diagnosed with Dementia and Alzheimer’s. The study will encompass patient surveys, memory tests, caregiver surveys, brain scans, and blood tests.

“MedPharm will investigate a proprietary compound that contains naturally derived cannabinoids and excipients that have been scientifically demonstrated to positively affect brain function, with the goal of helping us better understand and treat Alzheimer’s,” Dr. Tyrell Towle, MedPharm research scientist, says.

This study is the first of its kind and demonstrates that research teams like ours continue to investigate more and more details about the amazing properties of the cannabis plant and the actions of its various compounds working with the human endocannabinoid system. 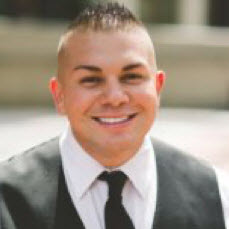 We intend to discover applications that successfully treat symptoms of complicated and incurable human diseases that have confounded traditional medical science.

Researchers from around the world have investigated the effects of THC in vitro on cellular systems known to be involved in Alzheimer’s and Dementia. To date, the majority of cannabis research has been observational.

However, under Colorado’s research license, MedPharm is able to prepare placebo and active medications for distribution to study patients.

MedPharm’s research partners include a world-renowned neurologist; CereScan®, a functional brain imaging and analytics company; and a cutting-edge blood testing company that will evaluate the levels of neuroinflammatory biomarkers.

The team will evaluate and compare the effect of the formulation in over 120 regions of the brain and analyze the results against a large database of brain scans. “At CereScan®, we are proud to play a part in helping our clients assess the safety and efficacy, through advanced biomarkers, of new treatments that improve people’s lives,” said John Kelley, President and CEO of CereScan®.

The United Nations population projections estimate that 370 million people will be older than 80 years by 2050 and the associated increase in patients with AD will pose a substantial socio-economic burden.

The following examples support MedPharm’s approach to treating these diseases.

According to research presented by the Alzheimer’s Society of the UK, a key hallmark of Alzheimer’s disease is the build-up of clumps of a protein, called amyloid, in the brain. Some studies have shown that components of cannabis, including THC, appear to remove this protein from nerve cells grown in the lab.

A study published in the Journal of Alzheimer’s Disease found that low doses of THC can enhance mitochondria function and does not inhibit melatonin’s enhancement of mitochondria function. “These sets of data strongly suggest that THC could be a potential therapeutic treatment option for Alzheimer’s disease through multiple functions and pathways,” the study’s researchers reported.

“The MedPharm study is coming at a time when other studies of medical cannabis around the world point to the probability of success in not only treating the effects of many different types of human diseases such as Alzheimer’s, but understanding how cannabis may help address their root causes. This is truly an exciting time,” says MedPharm Director of Formulation Development, Scott Karolchyk, MS, RPh.

By continuing to employ the company’s full range of scientific researchers and laboratory resources, it is expected that MedPharm’s work will add significant insight and contribute credible new discoveries into how cannabis works to counter the destructive effects of not only Alzheimer’s, but other diseases as well.

MedPharm is based in Denver, Colorado and operates a 15,000-square-foot facility comprised of cannabis cultivation, extraction, formulation, and research and development laboratory. Since beginning operations in 2016, MedPharm has grown to a staff of 30 people, including a team of PhDs, compound pharmacists, analytical chemists and other industry leading scientists. Additionally, Scott Karolchyk and Tyrell Towle are members of the Colorado Department of Public Health and Environment, Marijuana Enforcement Division, Science and Policy Work Group.