Our first quarter performance underlines the successful execution of our growth strategy and ongoing commitment to provide mainstream cannabis consumers a wide breadth of products for their lifestyle and wellness needs.

Our four-pillars strategy – built around a quality team, superior assets, strong balance sheet and the ability to efficiently and effectively raise and deploy capital – has set us up to successfully achieve our vision. We are now entering a new phase focused on fully operationalizing our vast footprint.

Since going public in May, MedMen has advanced its first-mover advantage at a highly accelerated pace. Upon closing of all pending transactions, MedMen will be licensed for 69 retail stores and 16 cultivation and production factories across 12 states, reaching about half of the U.S. addressable market. MedMen has a proven concept and track record, having established a 5.3% market share in California, one of the most mature cannabis markets in the U.S. The Company now plans to leverage this experience to accelerate the development of new locations and its seed-to-sale operations.

MedMen expanded its executive team and continued to build its Board of Directors.

During the first quarter, the Company continued to make significant investments in building the corporate infrastructure and team required to execute its strategy for long-term growth. SG&A expenses included $4.8 million in marketing and branding, $16.3 million for salaries and benefits. Furthermore, SG&A expenses for the first quarter also included $1.4 million acquisition related costs and $24.9 million of cash and non-cash stock-based compensation and employee incentive plans expense and $4.7 million for state, local and federal tax-related expenses.

Additional information relating to the Company’s first quarter 2019 results is available on SEDAR at www.sedar.com in the Company’s Annual Financial Statements and Management Discussion & Analysis (“MD&A”).

MedMen refers to certain non-IFRS financial measures such as annualized sales per square foot, Earnings Before Interest, Taxes, Depreciation and Amortization (EBITDA) and adjusted EBITDA (earnings defined as earnings before interest, taxes, depreciation, amortization, less certain non-cash equity compensation expense, including one-time transaction fees and all other non-cash items). These measures do not have any standardized meaning prescribed by IFRS and may not be comparable to similar measures presented by other issuers.

Please see the “Supplemental Information (Unaudited) Regarding Non-IFRS Financial Measures” at the end of this press release for more detailed information regarding non-IFRS financial measures. 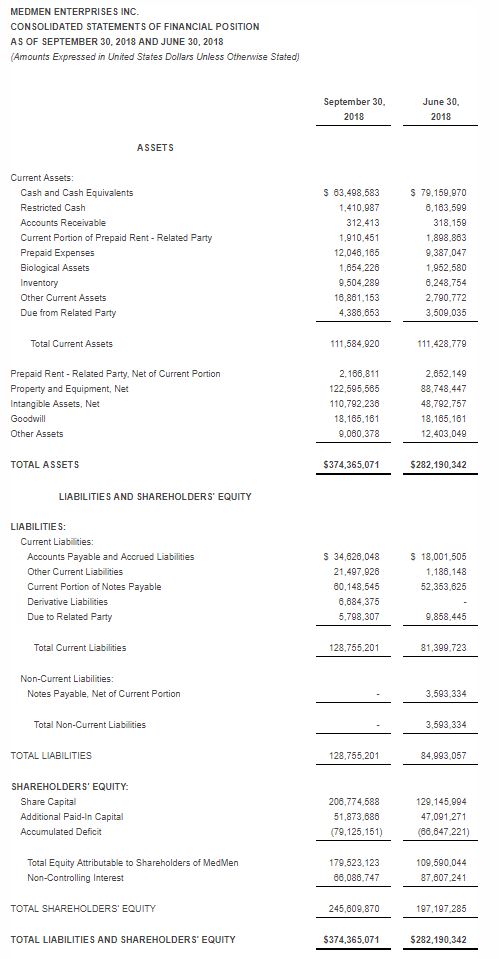 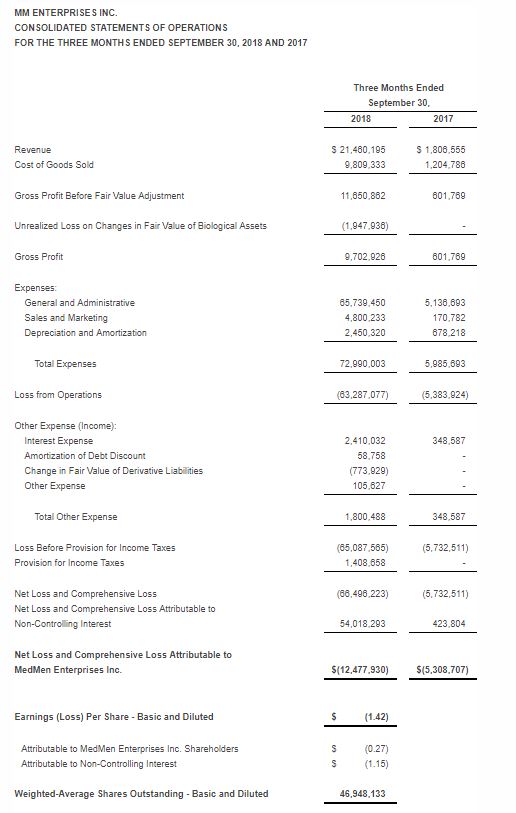 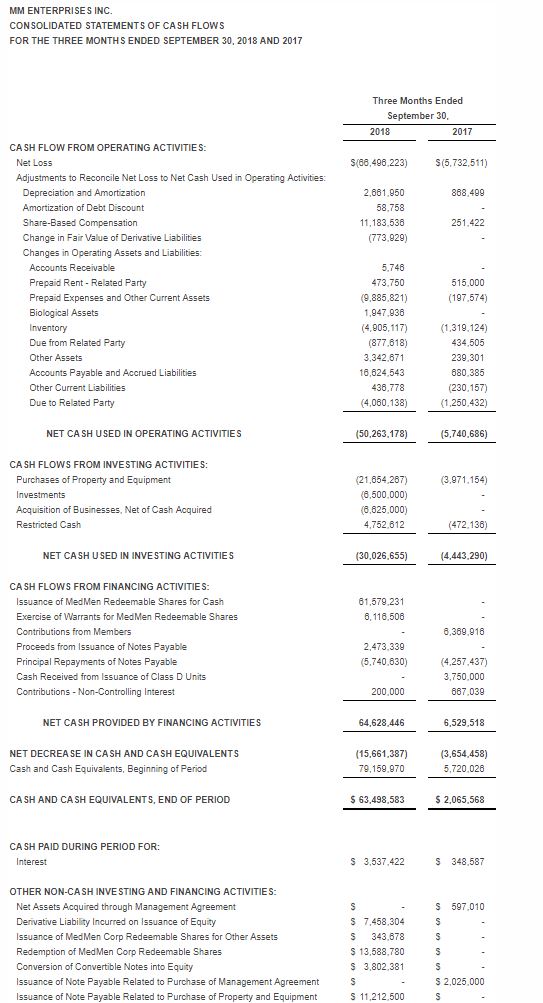 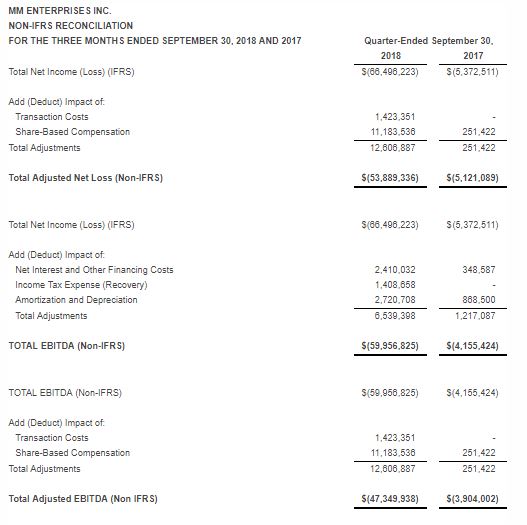