“Fiscal 2019 was a transformative year for MedMen, with over two million completed retail transactions to date and revenues increasing 227% year-over-year,” said Adam Bierman, MedMen co-founder and chief executive officer. “Our success was due, largely in part, to our loyal customer base. Throughout the year, we served over one million customers from all 50 states and more than 100 countries. In California, the largest cannabis market in the world, MedMen surpassed a record $110 million in annualized run-rate retail revenue.”

While industry tailwinds propelled us forward over the past twelve months, changing macroeconomic conditions have led us to refocus our strategy, to reevaluate our assets and to determine where it makes most sense to allocate capital going forward. As we progress into the next fiscal year, our go-forward strategy will therefore focus on three key objectives: optimizing our current retail assets, unlocking the further potential of our factories, and leveraging our omnichannel strategy.

As we bring all of our factories online and up to full capacity, and simultaneously optimize our current retail assets across our core geographic markets, we continue on our path toward profitability.

Additional information relating to the Company’s fourth quarter and fiscal year 2019 results is available on SEDAR at www.sedar.com in the Company’s Annual Financial Statements and Management Discussion & Analysis (“MD&A”) for the quarter.

Please see the “Supplemental Information (Unaudited) Regarding Non-IFRS Financial Measures” at the end of the MD&A for more detailed information regarding non-IFRS financial measures.

Founded in 2010, MedMen is North America’s premium cannabis retailer. Founders Adam Bierman and Andrew Modlin have defined the next generation discovery platform for cannabis and all its benefits. A robust selection of high-quality products, including MedMen-owned brands [statemade], LuxLyte and MedMen Red, coupled with a team of cannabis-educated associates cement the Company’s commitment to providing an unparalleled experience. MedMen’s industry-leading technology enables a fully compliant, owned-and-operated delivery service and MedMen Buds, a nationwide loyalty program. MedMen believes that a world where cannabis is legal and regulated is safer, healthier and happier. Learn more at www.medmen.com 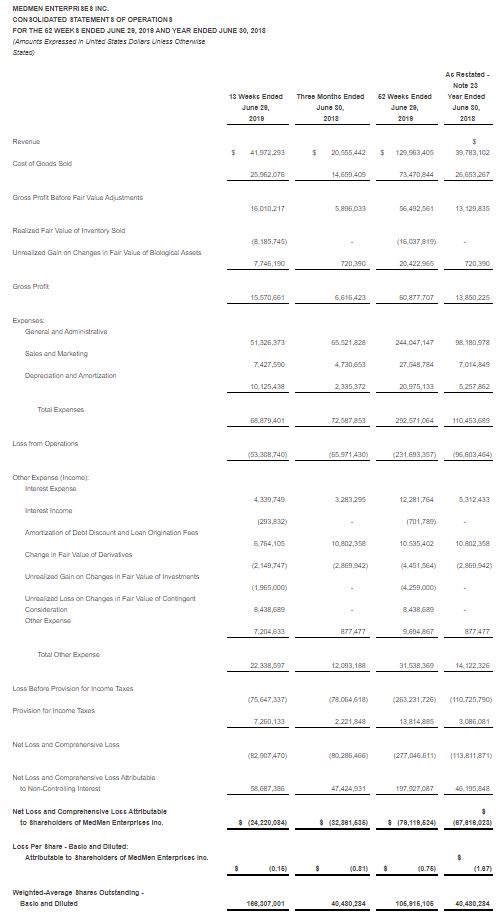 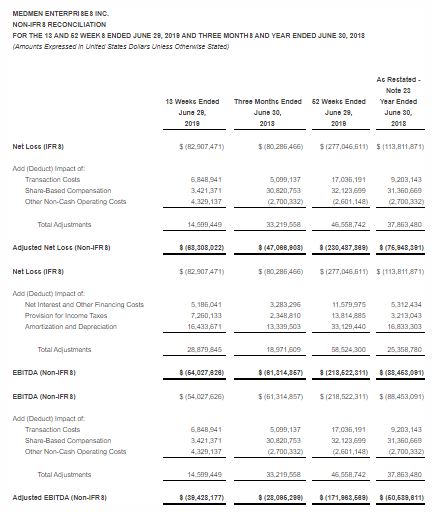