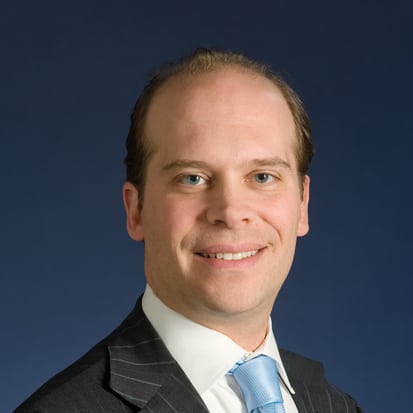 Neil Closner, CEO and Co-Founder of MedReleaf (TSX: LEAF) (OTC: MEDFF), believes his company has positioned itself as one of the leading producers in the Canadian cannabis market, with a focus on premium product and a track record of superior execution. The vertically-integrated licensed producer cultivates cannabis plants, produces cannabis products, and serves as a direct-to-patient distributor in the current medical market but is preparing for a bigger market ahead as the country legalizes fully. Closner spoke with New Cannabis Ventures about the company’s strengths, its first adult-use brand, and where he sees the biggest opportunities ahead.

Closner has a long history in the healthcare and startup worlds; so, the cannabis industry was a natural fit for his talents. After learning about the potential cannabis has to improve lives, Closner and his fellow cofounders started MedReleaf. Today, the company is living up to its commitment to a premium product and earning premium pricing by consistently hitting objective benchmarks like consistency and safety while scoring highly on the more subjective metrics like flavor, taste and smell.

MedReleaf has an edge in the market partially due to its strategic relationship with Tikun Olam, which has been a licensed producer in Israel for more than 15 years. Closner refers to the company as “the grandfather of medical cannabis” and credits it with helping him get to know the industry. That partnership also gave Closner’s company access to invaluable data on how medical cannabis has been used to treat symptoms in the population of Israel. When MedReleaf started having conversations with physicians about medical cannabis, it had data to back up its assertions.

Another hallmark of the company’s success has been its ability to keep production costs of its indoor, premium product low through continuous improvement processes centered upon an analytics-based system geared toward understanding efficiency and quality. This system allowed MedReleaf to achieve 7,000 kilograms of production out of its first facility in Markham, Ontario when the initial goal at that space was just 4,000 kilograms. The company’s second facility, located in Bradford, Ontario, is four times the size and boosts its annual capacity to 35,000 kilograms. During the third quarter, the Bradford facility was utilized at only about 1/3 of capacity, which resulted in an increase in cash cost per gram of $1.83 from $1.55 a year ago and $1.46 in the prior quarter. Looking ahead, Closner is confident that costs will drop again below $1.50 per gram as production ramps up in the new facility.

One of the company’s big focuses right now is the adult-use market, and MedReleaf has just launched its first adult-use brand: San Rafael ’71. The new brand, which pays homage to the start of 420 culture in California, targets experienced consumers and is partnered with Amsterdam Brewing. Knowing that regulations would not allow the company to explicitly market a cannabis brand at this point in time, MedReleaf teamed up with the craft beer brewer to release 420 Pale Ale. That early brand exposure will help consumers recognize the San Rafael ’71 name when the adult-use market opens up. As that market segment gets off the ground, the company will likely roll out more brands targeting different types of consumers, with an array of products underneath those brands.

In addition to the adult-use market, MedReleaf sees a big opportunity in oils. During the company’s third quarter, oils as a percentage of sales took a big jump upward to 21%, and the company is about to begin selling its soft-gels. Closner expects sales to grow even more, looking to the U.S. as an example; extract sales in certain states approach nearly half or more of total sales. Closner believes his company’s strong, premium flower business, which help produce oils that are strain-specific and consistent with all terpenes preserved, will enable it to be competitive to some of the blended, unspecified offerings from competitors. The increasing importance of extract-based products has led the company to consider operating a greenhouse in the future.

MedReleaf keeps a close eye on its supply and demand mix, which means the company is open to the possibility of buying or building additional production capacity, though it is less interested than competitors in buying or building additional capacity outside of Ontario. While additional production space is one consideration, the company also invests in research. Closner explained that the company focuses on research to help push the industry forward, with. more research serving as a driver to help physicians become more comfortable prescribing medical cannabis to their patients. The company is working on a number of initiatives in partnership with major healthcare institutions, some of which expects to make public soon.

MedReleaf has employees on the ground in more than six countries and is bullish on international opportunities,  recently commencing operations in Australia. Closner views the market there as akin to the Canadian medical cannabis market five years ago, with patients just learning how cannabis can help them but physicians still requiring some education to get comfortable prescribing it. It is exploring both import opportunities and domestic production partnerships in other countries as well. Deciding which countries are ripe for exploration will depend on the regulatory environment, the investing environment, and the market prospects, and Closner indicated that it will deploy capital prudently as it has done in Canada.

Looking ahead, Closner still sees enormous potential in the Canadian medical-use market, with only 15% of physicians prescribing medical cannabis. MedReleaf is working on launching a DNA-based test that will help physicians understand which cannabis strain can help a patient and how much should be prescribed, something Closner hopes will play a role in expanding the medical-use market. The company is also optimistic about the growth that will likely stem from the burgeoning adult-use market.

Listen to full interview below: