GrowGeneration Secures $1,650,000 in Capital From Merida Capital Partners to Continue to Fuel Growth

(Marketwired – March 14, 2017) – GrowGeneration Corp. (OTC: GRWG), GrowGeneration (“GrowGen” or the “Company”), one of the largest specialty retail hydroponic and organic gardening store chains, selling to both the commercial and home cannabis markets, with currently 10 locations in Colorado, 1 location in California and 1 location in Las Vegas, NV., today announced that it has secured $1,650,000 in equity financing from Merida Capital Partners, a cannabis infrastructure fund, to continue fueling its expansion plans primarily in California and the West Coast. The transaction was priced at $2.00 with a warrant to purchase common shares at $2.75. The transaction, when factoring in warrant exercises, will total $3.92M in capital into the Company. The warrant is callable when GrowGen trades at $4.12 or higher.

Commenting on GrowGen’s transaction with Merida Capital Partners, Darren Lampert, Co-Founder and CEO, said, ” We are excited to strengthen our partnership with a strategic industry source like Merida Capital Partners. The capital in this transaction will be deployed to expand the company’s footprint through our new store opening and acquisition program. As we previously announced, GrowGen is opening its 2nd store operation in Denver South, which is scheduled for April 1, 2017; the acquisition of Sonoma Hydro, which is now complete and successfully operating under the GrowGeneration brand, and we are focused on acquisitions and new store openings in growth markets that include California, Colorado, Washington, and Massachusetts over the next few quarters. Our partners at Merida have supported us from the beginning and continue to be supportive of our business model with this recent capital infusion. ”

Merida is excited to significantly add to our previous capital investment in GrowGen’s growth plans, which have been executed incredibly well by management, as evidenced by their triple digit year over year revenue growth for several consecutive years. 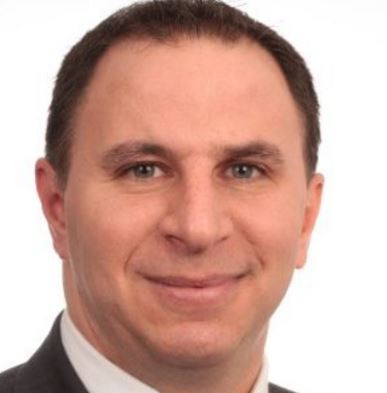 We believe the rapid growth will persist and GrowGen will continue to shine as one of the truly successful ancillary companies in the hydroponic and cannabis space.

GrowGeneration Corp. (“GrowGen”) owns and operates specialty retail hydroponic and organic gardening stores. Currently, GrowGen has 12 stores, which includes 10 locations in Colorado, 1 location in California and 1 location in Nevada. GrowGen carries and sells thousands of products, including organic nutrients and soils, advanced lighting technology and state of the art hydroponic equipment to be used indoors and outdoors by commercial and home growers. Our mission is to own and operate GrowGeneration branded stores in all of the major legalized cannabis states. Management estimates that roughly 1,000 hydroponic stores are in operation in the U.S. According to New Frontier Data, the U.S. cannabis market was $5.7 billion in 2015 and is expected to have reached $7.2 billion at the end of 2016. By 2020 the market is estimated to reach over $23 billion with a compound annual growth rate of 32%.

Merida Capital Partners is a private equity fund targeting fundamental growth drivers underpinning the rapid development of the cannabis industry. Our investment emphasis focuses on technologies, products and services associated with the evolution of cannabis as an agricultural product, a natural plant-based medicine, a constituent in pharmaceutical formulations, and a recreational consumer product.