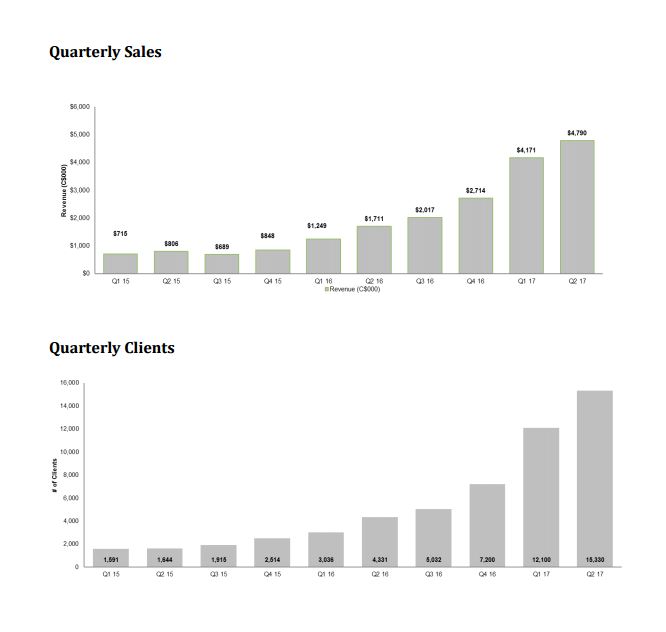 During the second quarter, we experienced solid growth in terms of sales and client acquisition. We focused on capacity expansion, transitioned most of our operations to our newest facility and significantly improved operational efficiencies, which, while not evident in our Q2 results, are already driving improved margins and accelerating sales.

Looking ahead to the balance of the fiscal year and beyond, our capacity to service the needs of our growing client base, combined with our ongoing expansion of Bowmanville South, leaves us very well positioned for continuous and sustainable growth within this accelerating medical cannabis market and prepared for the impending recreational cannabis market.