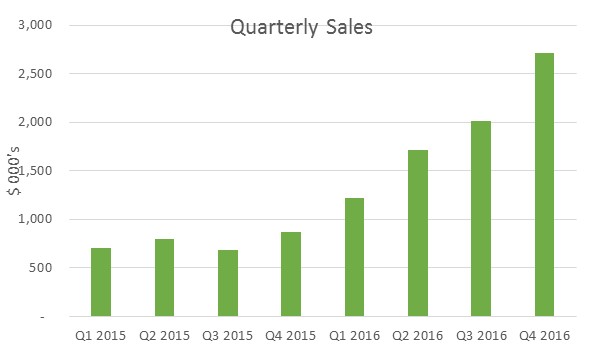 As at March 31, 2016, the Company maintained a solid balance sheet with a net cash position of approximately $7.1 million. Subsequently, Mettrum completed a financing on May 10, 2016 for $7.8 million of net proceeds.

I am very pleased with our performance over the past year. The final quarter capped off a year of continuously improving growth in revenue and operating margins. We’re looking forward to further success during the coming year. Fiscal 2017 is off to a strong start. With all three of our facilities licensed for production and sale of dried cannabis and cannabis extracts, we will continue to grow the business and achieve cash flow break even while maintaining market share.

Mettrum will continue to build upon our physician centric medical business and due to our current and future production capacity, and operational expertise, the company is exceptionally well positioned to be a major player when the recreational market opens up in Canada. It is our goal to launch our first retail oriented products within the year.