Mettrum Health Corp. (“Mettrum” or the “Company”) (TSXV: MT) (OTC: MQTRF), a vertically integrated provider of cannabis products, is pleased to announce that it has entered into an agreement with Cannabis Care Canada Inc. (“CCC”) to sell to CCC its wholly-owned subsidiary Mettrum (Bennett North) Ltd. (“Bennett Road North”), which is licensed to produce and sell dried cannabis and cannabis extracts for medical purposes. CCC is financially backed by Laborers International Union of North America (“LIUNA”), North America’s single largest construction union with over 100,000 Canadian members. Under the terms of the agreement, CCC will pay $7 million in cash to acquire Bennett Road North and enter into a three-year Supply Agreement that is expected to generate up to $40mm in revenue for Mettrum over the next three years. As part of the transaction, CCC will assume all outstanding obligations associated with Bennett Road North.

Once the transaction is completed in the coming months, Bennett Road North will be renamed Starseed Medicinal Inc. (“Starseed”) and will become a wholly-owned subsidiary of CCC, whose board members include Mr. G. Edmund King (former CEO and Chairman of Wood Gundy), Dr. Hugh E. Scully (previously president of both the Ontario and Canadian Medical Associations), and retired Major General Lewis Mackenzie. Mettrum will supply Starseed with cannabis and cannabis extracts to sell to members of LiUNA who have valid medical documents to use cannabis for medical purposes.

As previously announced, Mettrum will continue to consolidate operations at its new facility and headquarters, at 314 Bennett Road (“Bennett Road South”). Bennett Road South occupies 60,000 sq/ft on seven acres of land. Mettrum has begun construction to double its total production capacity, currently at approximately 6,000 kg per year, to 12,000 kg before the end of its current fiscal year ending March 31, 2017, and plans to have total production capacity of approximately 25,000 kg by the end of the fiscal year ending March 31, 2018.

Divesting of Bennett Road North is not anticipated to have any material impact on Mettrum’s production, as the yearly production at the facility is approximately 500 kg. As a result of the sale, the Company is expecting to achieve material operational efficiencies by streamlining and consolidating its operations. Furthermore, the three-year Supply Agreement is expected to make a material contribution to the Company’s revenue and profitability.

Given the scale of our operations at Bennett Road South and Creemore, it was very timely to find a purchaser for Bennett Road North who is also a great strategic partner. We are extremely excited to enter into this agreement which does three important things for Mettrum.

First, it allows us to continue to lower operating costs by streamlining and consolidating our operations at our new headquarters. Second, it strengthens our already robust balance sheet in a non-dilutive manner. Lastly, and most importantly, it greatly enhances the scale of our business through our supply agreement, and access to a new market, with Cannabis Care Canada Inc.

Laborers International Union of North America (“LiUNA”), North America’s single largest construction union with over 100,000 Canadian members, is a shareholder of Cannabis Care Canada Inc. and will be working closely with Starseed on behalf of its members.

We believe cannabis is a medicine able to treat many ailments, including the management of pain. Working in conjunction with Mettrum and Starseed, we want to make medicinal cannabis treatment available to all of our members and their families and will, in time, make it a paid benefit. 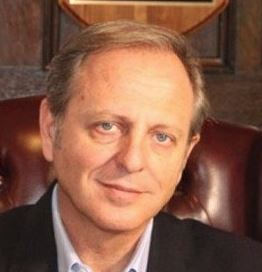 The transaction is expected to be completed by January, 2017 and is subject to the completion of certain conditions of closing.

Neither the Exchange nor its Regulation Services Provider (as that term is defined in the policies of the Exchange) accepts responsibility for the adequacy or accuracy of this Press release.