As California moves towards regulation of medical cannabis and full legalization for adult-use, the state is tackling many challenges in advance of the new regulatory system, which will include tax payments to the state by licensed operators. On November 7th, John Chiang, California’s Treasurer, released a report this week from a panel of 18 stakeholders, the Cannabis Banking Working Group (CBWG), which has a goal of recommending strategies to address the lack of access to banking.

Based on the Working Group’s findings, my office believes the best way to approach the cannabis banking problem is to think in terms of a series of steps, each of which involves greater access to banking services. The starting point is the current situation, in which the cannabis industry operates predominantly in cash, with only sporadic banking access. The end point is federal legalization of cannabis or, if that is not achievable, legislation shielding financial institutions that serve the cannabis industry. 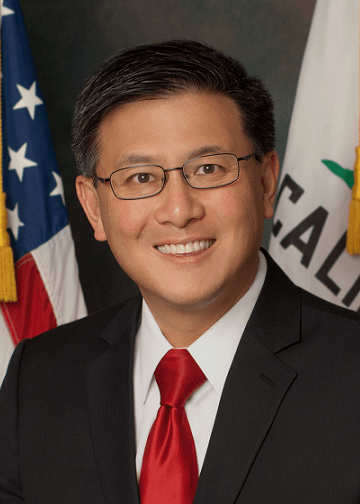 To progress along this continuum, we recommend the following actions: (1) the implementation of safer, more effective, and scalable ways to handle the payment of taxes and fees in cash that minimize the risks to stakeholders; (2) the State of California and local governments should develop a data portal of compliance and regulatory data and make it available to financial institutions that bank cannabis businesses; (3) a feasibility study of a public bank or other state-backed financial institution that provides banking services to the cannabis industry should be conducted; and (4) a multistate consortium of state government representatives and other stakeholders should be established to pursue changes to federal law to remove the barriers to cannabis banking.

The complete report from the CBWG explains the cannabis banking challenges and why it is imperative for the state to work to provide solutions. The difficulty in accessing banking services leaves operators handling cash exposed to violent crime and can lead to underpayment of taxes as well as difficulty in receiving large cash payment. To address the tax issues, CBWG recommended a solution originally endorsed by MGO as described in a whitepaper released in September. 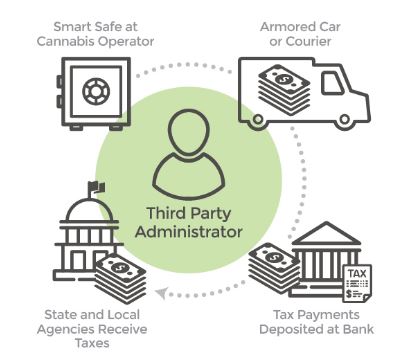 The MGO solution includes the installation of cloud-enabled “Smart Safes” to serve as collection points, with businesses making deposits daily or weekly that are logged by a Third Party Administrator (TPA). The TPA would coordinate efforts with government agencies, operators, banks and a armored couriers.

If California were to adopt this solution, it would be the first time a state has created a regulatory system designed to handle cash generated by the cannabis industry. MGO points to the solution as providing not only security, transparency and efficiency but also a “pathway for the cannabis industry to access banking as regulatory bodies become aware of revenues the industry generates.”