Peguis First Nation recently announced the completion of a deal with the City of Selkirk whereby they  are investing $5 million into a 100% owned 7,000 square foot strip mall that will include a variety of services including a chronic care facility and cannabis store. This project will create 60 jobs and marks a significant event in the history of Peguis First Nation and the City of Selkirk that dates back two centuries. Not since July 18, 1817, when a historic treaty was signed between five chiefs and Lord Selkirk has there been a deal signed between the two groups, until now.

Today, we’re repatriating our lands and our traditional homeland of the St. Peter’s Reserve. The City of Selkirk is an important location for Peguis members historically but also today. This is only a start for Peguis investment in Selkirk. 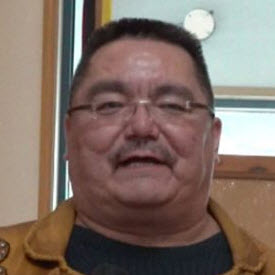 Selkirk Mayor Larry Johannson joined Chief Hudson at this important announcement and expressed his pleasure with the new deal and the historical significance. Regarding cannabis retail in Selkirk he noted, “We welcome it. It’s legal and full of opportunities.”

The Selkirk project is one of two Peguis developments underway that MJardin partnered on with the second being a 14,000 square foot mall in Winnipeg, Manitoba that also includes cannabis retail and various tenants including Toronto based “The Clinic Network”, a chronic care clinic facility that encompasses cannabis treatment.

MJardin acquired GrowForce Holdings in December 2018 and is currently partnered with Peguis First Nation in which MJardin offers years of adult use retail experience from the U.S., cannabis knowledge training, store development, brand design, management training resources, future product supply and more. The Company also owns a 120,000 square foot cultivation facility in Winnipeg, Manitoba that is nearing Phase 1 completion and is the largest facility in the Company portfolio.

MJardin is a cannabis management platform with extensive experience in cultivation, processing, distribution and retail. For over 10 years, MJardin has refined cultivation methodologies, developed state of the art facilities and implemented vertical integration for and on behalf of license owners. MJardin is based in Denver, Colorado and Toronto, Canada. For more information, please visit www.mjardin.com.

The CSE has not in any way passed upon the merits of and has neither approved nor disapproved the contents of this news release.