The index remains substantially below the all-time closing high of 1314.33 on September 25th a year ago, just ahead of Canadian legalization. It closed the month at a new 52-week low, a level  not seen since late 2017, and ended the month down 16.4% year-to-date: 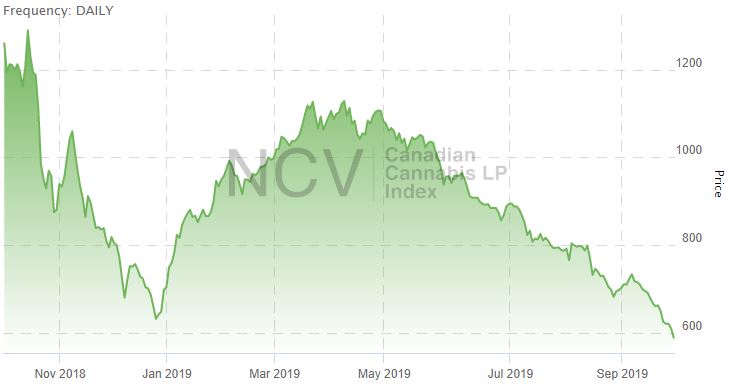 The returns for the overall sector varied greatly, with  4 names posting positive returns, while 23 declined by more than 20%, for a median return of -18.5%: 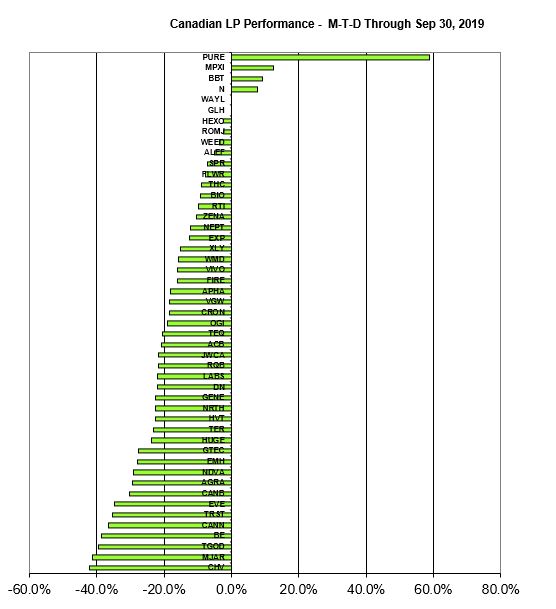 For October, the overall index will have 48 constituents, as CannTrust (TSX: TRST) (NYSE: CTST) had its license suspended by Health Canada and has been removed from the index. Supreme Cannabis has moved from Tier 2 to Tier 1, and Emerald Health (TSXV: EMH) (OTC: EMHTF) has joined Tier 2. Readers should be aware that Sundial Growers (NASDAQ: SNDL) and Tilray (NASDAQ: TLRY), with no Canadian listings, is not eligible for inclusion in the index, which is denominated in Canadian dollars. Note that the cut-off date for making changes to the index was 9/26.