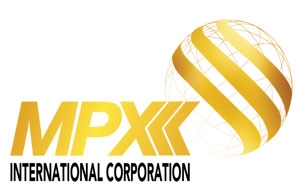 2019 was a transformative year for MPXI. We are no longer a Canadian company with global aspirations. Today, we are a true international company with operations under development in six countries on four continents including Canada.

We have made tremendous progress since commencing operations in February 2019, achieving numerous milestones integral to our long-term growth strategy. We are now extremely well positioned to continue to execute on the plan we have outlined to investors and deliver results for our shareholders.

“Each of these milestones is significant in their own right, but combined they reflect the building momentum we have been able to achieve and are the direct result of our teams’ knowledge, expertise and dedication to responsibly growing this company,” continued Mr. Boyes. “We are establishing and rapidly developing all of the elements – cultivation, manufacturing, and distribution – to become a vertically-integrated premier global cannabis company.”

“In Canada, Canveda received its bQb-GMP manufacturing status and is now fully licensed and selling cannabis directly into the market. One the greatest drivers of growth in the medical cannabis market in Canada is patient acquisition. Our acquisition and recent launch of the MCLN, as well as our wholly-owned subsidiary, Spartan Wellness, which is dedicated to helping veterans and first responders access medical cannabis, is expected to play a significant role in this process.”

“Our operations in Europe continue to advance. Acquiring HolyWeed in the second quarter brought one of the most well-known brands in Europe under our umbrella and provided us with instant credibility. HolyWeed’s products are now distributed in Switzerland and are now also available in the UK at our London “beleaf'” location.”

“The “beleaf” retail location, which opened in central London in November of 2019, has raised our brand awareness in the UK considerably along with our inclusion in a BBC documentary on Canada’s cannabis experience that has received over one million views.”

“Development of our GMP-ready facility in Malta is continuing on schedule. Our ability to retain certain highly qualified staff there is expected to speed our ability to attain EU-GMP status and to fully develop this facility into a production hub for our Salus BioPharma products for further distribution into Europe,” continued Mr. Boyes.

“Furthermore, our recent harvest in Switzerland provides us with our greatest source of near-term revenue, with over 90 tons of Swiss-grown, single-sourced high-CBD organic biomass collected and ready for processing,” said Mr. Boyes. “The development of our extraction and processing facility in Nyon continues with operations expected to commence in the second half of this year.”

“MPXI continues to advance its operations in Australia too, with the completion of the acquisition of the remaining interest in MPX Australia and the receipt of both a Cannabis Manufacture Licence and Medical Cannabis Licence subsequent to year end,” Mr. Boyes said.

“We have accomplished each of these milestones just months after commencing operations. We are determined to recreate the definable value we created in the United States; and as evidenced by the undeniably quick progress MPX International has achieved in this relatively new company, we are continuing to drive development and growth according to plan,” concluded Mr. Boyes.

Canveda: Canveda’s 12,000 sq. ft facility is currently in full production and expects to produce approximately 1,200,000 grams of high-quality cannabis flower per year under its current cultivation method. It is developing its medical patient and product strategy and has commenced selling its own products directly to registered patients for medical purposes as well as all of the provincial and territorial cannabis boards and holders of a licence for sale. In order to expand flower production within the existing structure, a specialized rotary garden system (“RGS”) is expected to be introduced in one of the larger grow rooms in the later part of calendar Q1 2020. Management expects that this RGS will significantly increase the yield of flower production per square foot. If the RGS experiment is successful, similar equipment will be subsequently installed in the remaining grow rooms and the additional freed up space is expected to be used for the addition of extraction, manufacturing and packaging of cannabinoid-based tinctures, topicals, oils, concentrates, transdermal patches, and suppositories.

Medical Cannabis Learning Network: The MCLN private social network connects patients with credible information on the use of medical cannabis, offers the ability to have a virtual consultation with a qualified medical practitioner and acts as an order-entry tool for the purchase of medical cannabis products from Canveda. The MCLN and its integration with the Spartan Wellness Corporation (“Spartan Wellness”) platform is expected to play a significant role in our Canadian growth strategy this coming year.

Spartan Wellness: Spartan Wellness, a wholly-owned subsidiary of MPXI, facilitates the acquisition of medicinal cannabis by Canadian military veterans and first responders. Following receipt of Canveda’s sales license on July 26, 2019, the Company is converting the Spartan Wellness patient base to patients of Canveda.

BioCannabis: BioCannabis Products Ltd. (“BioCannabis”), a wholly-owned subsidiary of the Company, submitted an application to Health Canada to become a licensed producer under Health Canada’s Marijuana for Medical Purposes Regulations in October 2014 out of a 72,342 square foot facility in Owen Sound, Ontario. BioCannabis received notice from Health Canada that its application had reached the Confirmation of Readiness stage. This stage requires the submission of an evidence package to Health Canada demonstrating that all of the rooms in the applicant’s facility are ready, fully secured and ready to function. Upon meeting these requirements, a licence will be issued.

HolyWeed: HolyWeed, a wholly-owned subsidiary of MPXI, is officially designated ‘Swiss Certified Organic’ and produces 100% Swiss grown cannabis light/high CBD pre-rolls, dry flowers, sublingual oils and cosmetics, all compliant with Swiss regulations of <1% THC. HolyWeed products are also available for sale online and delivered by courier free-of-charge across Switzerland. HolyWeed had a successful harvest of approximately 90,000 kilograms of high-CBD, organic “cannabis-light” biomass in the fall of 2019.

MPXI is developing plans to develop an EU-GMP-grade manufacturing facility to broaden HolyWeed’s product lines of CBD extracts and isolates for both domestic sale and export and plans to open branded retail stores in Geneva and Zurich. HolyWeed was also one of the first companies to have received authorization from the government of Belgium to commercialise CBD products with THC below 0.2% throughout Belgium.

MPXI Malta: MPXI Malta Operations Ltd. (“MPXI Malta Operations”), a Maltese-company owned by MPXI (80%) and Malta-based Bortex Group (20%) was awarded a letter of intent from Malta Enterprise, the economic development agency for the Republic of Malta, to receive a license to import, extract, produce finished products and distribute cannabis and cannabis derivatives for medicinal use in Malta and export to certain international markets, in particular the EU. Upon receipt of the Licence, which is contingent on the completion and EU-GMP certification of a cannabis processing facility, MPXI will produce EU-GMP quality cannabis oils and cannabis derivative products and pursue regulated medical cannabis distribution opportunities in the European Union through its medical brand, Salus BioPharma. On August 6, 2019, MPXI Malta Property Ltd., a Maltese-company wholly-owned by MPXI Malta Operations, completed the acquisition of all outstanding shares of Alphafarma.

MPX Australia: Construction has commenced on a 47,000 square foot indoor facility leased by MPX Australia and located in Tasmania, Australia. The facility will include a high-tech plant tissue culture lab, cultivation, extraction and processing facilities. The Australian project will target the growing domestic market as well as the emerging markets in New Zealand, the rest of Oceania and Southeast Asia.

South Africa: In anticipation of the completion of definitive documentation, construction has commenced on a 53,000 sq. ft. high-tech greenhouse in the Stellenbosch region of South Africa and has applied to SAPHRA for a license to cultivate medical cannabis.

The key financial measures indicated below were used by management in evaluating and assessing the performance of MPXI’s business for the fourth quarter and fiscal 2019. A more detailed discussion of these and other metrics, as well as operational events, can be found in the Company’s Financial Statements, and Management Discussion & Analysis (“MD&A”) filed on www.sedar.com.

The increase in general and administrative expenses for the three month and year ended September 30, 2019, as compared to the three months and year ended September 30, 2018, was primarily due to increases in salaries and benefits, consulting fees, office and general, and occupancy costs relating to the integration of Canveda, Spartan Wellness, and HolyWeed as well as costs associated with the Company’s continued growth

This increase in professional fees is due to the change in volume and complexity of accounting and legal services required by the Corporation driven by acquisitions and growth. These fees include expenses related to audit, advisory, legal work, government and investor relations, consulting and costs associated with the board of directors.

Other income and expenses

¹In this press release, reference is made to “EBITDA” and “Adjusted EBITDA”, which are not measures of financial performance under International Financial Reporting Standards (“IFRS”). Management defines “EBITDA” as the net loss adjusted by removing interest, tax, amortization and depreciation. Management believes “EBITDA” is a useful financial metric to assess its operating performance. Management defines “Adjusted EBITDA” as EBITDA adjusted by removing other non-recurring or non-cash items, including share-based compensation, transaction costs, non-cash consulting fees, accretion expenses, foreign exchange, the non-cash effects of accounting for biological assets, changes in the fair value of contingent consideration payable, write downs to inventory and losses on the disposal of property, plant and equipment. These metrics and measures are not recognized measures under IFRS, do not have meanings prescribed under IFRS and are as a result unlikely to be comparable to similar measures presented by other companies. Management believes adjusted EBITDA enhance an investor’s understanding of the Company’s financial and operating performance from period to period, because they exclude certain material non-cash items and certain other adjustments management believes are not reflective of the Company’s ongoing operations and performance. As such, these measures should not be considered in isolation or in lieu of review of our financial information reported under IFRS. See the Company’s September 30, 2019 MD&A for the period ended September 30, 2019 filed on SEDAR for additional information.

The Company will host a conference call on Wednesday, January 29, 2020 at 8:30 AM EST to discuss the results.

Investors are invited to listen via webcast available on the MPXI investor section of the Company’s website at https://ir.mpxinternationalcorp.com/.

Please visit the website 15 minutes prior to the call to register, download, and install any necessary audio software. For interested individuals unable to join the conference call, a replay of the call will be available through February 12, 2020, at 1-844-512-2921 (U.S. Toll Free) or 1-412-317-6671 (International). Participants must use the following code to access the replay of the call: 10008462. The online archive of the webcast will be available on the investor section of the Company’s website for 30 days following the call.

W. Scott Boyes, Chairman, President and Chief Executive Officer of MPXI, and David McLaren, Chief Financial Officer, will be answering shareholder questions at the conclusion of the call.

MPX International Corporation is focused on developing and operating assets across the global cannabis industry with an emphasis on cultivating, manufacturing and marketing products which include cannabinoids as their primary active ingredient.