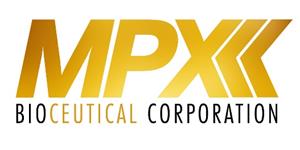 GreenMart NV, which is 99% owned by MPX, is the focal point of the Company’s expansion strategy in Nevada. GreenMart NV’s fully-operational cultivation, production and kitchen facilities produce MPX-branded wholesale products for both the adult-use and medical markets in Nevada. The Company is committed to growing market share in Nevada by expanding GreenMart NV’s reach to include more consumers and patients. Future plans also include entering into the higher-margin retail arena by applying for at least two dispensary licenses in the Las Vegas market which will operate under the “Health for Life” brand. The Company remains pleased with the progress at GreenMart NV, and has no immediate plans to sell its 99% ownership stake in GreenMart NV.

The Company is issuing this announcement in response to confusion in the market caused by the sale of a different Nevada-based company, which has no affiliation with MPX or GreenMart NV, but which has a similar name to GreenMart NV.