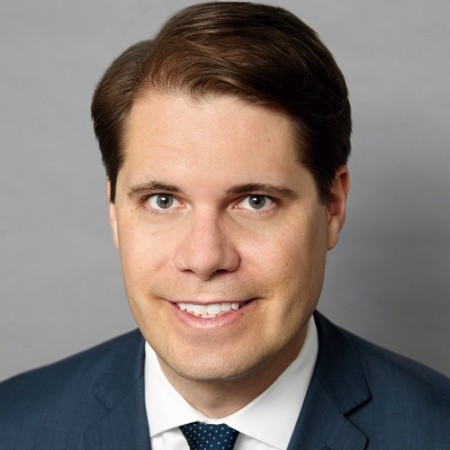 Clever Leaves is one of the largest-scale, lowest-cost cannabis producers, according to CEO Kyle Detwiler. Rather than building operations in markets where cannabis first became legal, this company has opted for federally legal markets with the environment to support low-cost cannabis growth. Detwiler spoke with New Cannabis Ventures about the company’s global operations in Colombia and beyond, plans to go public via a SPAC acquisition and continued growth. The audio of the entire conversation is available at the end of this written summary.

Prior to leading Clever Leaves, Detwiler built his career in private equity at firms like KKR and The Blackstone Group. He spent a lot of time working with healthcare investments and natural resource investments in Latin America. He saw the production of pharmaceuticals shift to a lower-cost model outside of the United States and saw how an agricultural operation like sugar cane could be done in a more environmentally and economically advantageous way in a market like Brazil. Detwiler applied these two ideas to cannabis, looking for a way to grow cannabis in a natural environment with significantly lower costs.

The company also has leaders in Portugal and Germany. In the United States, Detwiler highlighted the recent addition of General Counsel and Corporate Secretary David Kastin to the team. Kastin previously served as the General Counsel of The Vitamin Shoppe.

Clever Leaves’ operations are broken up into two main categories: its branded nutraceutical company in the United States and its global B2B cannabis business.

The company acquired a family-run nutraceutical company, Herbal Brands, in Arizona. Clever Leaves distributes products into more than 10,000 retail locations in the United States and largely operates as a standalone business. It will be a key entry point into the U.S. market when cannabis becomes federally legal, according to Detwiler. The company has U.S. team members in Arizona, Tennessee and New York.

On the international cannabis side of the business, Clever Leaves focuses on B2B operations. The company’s Colombia operations include approximately 400 employees, 1.8 million square feet of greenhouse and 40,000 square feet of extraction and R&D space. Its Colombia asset is EU GMP-certified.

In Europe, Clever Leaves owns 9 million square feet of land in Portugal. It is one of the few companies in the country authorized to cultivate, import and export cannabis, according to Detwiler. In Germany, the company has a minority investment in the company Cansativa, which has become a significant importer and distributor of cannabis. It also operates IQANNA, which focuses on importation strategy.

Realignment during the Pandemic

At the end of March and the beginning of April, the COVID-19 pandemic resulted in cargo flights being shut down in Colombia. Clever Leaves, which had a substantial shipment ready to go out to customers in Australia, took a hit. The shutdown of retail stores in the U.S. also proved a challenge to the nutraceutical business. But, the company was quick to realign its cost structure. Detwiler took a 40 percent salary cut, and the whole company pivoted to face the challenge.

The pandemic has also resulted in a slow-down of regulatory processes around the world. Clever Leaves was fortunate enough to undergo its EU GMP inspection in January and receive its certification in July, according to Detwiler.

While there is a global shift toward the legalization of cannabis, it will take time and it will not always go as expected, according to Detwiler. At the beginning of the year, he expected the Mexican market to open up and the Brazilian market to take a while longer, but the opposite happened.

The market in Brazil is largely pharmaceutical. The country has banned domestic production, and products will be sold in pharmacies and prescribed by doctors, according to Detwiler. With its EU GMP certification, Clever Leaves is well-positioned to take advantage of the opportunity in this market.

While federal legalization in the United States is not essential to its strategy, it remains a consideration. Again, EU GMP certification will give the company a competitive advantage when cannabis becomes federally legal in the U.S. Detwiler pointed with optimism to the Biden plan that would allow distribution in pharmacies potentially.

The company’s assets are underutilized today, allowing for expansion without the need to build more. It has plenty of organic growth opportunities to explore, but M&A is an option as well. Through the minority investment in Cansativa, Clever Leaves has helped that company go from importing one kilogram a month in Germany to up to 50 kilograms per month, according to Detwiler. The company has yet to ship its own products through Cansativa, but it has value as a standalone company.

Going forward, Clever Leaves will consider other opportunities to make partnerships like the one it has with Cansativa. As more markets open up, like the U.K., Australia, Brazil and South Africa, the company sees an interesting opportunity to find partners that need their strategic capital.

Clever Leaves has also signed a regional supply agreement with Canopy Growth, helping to accelerate its asset-light business model in Latin America, according to Detwiler. The company is focused on executing that agreement, and Detwiler sees the potential to expand a partnership like that in the future.

The company has a definitive agreement with the Schultze Special Purpose Acquisition Corp. (NASDAQ: SAMA) that will take the company public on the NASDAQ. The deal is expected to close in the fourth quarter, according to Detwiler. The company had been contemplating a going public for a while before ultimately determining that the SPAC route made more sense than a traditional IPO from a risk perspective, according to Detwiler.

The company has demonstrated an ability to raise capital, including $20 million raised after the onset of the COVID-19 pandemic. It has raised a total of $125 million and deployed most of that capital. It will be raising more capital when it closes the SAMA transaction, according to Detwiler.

The company has been able to attract institutional-grade investors. Farallon, a San Francisco-based hedge fund, is one of the largest investors in Clever Leaves. The company is hoping to attract other large investors like that, according to Detwiler.

Earlier on in the company’s history, it was funded by friends and family. But, it has also attracted investors, including some future customers, interested in the Clever Leaves model. It has received investment from operators in Brazil with which Clever Leaves is now partnering. The company has also attracted investment from pharmaceutical businesses in countries like Mexico.

Clever Leaves is estimating $12 million in revenue for 2020, and the company is still confident it will reach that number, according to Detwiler.

As it grows, the company tracks major metrics like revenue, gross margin and cash flow positivity. It also drills down into cultivation and extraction metrics. Clever Leaves wants to maximize the grams of cannabinoids per square foot per year. On the extraction side, the company looks at efficiency and costs. During the company’s first quarter, its operating costs for cultivation and extraction combined were approximately $0.15 per gram, significantly less than the average cost per gram for Canadian operators, according to Detwiler.

The Clever Leaves model depends on the internationalization of the cannabis supply chain. While delays in regulatory movement in that direction may be a challenge, the company is one of a handful with an EU GMP-certified asset. It is well-positioned to work with regulators around the world, advocating for regulatory progress in key markets.

To learn more, visit the Clever Leaves website. Listen to the entire interview: