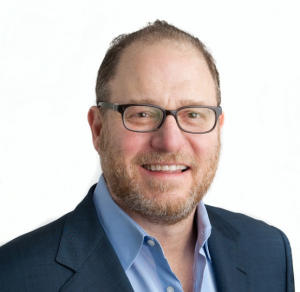 Multi-state operator Jushi (CSE: JUSH) (OTC: JUSHF) has $65 million in cash on its balance sheet, as of Dec. 31, 2019. Founder, Chairman, and CEO Jim Cacioppo spoke with New Cannabis Ventures about his company’s management team, plans to go deep in its existing states and its approach to funding. The audio of the entire conversation is available at the end of this written summary.

Cacioppo started analyzing and investing in the cannabis industry about five years ago. He didn’t find many companies with management teams he wanted to invest in, so he decided to create an MSO: Jushi.

As the company was built, Cacioppo took a management first approach. He brings his experience from the hedge fund world, and a number of other team members who he previously worked with him in the financial space are a part of the Jushi team.

Additionally, Jushi acquired The Clinic, an operator out of Colorado. The acquisition was not about hard assets, but rather intellectual property and a strong management team, according to Cacioppo. EVP of Operations Ryan Cook runs the Denver office, which the company views as its HQ2. This office houses Jushi’s cannabis expertise, with team members like Vice President of Manufacturing Kim Eastman.

The company’s HQ1 is in Florida, where Cacioppo is based. Here, Co-President and Founder Jon Barack (who worked with Cacioppo at One East Partners) also brings his financial acumen to the table.

Max Cohen, the founder of The Clinic, stepped away from his role as COO, remaining as an independent director. This move was always planned, according to Cacioppo.

Other important members of the Jushi leadership team include CFO Kim Bambach, VP of Human Resources Nichole Upshaw, and EVPs and CO-Heads of Legal Affairs Matt Leeth and Tobi Lebowitz.

The company currently has 240 team members, but its focus on adding retail locations will increase that number significantly. Each new store opening adds about 20 people to the team, and Cacioppo expects Jushi to have 350 to 450 employees by the end of the year.

Jushi focuses on defendable markets with the opportunity to build a significant market share. For example, the company operates 15 of the 150 dispensaries allowed under the Pennsylvania program, equating to 10 percent market share, according to Cacioppo. Markets that allow companies to operate only a small number of dispensaries, such as Massachusetts, are not of interest to the company. The company also likes limited license markets, like California. Jushi has one of 17 operational licenses in San Diego.

When it comes to acquisitions, the company has a rigorous process for vetting opportunities. Its originations team, a part of its business development group, is responsible for getting to know the markets and the people operating in them. They then bring potential deals to the company for due diligence. Jushi’s in-house legal team, supplemented with external counsel, negotiates contract terms. The company does the work upfront to understand any potential liabilities and to avoid any potentially bad investments.

Cacioppo has a background in distressed assets, and the current market presents opportunities to take advantage of that experience. With a strong balance sheet, Jushi is keeping an eye open for other potential assets to pick up.

The company’s owned brands include The Lab, Beyond/Hello, and Nira. The Lab, which came out of The Clinic, is a concentrates brand that Jushi plans to roll out across the country.

Beyond/Hello is the company’s acquired retail brand. It is currently focused on Pennsylvania, but the company plans to expand its presence.

Nira, developed by Dr. Laszlo Mechtler, is a CBD brand. Jushi plans to roll out a THC formulation of the product, Nira Plus, in Virginia.

In addition to its owned brands, Jushi is planning to carry third-party brands, such as those developed in California, on its platform.

Approach to Funding and Capital Allocation

In January, Jushi closed $47 million in debt financing. Cacioppo pointed out that Jushi is the only small-cap MSO in the industry to have completed a debt deal. It has raised $185 million to-date, $40 million of which comes from founders and employees.

Jushi is looking at other ways of raising capital, including a sale-leaseback transaction on one if its California retail locations. The company will also consider hybrid instruments and returning to the equity markets as it grows and needs more capital for acquisitions.

The company has also managed market volatility by selling assets. For example, it sold a minority interest in a New York license to Cresco Labs (CSE: CL) (OTC: CRLBF), making three to four times on its investment.

When it comes to allocating capital, the company takes a disciplined approach. Jushi does a significant amount of analysis to understand the cash flow of anything it is opening or buying. The company also focuses on controlling operating costs.

Jushi has given guidance fore exiting 2020 with a run-rate of $150 to $180 million. That growth, according to Cacioppo, will be driven by store openings in Pennsylvania, the closing of a San Diego acquisition, the opening of a Santa Barbara store, the transition of medical stores to recreational in Illinois, and opening new recreational stores in Illinois. Though there is some uncertainty due to regulatory timing, Cacioppo is confident in the company’s track record of opening stores. He expects to see organic growth on top of store openings as activity increases in states like Pennsylvania and Illinois.

In 2020, Cacioppo recommends investors watch Jushi’s quarterly revenue run rate. Moving into 2021, the company is expected to reach cash flow and its breakeven point, and investors can begin to watch the company’s margins, as well as continued revenue growth.

Jushi, like the rest of the industry, is challenged by regulatory uncertainty and rapidly scaling operations, but Cacioppo is confident in the strength of his company’s management team and its balance sheet.

To learn more, visit the Jushi website. Listen to the entire interview:

Jushi to Raise $68 Million in Debt at 12% With Warrants