With 23 stores operating in two provinces, seven applications underway in B.C. and a focused strategy for Ontario, we are poised to continue growing our leading footprint at a national level, while driving solid financial performance for our shareholders. I am very proud of our team’s operational execution, which has resulted in our retail cannabis operating business unit generating consistently strong revenue growth and positive Adjusted EBITDA. 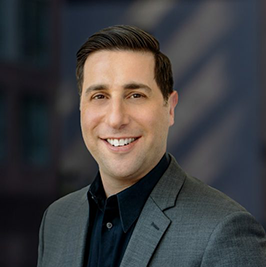 Our team is focused on accretively building our national retail footprint to 40 stores by the end of calendar 2019, while maximizing the same-store sales growth and contribution of individual store locations. As the Canadian cannabis market finds its footing, we also expect supply issues to begin to abate, which will enable us to continue offering our customers the wide selection they are used to, while optimizing our working capital and Adjusted EBITDA for the benefit of shareholders.

1Adjusted EBITDA is a non-IFRS measure that does not have a standardized meaning prescribed by IFRS.  For more information and a reconciliation of non-IFRS measures to the closest IFRS measure, see below under “Financial Measures”, or find additional detail in the “Non-IFRS Financial Measures” section in the Company’s Interim MD&A – Quarterly Highlights for the three and six-month period ended February 28, 2019, available on SEDAR and on the Company’s website. 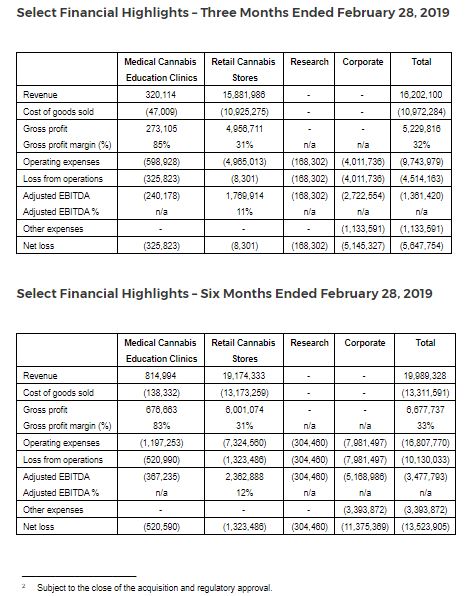 There are measures included in this news release that do not have a standardized meaning prescribed by IFRS and therefore may not be comparable to similarly titled measures and metrics presented by other publicly traded companies. The Company includes these measures because it believes certain investors use these measures and metrics as a means of assessing financial performance. EBITDA (earnings before interest, taxes, depreciation and amortization) is a non-IFRS financial measure that does not have any standardized meaning prescribed by IFRS and may not be comparable to similar measures presented by other companies. 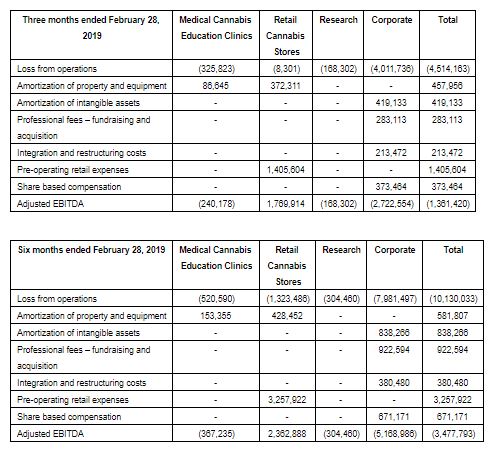 Management defines Adjusted EBITDA as the net loss from operations, as reported, before interest, tax, and adjusted by removing non-cash items, including stock-based compensation expense, depreciation, and further adjusted to remove integration and restructuring related costs, as well as upfront costs required to open a retail store. Management believes Adjusted EBITDA is a useful financial metric to assess its operating performance on a cash adjusted basis before the impact of non-cash items and acquisition related costs. Adjusted EBITDA is a non-IFRS financial measure that does not have any standardized meaning and therefore may not be comparable to similar measures presented by other issuers.

NAC Enters into Agreement to Issue Shares for Services

The Company today announced that National Access Canada Corporation (“NACC”), a subsidiary of NAC, has entered into an agreement with Kyle Wilson, pursuant to which NACC has agreed to issue common shares of the Company to Kyle Wilson in exchange for consulting services previously rendered by Kyle Wilson. Pursuant to the terms of the agreement, NACC will pay a total fee of $82,800, to be paid by way of common shares of the Company.

NAC Grants Stock Options to Officer of the Company

The Company has granted stock options to purchase an aggregate of 500,000 common shares of the Company to an officer of NAC. The stock options have an exercise price of $0.92 per common share and expire four years from the date of grant. One-fifth of the options granted vest six months following the date of the grant, with the remainder of the options vesting over the course of four installments, each installment vesting every three months thereafter.