While the number of dispensaries open in Nevada remains quite low at just 7 despite 55 provisional licenses being issued, one promising sign for the state’s medical cannabis program is the solid growth in cardholders.  The state reports data monthly on its website, and the most recent report indicates almost 13K registered patients: 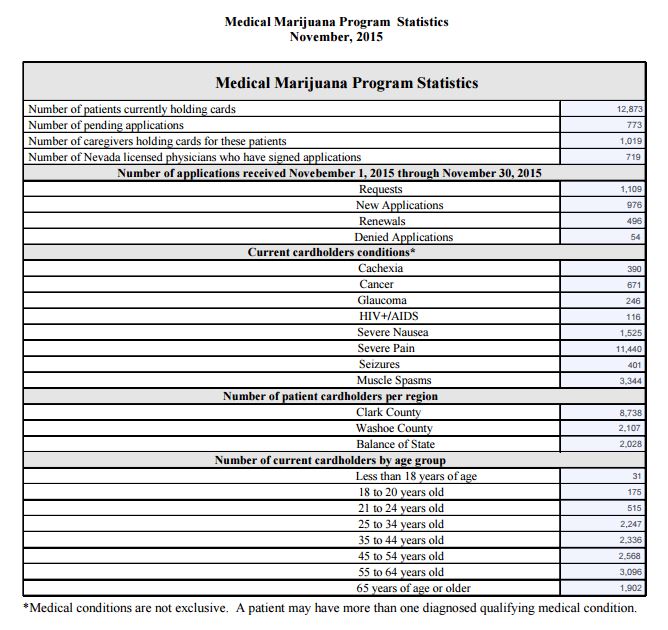 The growth in the number of cardholders, which also includes those who grow at home, has accelerated dramatically over the past few months: 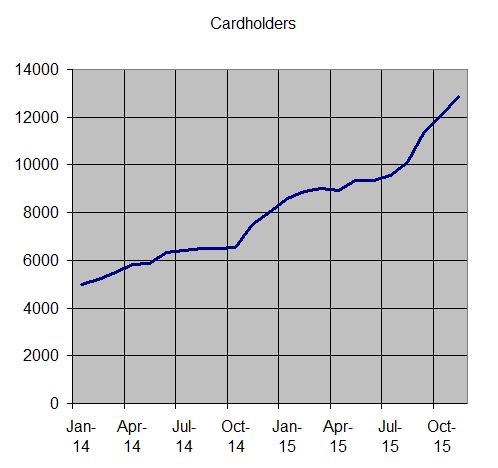 It’s not surprising that growth picked up after dispensaries started opening, as the card, which is good for a year, costs $113.25 (including a fee paid to the DMV to print the card) and also requires a doctor visit in order to get a referral.  In November, growth was 71.8% above the year-ago number.  Compared to August, it increased 27.2%, which would annualize to 162% growth if the pace is maintained.

The chart below looks at the number of patients by age ranges.  0.2% of card-holders are under 18 and are excluded from this data, which compares the cardholders to the overall population based on 2010 census data. 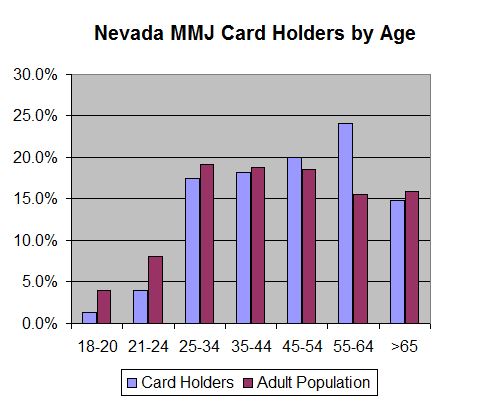 Nevada has about 2.8mm residents, and, based on Colorado and California experiences, one should expect perhaps 2% of the population, or 56K, to become medical cannabis cardholders. So, while the growth is really starting to accelerate, there is room for considerable expansion given just 13K patients registered so far.  One positive aspect of the Nevada program for the industry is that there is reciprocity with other states such that out-of-state patients can sign an affidavit that represents that they are cardholders in their own state and be able to purchase medical cannabis, a move that dramatically expands the potential market.