Cannabis Lab Testing As a Percent of Sales Varies Dramatically

It can be very difficult to get operational and financial data on cannabis cultivators and dispensaries given that the industry is almost entirely privately held.  Most states don’t publish data even in aggregate and certainly not at the operator level.  Earlier this year, New Mexico, which requires its licensees to operate as not-for-profits, changed its confidentiality rules and began to publish this data. The Santa Fe Reporter took this data recently and made it available to the public using Silk.

The data is  presented in many ways, and the user can create one’s own formats. The site includes a datacard for the Q1 data from each of 22 producers, the largest of which, as measured by sales, is The Verdes Foundation: 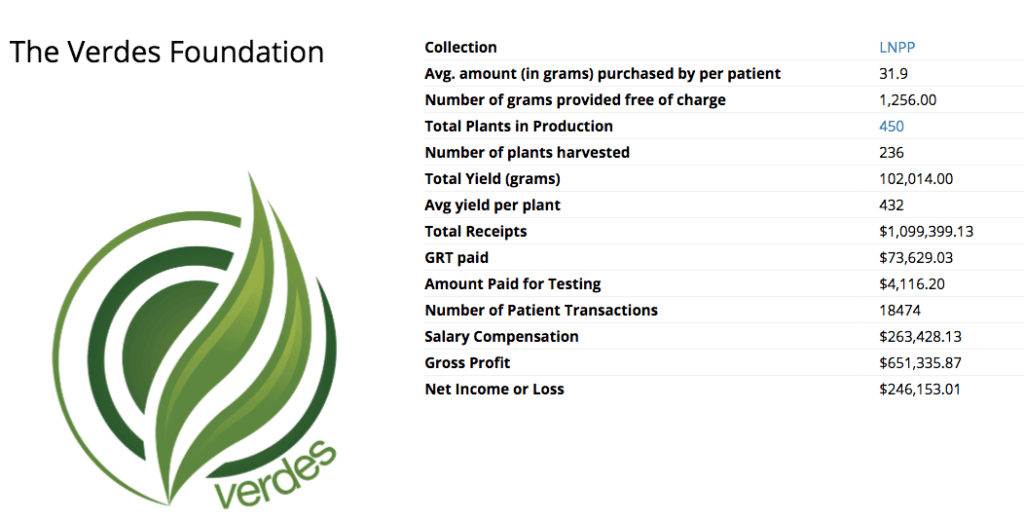 The database that Santa Fe Reporter has created on Silk allows the user to create charts and graphs. For example, here is a scatter diagram of sales vs. amount spent on lab testing:

This shows outliers, and one can click on the dot in the chart to identify the LNPP.  In this case, two relatively smaller LNPPs, Cannaceutics and NM Alternative Care, spent about 3X more than the leading LNPP in terms of sales, Verdes, on lab testing despite having dramatically lower sales.  Using the data provided, one can calculate a ratio of lab test spending relative to sales (note that one producer is excluded due to its not being required to test as a result of its geographical location): 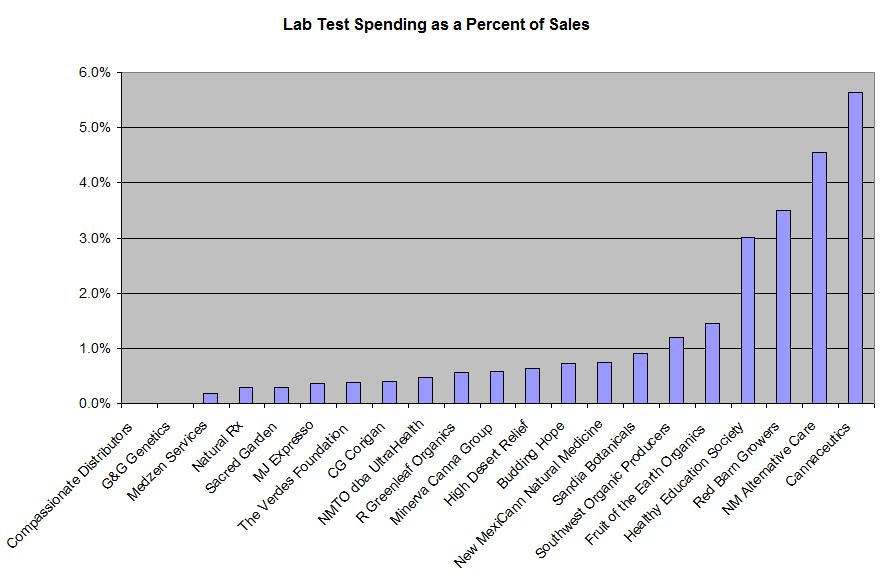 It is somewhat surprising to see such variability between the LNPPs, with 4 spending more than 3% of sales to test, 2 spending between 1 and 1.5%, and 15 spending less than 1%. NM Alternative Care’s website points to this spend as intentional, suggesting “All product undergoes full panel third party laboratory testing above and beyond state requirements.” Consumers who are concerned about potential contaminants or potency will find this information very helpful.