Total cannabis industry revenues reached nearly $40.3 million for the first six months, increasing by 84 percent over the same period in 2016.

Ultra Health continues to lead all percentage gainers, with sales from the first six months of 2017 increasing by 130 percent over the same period in 2016. Only two licensed producers saw negative growth during the period.

The Medical Cannabis Program total revenues are projected to top $89 million by the end of the year, an increase of 77 percent over total revenues in 2016.

While the upcoming revenue milestone is exciting, the program would have the potential to easily surpass $100 million in annual revenues if the New Mexico Department of Health would simply allow producers to fulfill their patient commitment and provide an adequate supply of medicine. 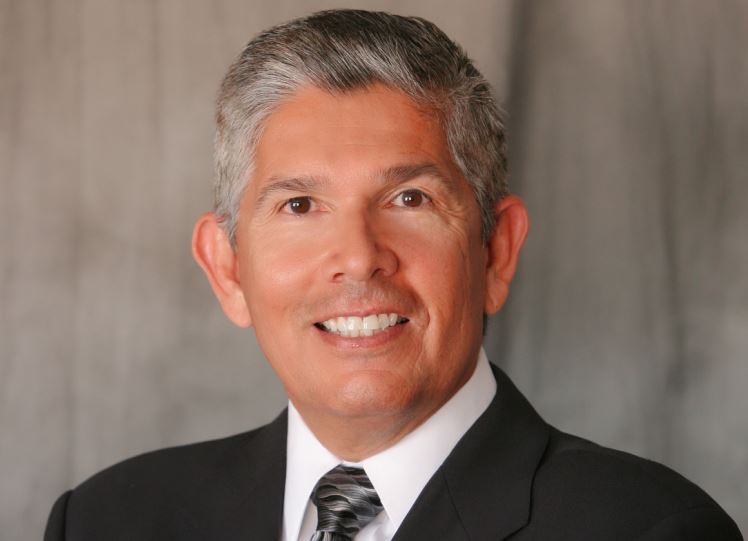 The New Mexico Department of Health (NMDOH) imposed a 450 plant cap without the approval of the state’s Legislature, and the cap has resulted in historical shortages and market inefficiencies. For example, the industry’s top ten producers are limited to one-third of all plants available while still providing medicine for nearly two-thirds of all patients.

Based upon the product in inventory reported by the 35 licensed producers as of June 30, 2017, the program is currently operating on less than a two week supply of medicine for patients. The current statute guarantees patients can access “the uninterrupted availability of cannabis for a period of three months…”

“The 450 plant cap imposed by NMDOH is unlawful, and the department’s insistence on limiting the number of locations a provider can operate based on that cap has resulted in ongoing shortages of the availability and access to medicine across the state, particularly in our rural communities,” Rodriguez said.

The number of available plants per patient in New Mexico has dropped a drastic 40 percent over the last year. Regionally, producers in states such as Arizona and Nevada are allowed to cultivate plants without production limits. Concurrently, producers in Colorado’s medical cannabis program are limited to six plants per patient or nearly 20 times the amount allowed for a comparable New Mexico patient.

The current plant cap for producers in New Mexico is resulting in each patient being allowed the equivalent of one-third (1⁄3) a single plant per patient. By contrast, NMDOH does allow 16 plants for each of the 6,113 registered Personal Producer License (PPL) holders, yet NMDOH has failed to create any regulations to allow medicine produced by PPL holders to be securely tracked, tested for safety or allowed for transfer to other licensed producers or patients.

The Lynn and Erin Compassionate Use Act does not mandate NMDOH to set a plant cap restriction. NMDOH adopted the arbitrary 450 plant cap citing concerns about federal intervention, which has never occurred against a legally licensed cannabis operator in New Mexico or any other state. NMDOH also cited concerns about possible diversion of product to the black market.

Ultra Health filed a lawsuit last year challenging the plant restriction and demanding instead an adequate supply for patients as guaranteed by statute. A non-jury trial date has been set to begin at 9:00 a.m. on August 14, 2017 before Santa Fe District Judge David K. Thomson.

Effective August 1, 2017, the 35 medical cannabis providers in New Mexico altogether are expected to relicense substantially the same amount of plants for the 2017-2018 period as the previous year, while patient enrollment in the program is anticipated to be up by 70 percent for the same period. 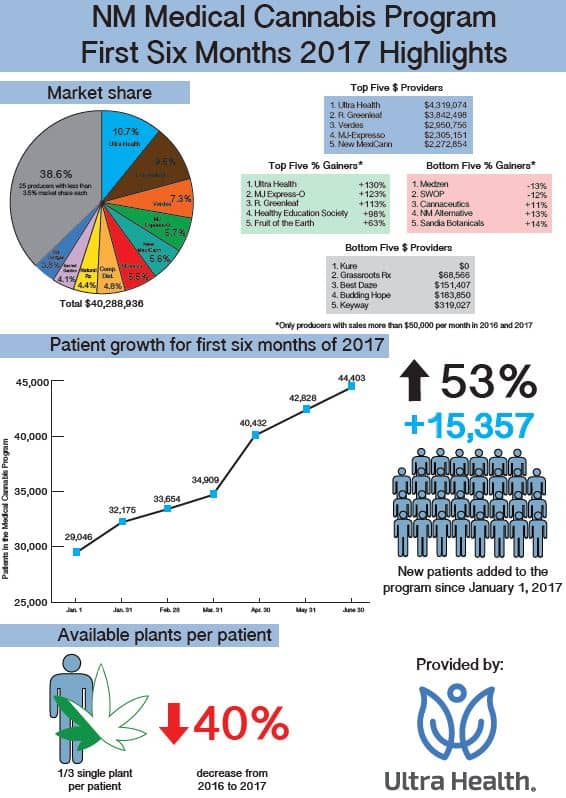