TORONTO, May 28, 2018 (GLOBE NEWSWIRE) — Newstrike Resources Ltd. (TSXV:HIP) (The “Company” or “HIP”) announced today the achievement of significant milestones and a strengthened financial position for the three months ended March 31, 2018. The Company’s wholly-owned subsidiary, Up Cannabis Inc., is a licensed producer of cannabis and related products under the Access to Cannabis for Medical Purposes Regulations (the “ACMPR”). The Company is pleased to report that its interim financial statements (the “Financial Statements”) and management’s discussion & analysis (“MD&A”) for the period ended March 31, 2018 are available on SEDAR at www.sedar.ca.

We achieved a number of important financial and operational milestones during and subsequent to the first quarter of 2018. Most importantly, we are confident we are now sufficiently financed to aggressively execute our business plan and growth strategies. 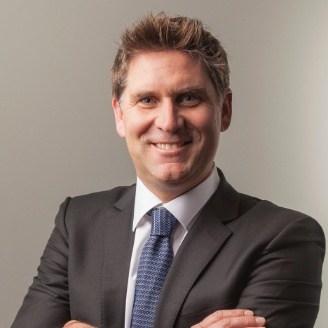 The Company recorded net income of $ 3,093,313 in the first quarter as a result of the receipt of the Termination Fee and a favorable revaluation of biological assets of $896,920 to generate non-operating revenue of $10,473,407.

Major costs continue to be the branding and marketing efforts of $536,857, a share-based compensation charge of $3,740,609, salaries and wages with the hiring of several key senior executives of $621,439 and other growth-related costs including travel, telecommunications and IT.

STRONG FINANCIAL POSITION
On February 22, 2018, the Company completed a bought-deal equity offering, issuing a total of 69.7 million Shares, including an Over-Allotment option, at $1.32 per share, and 73.8 million share purchase warrants at an exercise price of $1.75 exercisable within 24 months, for total net proceeds of approximately $86.0 million.

With the receipt of the termination fee and the favorable revaluation of biological assets, the Company recorded non-operating revenue of $10.4 million for the three months ended March 31, 2018 and generated net income of $3.1 million.

SIGNIFICANT MILESTONES ACHIEVED
The Company received an amendment to its cultivation licence from Health Canada to allow for sales of cannabis on January 5, 2018 and received its cultivation licence at its Niagara facility on March 29, 2018. In addition, the Company has accumulated dried and finished goods cannabis inventory valued at $5.8 million as at March 31, 2018. The inventory increase, combined with the new licence and licence amendment for sales, further positions the Company to capitalize on growing demand for its products in anticipation of the legalization of adult-use cannabis.

The Company has also accelerated the construction and expansion of its Niagara facility and engaged in various marketing initiatives, developed an on-line presence and added experienced production and management people to build the Company’s Up Cannabis brand and consumer awareness.

The Company remains focused on the adult–use cannabis market, which remains subject to the coming into force of Bill C-45 (the Cannabis Act) (“Bill C-45”). Therefore, the full execution and realization of the Company’s strategy and path to revenue is contingent on the passing and Royal Assent of the legislation. At this time, Bill C-45 has passed second reading in the Senate and has been schedule for third reading on or before June 7, 2018.

SUBSEQUENT EVENTS
On May 23, 2018, the Company announced that it had entered into an investment agreement with Inner Spirit Holdings Ltd. pursuant to which both Newstrike and Inner Spirit will acquire equity interests in each other and enter into a companion strategic alliance agreement for the retail distribution of Up Cannabis products and the creation and operation of Up Cannabis-branded customer lounges or “Experiential Hubs” in each of Inner Spirit’s stores. Inner Spirit has extensive franchise, marketing, real-estate and retail experience that it intends to capitalize on by establishing a chain of branded adult-use cannabis dispensaries across Canada under the “Spiritleaf” banner. To date, Spiritleaf is the only Canadian retail cannabis company to be granted membership into the Canadian Franchise Association and has over 100 franchises in various stages of development.

On May 24, 2018, the Company announced that it has entered into an agreement with a syndicate of investment dealers pursuant to which the Underwriters have agreed to purchase 53,350,000 units from the Company at a price of $0.75 per Unit for total gross proceeds of approximately $40 million. Each Unit will consist of one common share and one-half of one Common Share purchase warrant. Each Warrant will entitle the holder to purchase one Common Share at a price equal to $1.00 for a period of 60 months following the closing of the Offering. In addition, the Company has granted the Underwriters an option to purchase up to an additional 15% of the Units of the Offering on the same terms exercisable at any time up to 30 days following the closing of the Offering. The net proceeds of the Offering will be used for growth initiatives, working capital and general corporate purposes.

On May 28, 2018, the Company announced that it had sold all of its shares in Enderlein Nurseries Limited.