The Global Cannabis Stock Index fell for the eighth consecutive month, declining 8.8% to 41.06: 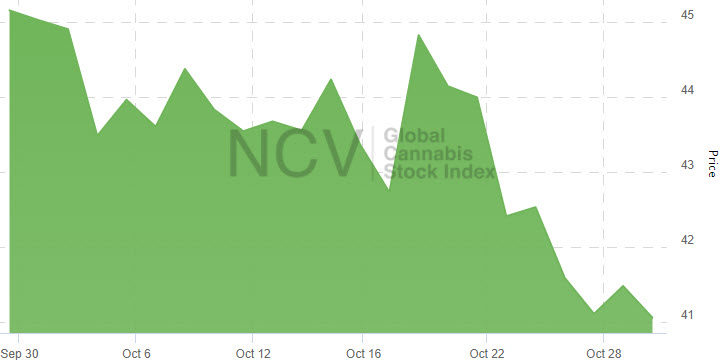 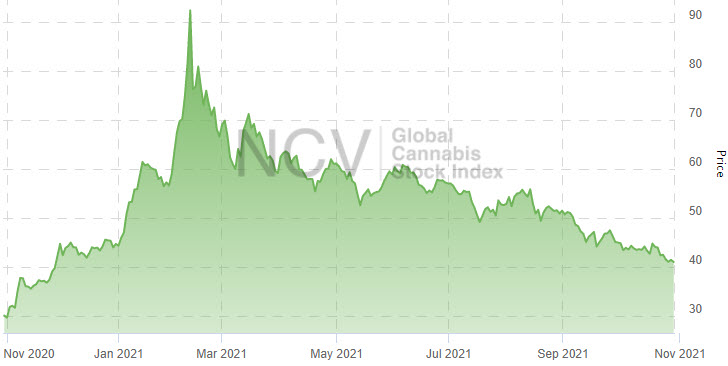 The strongest 4 names in October all gained at least 8%:

The 4 weakest names in October all declined by more than 22%: